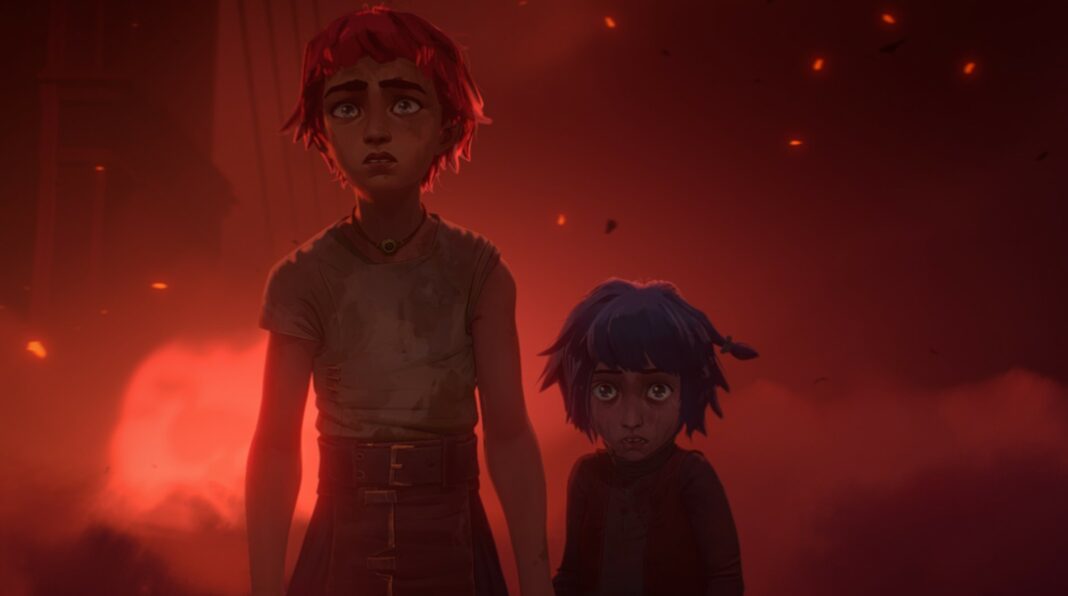 Imagine Dragons has released “Enemy,” a new song from Netflix’s “Arcane” League of Legends animated series, which is based on Riot Games’ popular multiplayer online battle arena game. The series, created by Riot Games Creative Director Christian Linke and Creative Designer Alex Yee, is set prior to the events of the source game, in which the rich city of Piltover and the seedy underbelly of Zaun find their tensions rising as the former develops a drug called shimmer that turns humans into monsters, and the latter develops a way to harness magical energy with hextech. Vi, Jinx, Caitlyn, Jayce, and Viktor are just a few of the League of Legends champions whose origin stories will be shaped by the rivalry between the two cities.

Imagine Dragons have released their new track “Enemy,” which they collaborated on with J.I.D, from Netflix’s “Arcane” League of Legends series, just a week before it premieres. The video features the musical artists as animated characters, as well as glimpses of Powder’s transformation from an innocent young girl to the fan-favorite loose cannon Jinx. Here’s a link to the music video:

Imagine Dragons have already made songs for Transformers: Age of Extinction, Passengers, and Ralph Breaks The Internet, as well as having a variety of other songs used for other advertisements over the years. The music video will undoubtedly be a welcome addition for fans of the pop-rock band as well as an attractive pull for those interested in the “Arcane” League of Legends. The video not only gives viewers a glance at the show’s unique animation style but also provides a fascinating insight into Powder’s transformation into Jinx.

While casual viewers may not notice the similarities, veteran fans of the franchise will undoubtedly be piqued by “Arcane” League of Legends’ elaboration of the character’s lore. Jinx’s origins in the games are mostly unknown, save for the fact that she was an innocent girl raised in Zaun who became the destruction-happy wildcard and has a mysterious infatuation with Vi, who can also be seen in the video. When “Arcane” League of Legends premieres on Netflix on November 6, only time will tell how fans react to this expansion of the mythos.

The TOP 9 Characters in Dr. Death