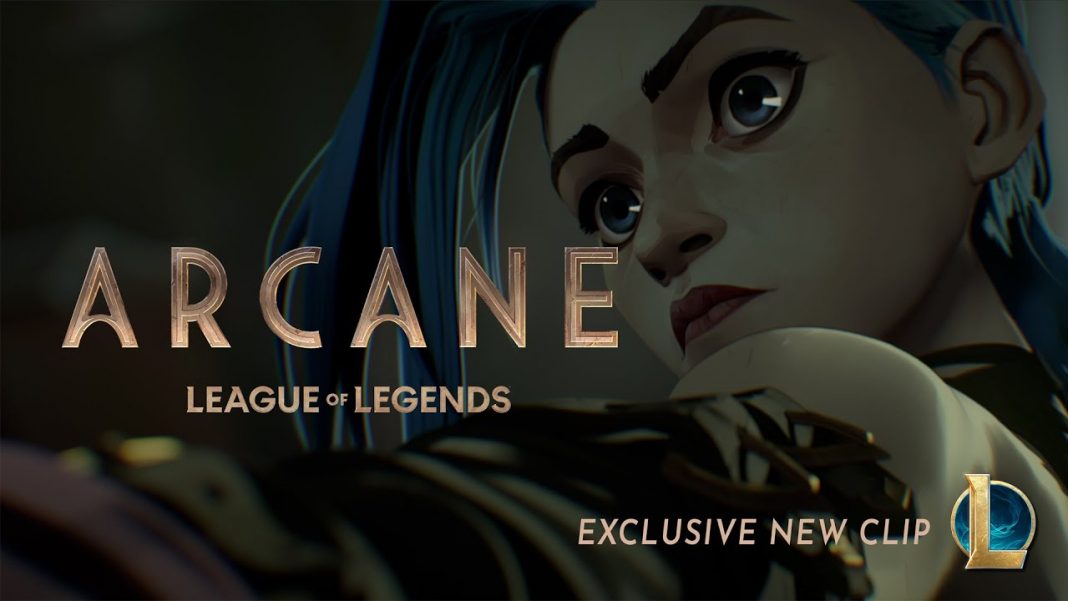 Any updates on Arcane?

There isn’t much news besides the official announcement, not to talk about the release date, let us hope it won’t get pushed any further, and we will enjoy it soon this fall. Despite the lack of news, there are always speculations that build up tension and interest. Did you see the latest sneak peek that was posted on the League of legends official YouTube channel? It’s down below; make sure you don’t miss it.

The first thing we noticed, that Jinx eyes aren’t pink yet that means we’ll see her as something more than a psychopathic chaos machine; just to clarify, Jinx wasn’t always insane; once they’re pink, we know that she has finally lost it. Also can’t wait to see how the Fiddlestick reference with the crow unveils itself. Will, we get a backstory on that his quote, “ALL YOUR FAULT!”?

Where is Arcane and who dwells upon it’s depths?

If you have played League of Legends, you probably already know that Jinx and Vi don’t have the best sister relationship. As the lore follows, Jinx is an infamous and psychotic terrorist while Vi is a law enforcement representative. Hopefully, Arcane will show us the story of how these two sisters ended up where they are today.

There is no doubt that other League of Legends characters are going to star in the show. It’s clear to assume that by the looks of the terrain, the story is taking place in Piltover and Zaun. It’s located in the center of the Valoran cliffs that are surrounded by the ocean, in the city with an artsy look and steampunk aesthetic, where you can find a bunch of hextech technologies. But Zaun carries a much darker contingent within it because it’s located below the Piltover, which contains only pipe mazes that are crawled by bandits and mad scientists, all of that surrounded by industrial waste and pollution.

Runeterra hasn’t shown up anywhere else, but there’s plenty of other locations from the lore that could be included in the show. Here’s a list of all the champions that are associated with Piltover and Zaun, whom we will possibly be seeing in the series:

Previous articleRecap of The Stand’s Finale: Be True
Next article“The Last of Us” Budget reveal makes the whole series promising

Showrunner Of “Y: The Last Man” TV Series Is Planning On Having 5 Seasons