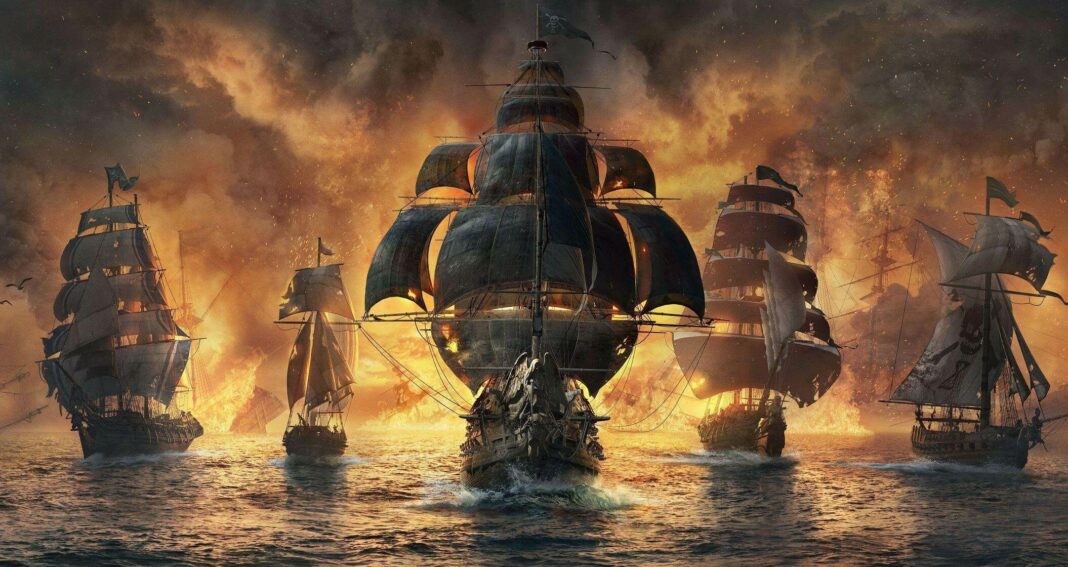 “Skull and Bones”, a seafaring adventure from Ubisoft, has been given an ESRB rating of “Mature.”

“Skull and Bones”, a new IP from Ubisoft, has yet to receive a release date or even a release window. This is good news for pirate-loving gamers who have been waiting for some time for more information about the game (although rumor has it, that may be about to change).

In order to become a pirate captain, players assume the role of a shipwrecked outcast in this naval-combat action game, according to the game’s ESRB description. It gives us a taste of the game’s mechanics and gameplay.

Players can explore settlements and take part in exciting sea battles while completing missions. Players direct their crew to fire cannons at rivals (such as warships, merchant ships, settlements/forts) from a first-person perspective in an attempt to obtain loot/goods.

As ships are rammed and boarded, crew members shoot and slash at each other in brief cutscenes. Gunshots, cannon fire, explosions, and blood splatters serve as the game’s primary visual effects. Some territories depict corpses impaled on spikes or hanging from nooses; beaches may show corpses and large bloodstains in the aftermath of battle.

There is also some information about the settlements we may visit, including opium dens and brothels, where the employees will yell at us to shiver our bones with saucy slurs.

“Skull and Bones” has already been classified by rating boards in Brazil and Australia, so this isn’t the first time it’s gone before them. It does, however, imply that the game will be released sooner rather than later. In any case, I hope.

Ubisoft’s multiplayer game, Pirates of the Caribbean: On Stranger Tides, appears to be coming to PC, PlayStation 5, Xbox One X/S, and Google Stadia in 2022. “Skull and Bones” is on track to be released by the end of the 2022 fiscal year, which would put it out in March of 2023 at the earliest.

Ubisoft is preparing to re-release “Skull and Bones” during the week of July 4, according to an insider. Ubisoft is expected to finally announce a release date for the long-awaited title, officially reveal gameplay, and provide additional information about the game.

“Skull and Bones” was first unveiled at E3 2017 but has been plagued by delays ever since, with only two more delay announcements in 2018 and 2019 to show for it.

Previous article“Final Fantasy 16″‘s Battle Party Characters are “fully AI-driven”
Next articleFollowing the Harassment of Developers, the “God of War: Ragnarok” Studio Has Issued a Call for Respect

The Redguard’s Religion Will Be In “The Elder Scrolls 6”