Finding new gear to wear as you level up is one of the most thrilling features of “The Elder Scrolls Online”. From the start of the game, you’ll most likely be dressed in rags scavenged from dead opponents and purchased for pennies on the dollar at a vendor’s shop. You will, however, gain new pieces of armor as you progress through the game’s main campaign or through a specific expansion.

While these parts will not always match, you can begin to investigate their various characteristics. This will eventually allow you to begin constructing more powerful armor that can be combined into a set. Of course, the numerous classes in “The Elder Scrolls Online” necessitate the use of distinct qualities and armor. You can use the information below to determine which armor set is appropriate for your particular character. At least one of the greatest ESO armor sets will be available to each class. The best armor sets in “Elder Scrolls Online” are listed below.

Because, well, who wouldn’t want to traipse around the regions of Skyrim or Morrowind as a Magicka-adept hero (or villain), the Sorcerer class is one of the most popular in ESO. In ESO, sorcerers usually wear light armor, and the gear they choose will boost their overall Magicka or Spell Critical stat. Sorcerers should prioritize two armor sets above the others.

Law of Julianos – This set tries to boost Sorcerers’ Spell Critical stat. This helps you to deal with more critical strikes with your spells, for those who are ignorant. The Spell Critical stat will be enhanced if you equip two items from this set. Additionally, equipping four things will boost the stat even more. Players’ base Magicka will be boosted for three items, while all five items will improve Spell Damage. If players know six attributes for each piece of armor, they can make this set.

Mother’s Sorrow is one of the most popular Sorcerer sets. All players need to do is equip two things to enhance their maximum Magicka, with successive pieces increasing Spell Critical. Dark Anchors, Delves, Public Dungeons, and world bosses are all places where players can find this outfit in Deshaan. 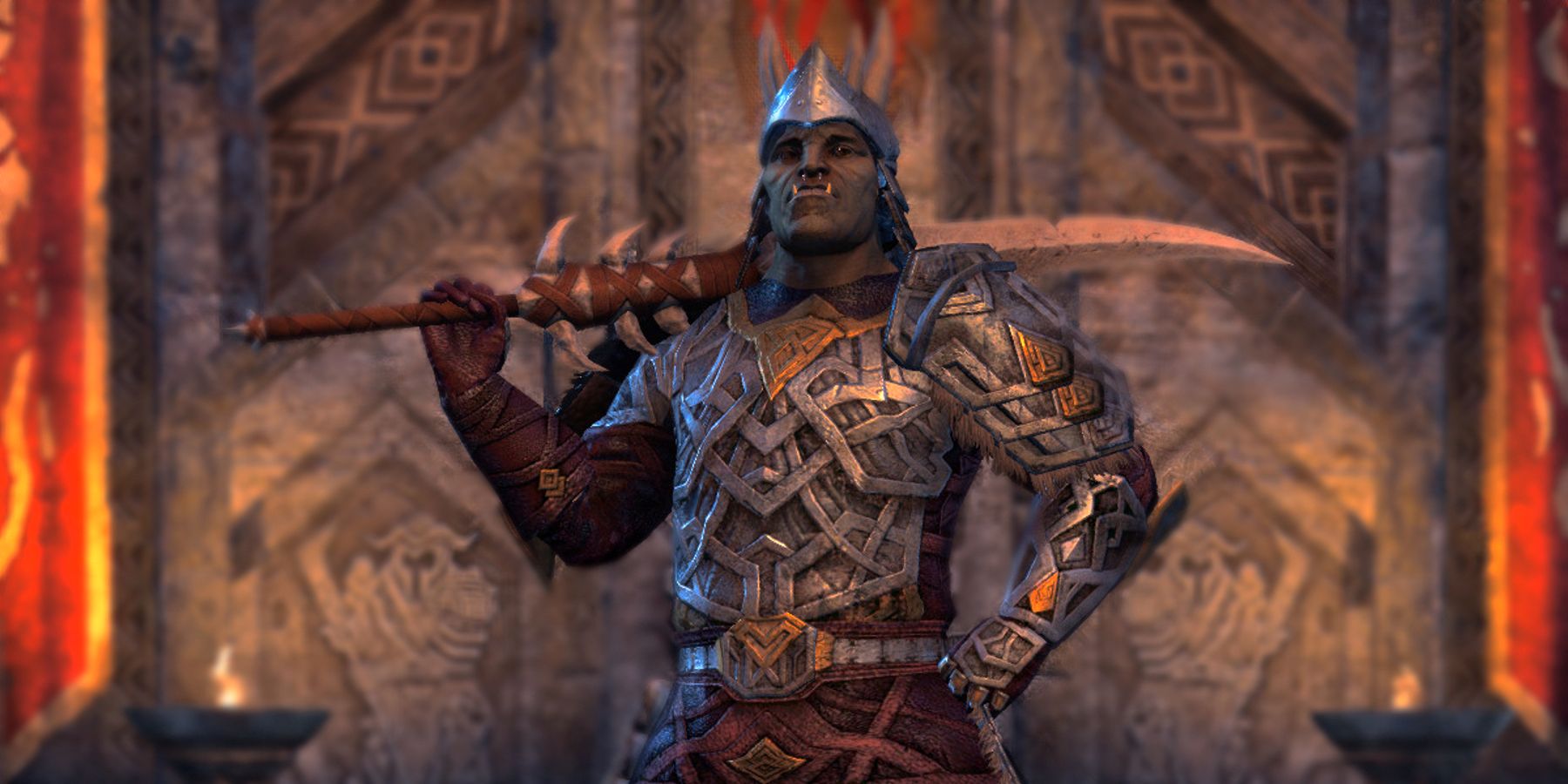 The Dragonknight is one of ESO’s best starting classes, as well as one of the most popular. While more experienced players will eventually create a new character, the Dragonknight is the sole class available to some gamers. If this is the case, the top armor sets will be required. The Dragonknight typically wears heavy armor, although if the correct armor combination is worn, players can get away with medium armor.

Ebon Armory – This is the most common armor set worn by most Dragonknights in ESO. It primarily enhances maximum Health, but it also boosts Healing Taken if players equip four of the set’s items and increases Health for party members if players max out at five. Ebon Armory not only provides amazing healing benefits that turn the Dragonknight into a full-fledged tank, but it also looks fantastic when fully assembled. This set may be obtained by completing the Crypt of Hearts I and II Dungeons.

Kinra’s Wrath – Unlike Ebon Armory, this set is primarily for Dragonknight players aiming to boost their DPS. Players who equip two of the set’s items will earn increased Weapon Damage, which increases to four items. By applying Burning Heart to adversaries more times, you can boost light and heavy attack damage. Burning Heart can stack up to five times, at which point the player gains Major Berserk and party members gain Minor Berserk. At Black Drake Villa, Kinras’ Wrath can be found.

The Necromancer is a unique class in that they can choose what kind of armor they wear. Necromancers are a popular single class, and those players will need top-tier armor sets to endure the challenges that ESO throws at them.

Mother’s Sorrow – This outfit has been carried over from the greatest Sorcerer armor set for a reason. Necromancers need a lot of Magicka to raise an army of the dead, and Mother’s Sorrow gives you a boost to your maximum Magicka if you have enough pieces. Spell Critical has also been boosted, allowing players to hit harder while attacking an adversary without the help of an undead companion.

Hunding’s Rage takes a more deliberate approach to dealing with damage in this set. Two or four components from the set can be equipped to raise Weapon Critical, while three items boost maximum Stamina. Finally, five things boost Weapon Damage overall. Hunding’s Rage allows players to become more of a DPS character, capable of running around adversaries and doing damage with a variety of strikes. Players who have learned six Traits can make this set.

Perfected Arms of Relequen – To begin, we’ll utilize a build that prioritizes stamina and overall damage. Weapon Critical and maximum Stamina can both be increased with this armor set. Players will gain a Minor Slayer if they equip three items. Players will earn an increase in physical damage with light and heavy attacks after they have five items. Perfected Arms of Relequen can be found at Summerset’s Cloudrest location via the Mini-Trial.

Mother’s Sorrow – One of the best Magicka-based armor sets in “The Elder Scrolls Online”, Mother’s Sorrow makes another appearance. As a Warden, players can use this outfit to increase their maximum Magicka, allowing them to cast more spells and summon more creatures to battle for them. 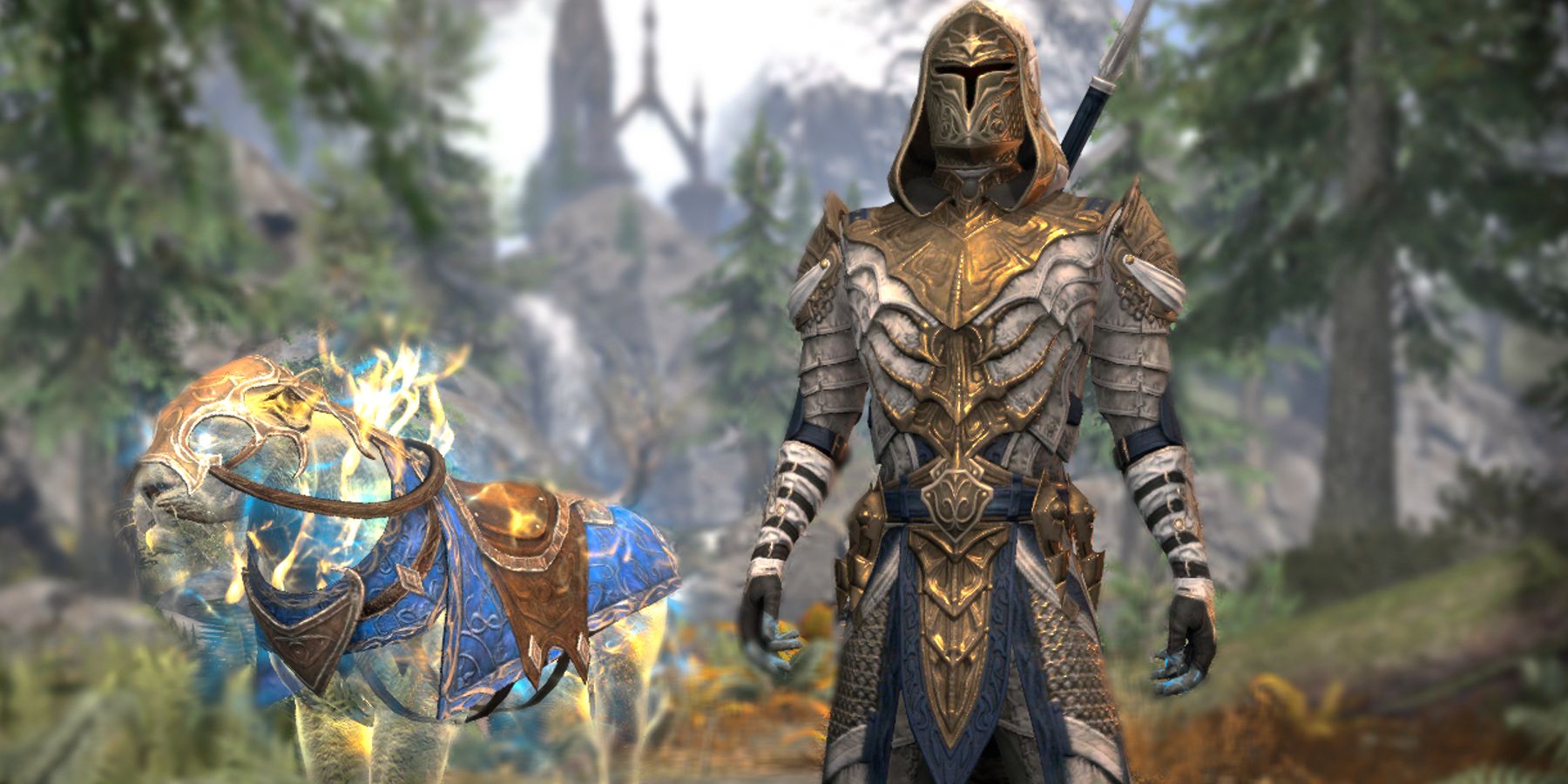 The Templar, ESO’s main healing class, has a few distinct armor sets to choose from. Players can choose between a full healing armor set and a more mixed selection. In any case, the Templar offers a variety of options, and players should test out being a full-fledged DPS or healer, and then combining the two.

Sentinel of Rkugamz – This set is primarily focused on healing than on DPS. One component of this set improves Healing Done, while other pieces allow players to summon a Dwemer Spider that heals you and your party members while also restoring Magicka and Stamina. This armor set may be obtained as a drop from monsters in the Darkshade Caverns I Dungeon.

Armor of the Seducer – This armor is better suited to a Magicka-based DPS Templar than a healer. It enhances Magicka Regen speed and raises Maximum Magicka. Finally, the entire set bonus lowers the cost of Magicka spellcasting by 10%. This is an excellent armor set for a Templar who wants to use Magicka without completely forsaking its healing powers. This set can be made by players who have learned six Traits.

Arms of Relequen – This medium armor set increases a player’s Weapon Critical while also giving them the Minor Slayer benefit. The stack of Harmful Winds that players will acquire if they hit an adversary with five pieces of the Arms of Relequen set equipped is the main benefit of equipping the set. As long as players keep hitting their target, this boost deals damage over time.

If players prefer a bigger boost to Stamina, they can go for the aforementioned Perfected Arms of Relequen set. Cloudrest contains both sets.

Briarheart – The Briarheart armor set makes use of one of the Nightblade’s most underappreciated abilities: healing. This set allows players to take advantage of the class’s complete skill tree dedicated to healing. With enough pieces equipped, players will get the ability to heal themselves as well as increase their Weapon Critical and Stamina. This is an excellent class for single gamers, as the ability to self-heal can save your life on multiple occasions. The Briarheart set may be found in Wrothgar’s overland.