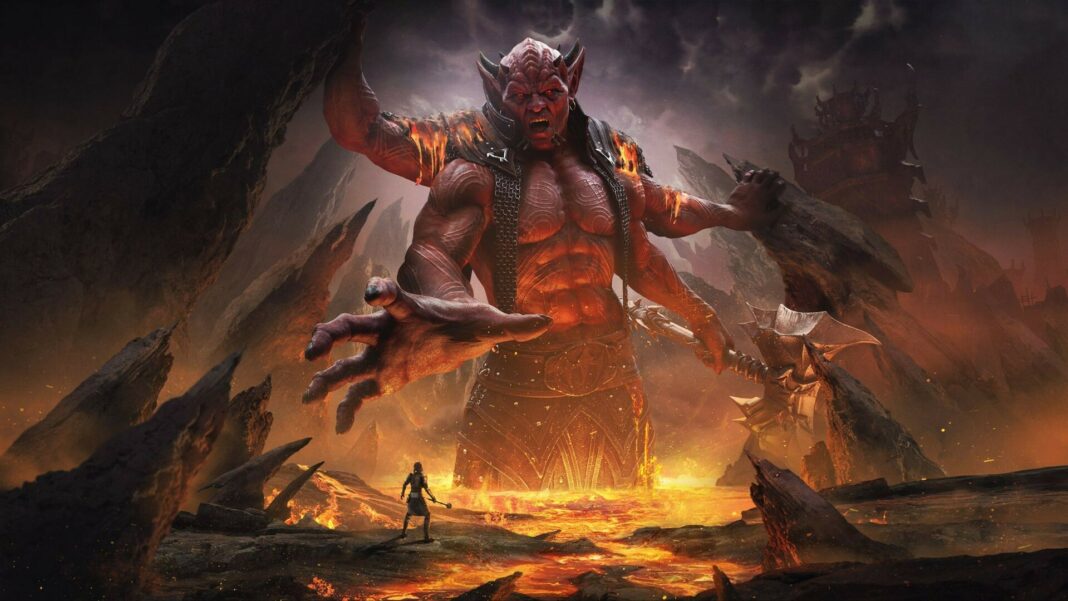 Deadlands, the fourth major expansion for The Elder Scrolls Online, will be released on November 1st by ZeniMax Online Studios. The last content pack will take place in Mehrunes Dagon’s Deadlands, the horrific realm inhabited by the Daedric prince from The Elder Scrolls IV, and will bring the year-long Gates of Oblivion Elder Scrolls Online storyline to a close. Blackwood, the title’s most recent chapter, saw the return of the famous location of Oblivion, as well as a new zone to explore with plenty of multiplayer and story content pitting players against the infernal prince, who will take a center role in the climax.

The Elder Scrolls Online, Zenimax’s popular MMORPG, has received multiple additions since 2017. These DLCs have added entirely new regions, quest lines, classes, and even new features like the Elder Scrolls Online Companions System, which allows players to acquire NPC partners, to classic titles. In addition to its five major chapter expansions, Morrowind, Summerset, Elsweyr, Greymoor, and Blackwood, the MMO has received more than 15 DLC packs, which have added events and fan favorites from earlier Elder Scrolls games to further reinvigorate the MMO’s experience.

The Deadlands DLC, which was revealed to be the final installment during Bethesda’s Elder Scrolls Online year-end webcast, is planned to debut in November and will conclude the Gates of Oblivion story arc. In anticipation of the game’s release, Bethesda has created a new event called Bounties of Blackwood, in which players may earn goodies or get the Deadlands DLC for free. The event will run until October 12 before transitioning into the next expansion’s prologue. An Apocalyptic Situation, the prologue, will be available through the Crown Store as a new – and free – quest. Deadlands, on the other hand, will have a variety of settings, including The Burn, The Sever, and the city of Fargrave, where players will face Prince Mehrunes Dagon.

Despite its age, The Elder Scrolls IV: Oblivion is often regarded as the pinnacle of the Elder Scrolls series. The game was praised for its ambiance, story, unique characters, quests, and RPG features when it was released during the seventh-generation console era. These are thought to be more developed than many of the ones in The Elder Scrolls V: Skyrim, and fans are hopeful Bethesda will borrow and expand on them for The Elder Scrolls 6.

With the Deadlands expansion bringing the Gates of Oblivion storyline to a close, the infernal prince may finally be laid to rest. Fans may participate in the Bounties of Blackwood event starting today and prepare for the release of the Deadlands, the newest adventure in The Elder Scrolls universe, on November 1 for PC and November 16 for Xbox and PlayStation.