There Will Be Over 1,000 Open Planets To Explore In “Starfield” 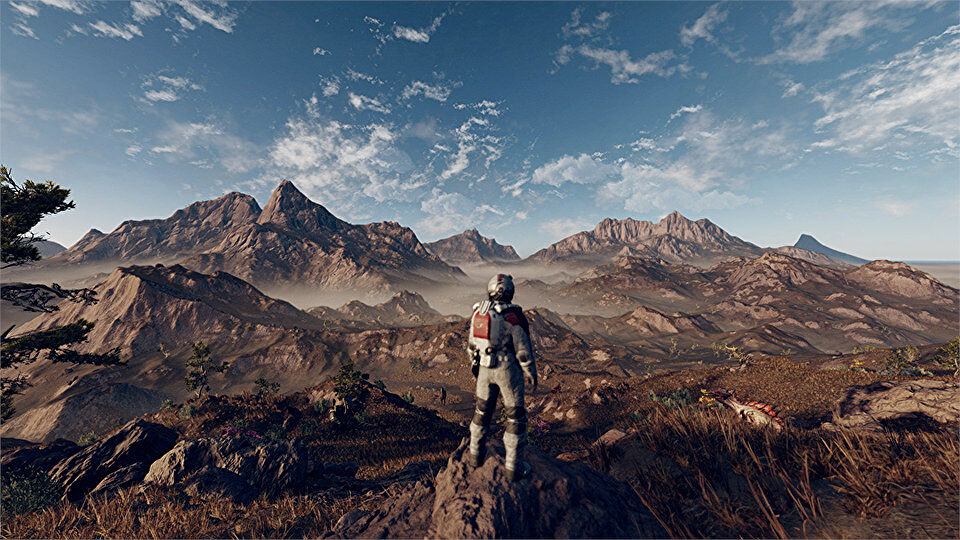 Bethesda Softworks debuted full gameplay reveal trailer for “Starfield” at the recent Xbox & Bethesda Games Showcase 2022 event. Players will go to The Settled Systems, a brand-new cosmic sci-fi scenario in which the galaxy has been mostly populated by the 2300s. Bethesda just postponed the release of “Starfield” until 2023, and now gamers can see the game’s enormous open world of over 1,000 planets for the first time.

“Starfield” is Bethesda Softworks’ first original IP in decades. “Starfield” will create an altogether new world within a new genre. The studio is best known for the post-apocalyptic Fallout series and the high fantasy Elder Scrolls game, but it will create an entirely new world within a new genre. The game will have a realistic approximation of space flight in the 24th century, as described by some creators as “NASA-Punk.” Players will encounter both hostile aliens and amicable otherworldly partners as they explore the Settled Systems. Although open-world space games like “Starfield” appear to be on the rise, Bethesda Softworks promises to put a unique take on the genre.

“Starfield” will allow players to explore over 1,000 different worlds, according to an official demo reveal revealed during Xbox & Bethesda Games Showcase 2022 and shared on YouTube by Bethesda Softworks. The 15-minute sample features an on-foot exploration of a mysterious world and an explosive spacecraft duel, among other elements of the sci-fi epic. Fans of Bethesda’s previous games will recognize the title, but the gameplay reveals also includes some breathtaking moments such as reactive first-person shooter combat, truly rich character customization, and the opportunity to design the player’s ship. “Starfield” is shaping up to be Bethesda’s magnum work, with over 1,000 worlds to explore.

While the game looks incredible in the gameplay reveal trailer, “Starfield’s” developers are apparently concerned about the game’s release date, which has been pushed back to 2023. According to rumors, the game has been in a rough development phase for some time, generating concerns about a shaky launch akin to Cyberpunk 2077. While these fears may have been justified at the time, “Starfield” now appears to be a fantastic game that lives up to its somewhat extravagant promises. The game’s gunplay appears to be fast and responsive, its role-playing components appear to be substantial, and the game’s over 1,000 planets should provide gamers with an incredible amount of content to explore.

The reveal of the “Starfield” gameplay had been anticipated for a long time, and the Xbox & Bethesda Games Showcase 2022 did not disappoint. Bethesda Softworks’ upcoming outer-space RPG aims to take the greatest elements of its previous games and recreate them for a new sci-fi scenario. Starfield may well transform the game business forever by providing players with over 1,000 worlds to explore and conquer.

Previous articleExtended Gameplay Reveals Characters, World, and RPG Mechanics in “Starfield”
Next article“Greens” and “Blacks” from “House Of The Dragon” Explanation of the Targaryen Clan