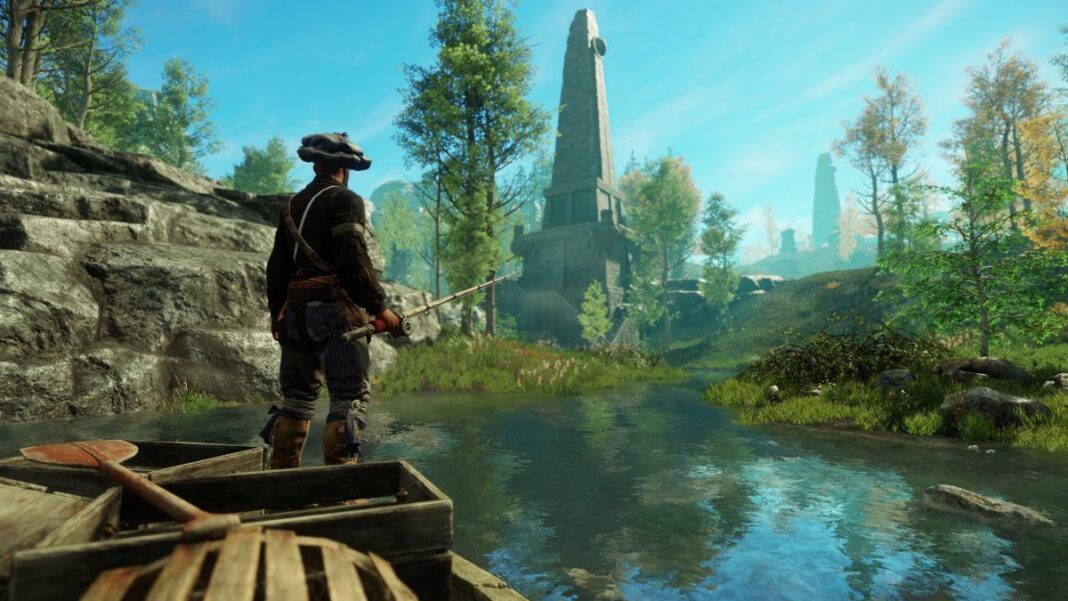 Players have started dying their avatars on purpose to speed up their journey across the enormous map of “New World”, an Amazon-published MMO. The game, which was released on September 28, takes place on a remote island where players have been shipwrecked. The game has survival features, and players will level up their skills in crafting, gathering, combat, and other activities as they continue.

Since the game’s debut, negative reviews of “New World“ have focused on a number of faults. Long wait periods to enter the game, shallow combat, and lengthy travel time throughout the map have all been criticized. This last issue is exacerbated by the lack of mounts in the game, which forces players to return to towns on a regular basis to complete missions and store their belongings before they become encumbered. A rapid travel system exists, but it necessitates the expenditure of Azoth, an in-game currency that may otherwise be spent to upgrade equipment.

Some players have been leaving their characters to die and resurrect at the nearest settlement instead of walking across the map or spending resources, according to Gamespot. This frequently occurs during quests, when players must go a long distance from a village and then return a few minutes later to complete their task. Players can resurrect and quickly accomplish the objective they were given, rather than retreading the same ground.

Dying in the “New World”, on the other hand, comes at a price. When a character dies, everything in their inventory stays with them, but all of their equipment is broken. At higher levels, repairing equipment can become costly, but for some players, the tradeoff is worth it in order to travel fast through the world. The ability to return to a previously visited inn is available, but it has a 60-minute cooldown, leaving players stranded far from the nearest settlement once more.

Despite its limitations, there’s a lot to like about “New World”. The game’s big player base and general buzz suggest that it could be a formidable rival in the MMO field in the coming years. However, the game’s flaws have prevented it from realizing its full potential thus far. Along with odd design choices like allowing characters in “New World” to walk underwater but not swim, the absence of quick movement alternatives can burn players out before they’ve had a chance to invest in the game.

However, reports have already surfaced claiming that the development team is trying to resolve the server troubles that plagued “New World” at launch, giving fans optimism that additional issues such as the difficulty of fast travel may be resolved in the future.

10+ Kids Who Need Their Own Comedy Show

Loop8: Summer Of Gods Is A Time-Travel RPG From The Producer Of Lunar And Grandia