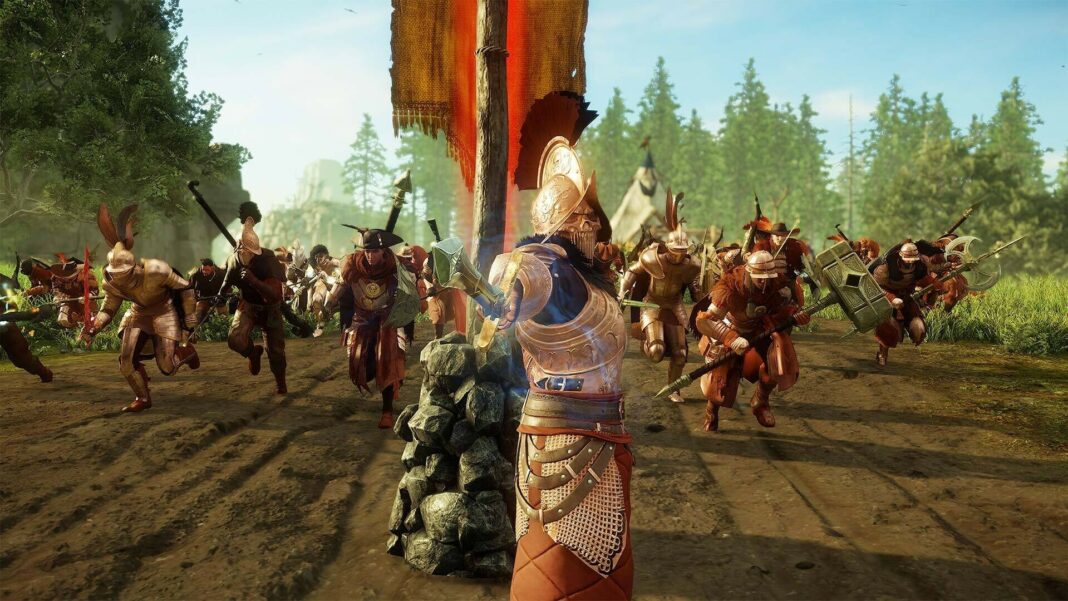 A little more than two months after the spectacular launch of “New World”, Amazon Game Studios is starting to consolidate servers due to dwindling player numbers.

The core EU server Mardi will unite with the EU server Brittia in the game’s first server merge. This was supposed to happen on December 8, but due to severe Amazon Web Services failures that impacted “New World”, it will now take place on December 9. On December 10, two more mergers will be placed, this time for all of the servers that make up the Central EU Vanaheim Terra world set and the South American Nibiru Mu world set.

Those mergers are most likely just the start. Shortly after opening, “New World” had over 900,000 concurrent players, resulting in long login lines. Amazon quickly responded by launching extra servers for players to create characters on, promising free server transfers in the future. Now, as a result of server transfers and a shrinking active player base, many of the game’s servers that were created to alleviate login issues have become ghost towns with only a few hundred active players. While the game is still popular (as of this writing, it’s the fourth most popular on Steam with over 114,000 continuous players), there are simply more servers than people to occupy them.

Amazon recently published a FAQ describing how and why a server might be combined into another, claiming that if the studio’s data indicates that the experience on a world has become “suboptimal,” it will begin looking for servers to merge it into. Amazon claims that it considers population size, total player involvement, and other factors when determining whether a server is “unhealthy.”

When it’s determined that a server merge is required, Amazon begins looking for a host server into which the other servers can be merged. Before making a conclusion, the investigators compare factors such as faction balance, language, and gaming style among the many servers in question.

When a server is merged with another, all gold, objects, companies, residences, and other assets are transferred. Owned territories are the only thing that does not transfer; they remain in the hands of people playing on the host server, which will be welcoming new players from the merging. This adds complexity to the game’s PvP-focused faction war, in which the goal is to control as many regions as possible, but it’s better than playing on a largely empty server with little to no opposition.

Amazon recently backtracked on a contentious update to “New World’s” endgame that would have made gear obtained through crafting or quests less effective if players failed to complete specific endgame activities. That won’t be the case anymore, while some aspects of the forthcoming Expertise system will still be available in a future version. On the game’s public test realm, more endgame adjustments, as well as new seasonal content, are presently being evaluated.

This Fall, a “Squid Game” Immersive Experience Approved by Netflix Will Debut

Previous articleIn 2021, “Battlefield 2042” Update 3.1 Will Be The Final Patch
Next articleIn a Launch Message, “Halo Infinite” Wants You To Feel Like a Hero

Why Spike’s Hair Is Different In A New “Cowboy Bebop” Adaptation?

“Sandman” on Netflix Already Looks Better Than You Expected