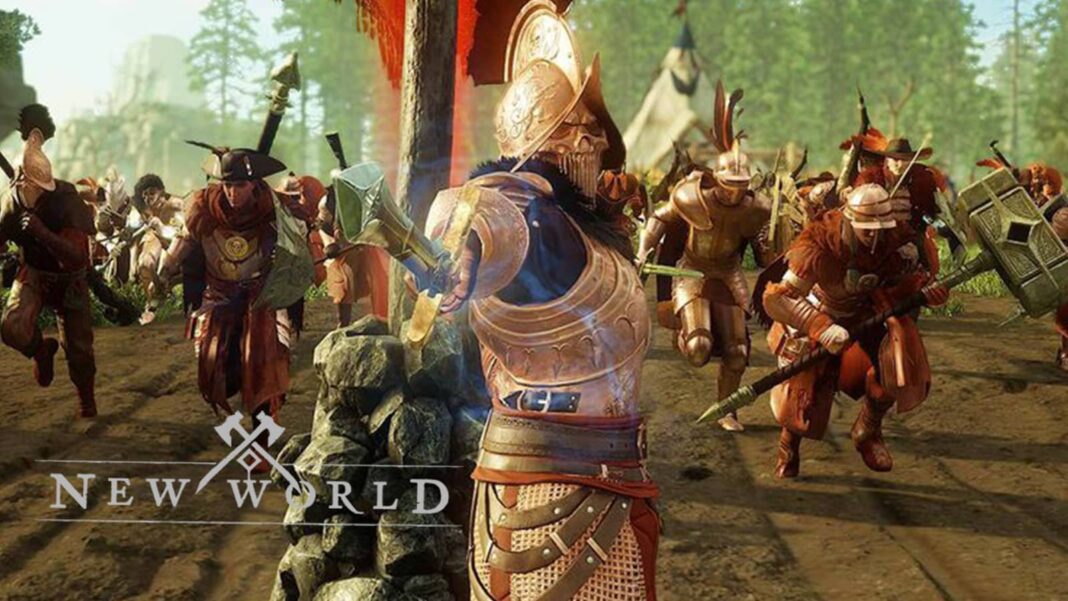 MMO is a popular game. “New World” is dealing with a unique problem: its in-game economy is experiencing a deflationary crisis, forcing users to barter for products rather than utilize in-game currency. “New World” is a complex game in which players must learn a variety of gaming elements and systems, including the world’s new economy.

Thankfully, some intelligent players have produced extensive instructions to assist novices in getting up to speed in the game, covering everything from how to quickly get gold to how to avoid specific problems. Despite the fact that the MMO has only been out for a short period, people are already reporting issues and difficulties. Large titles like this frequently have a slew of difficulties right after release, but some of them have been particularly vexing. A “New World” invincibility exploit, which allows users to withstand any damage, is one of the most renowned and game-breaking. Simply playing the game in windowed mode while holding down the mouse button will cause the glitch to appear.

The in-game economy for Amazon’s new massively multiplayer online role-playing game is so terrible that many players have had to resort to haggling to exchange products. Money is not being produced rapidly enough in “New World” to meet the needs of users, according to PlayerAuctions (via Game Rant), resulting in rampant deflation. This basically indicates that gamers are hoarding gold coins because they are more valuable and rare than any surplus items.

Without developer assistance, PlayerAuctions believes that the situation will worsen, since more players will be unable to participate in basic games, such as buying a property in New World, and producing more income will be even more difficult. Almost every item’s price has plummeted as a result of the deflation, and many players are now forced to barter and exchange products with one another rather than purchasing them with the in-game currency.

Meanwhile, Amazon has again postponed a much-anticipated feature for its new game, meaning that gamers will not be able to transfer servers until next week, as the studio does not want to interrupt the game during “high player season.” Despite the fact that gamers have been requesting the feature since the game’s launch, the firm disclosed that the option to move servers in “New World” will arrive later than planned following successful tests.

Deflation is an uncommon occurrence in MMOs, which are more prone to inflation due to the fact that significantly more currency is produced than can be spent. If the problem isn’t fixed soon, it could lead to a mass exodus of players from “New World”, who are angry at not being able to earn and spend money as they anticipated. To keep the economy from further disintegrating, Amazon will have to work hard to come up with a solution quickly.

Previous articlePlayers Will Be Protected From Hackers With “Halo Infinite’s” Anti-Cheat
Next article“Wheel of Time” Pilot Got 11,000 Notes From Amazon Says Showrunner