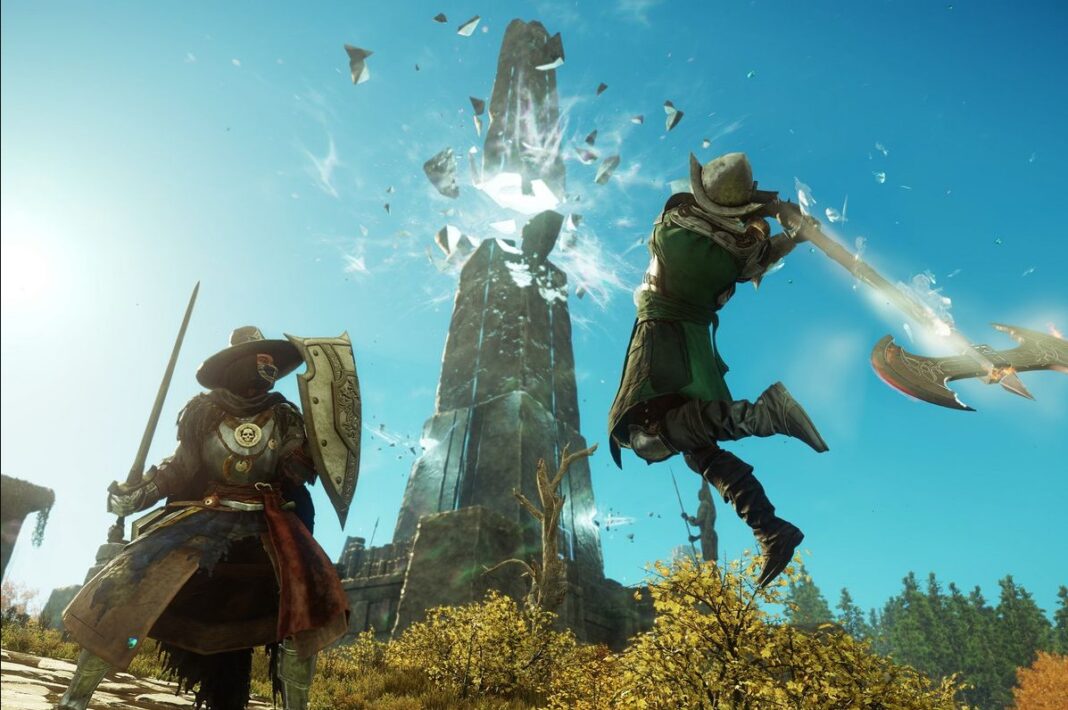 All New World players now have access to a public test realm (PTR), where they can try out upcoming additions such as the Void Gauntlet.

The PTR is now available for all New World players on Steam. It is separate from the main game. Newly created characters can be instantly levelled to select levels and equipped with the appropriate gear to test out the new content that will be coming to the game over the next few weeks.

The Void Gauntlet, the first weapon introduced to the game, is one of those important new content. It is the first weapon to scale off Intelligence and Focus stats and will make a great secondary weapon for Fire Staff and Life Staff users. The Void Gauntlet will have one skill tree that deals damage close to the target, and the other with a projectile that debuffs enemies and heals allies, will be the primary focus.

The PTR is also testing new enemy types and a new enemy faction. There are also additional task options in the main story quests.

PTR is also testing linking all New World’s trading post, which should make it much easier to shop for items. The current game has each settlement having its own trading post. This means that players have to travel to multiple settlements in order to find the item they need. All trading posts can be linked to reduce the need for players to travel fast to search for one item.

There is no word on when the PTR’s new additions and modifications will be available in New World live, but it is likely that it will happen in the coming weeks.

It has been a rough couple of weeks for New World. New World has had a rough few weeks. A vulnerability bug that was later fixed caused chaos in the game’s PvP-focused endgame. Additionally, Amazon had to close down its entire economy due to a duplication exploit. Amazon has recently offered an update on region server transfers. This seems to be a sign that they are delivering on their promise to communicate more frequently with New World’s players.

What You Need To Know About “New World” Transfer Character