Players will not have to wait much longer to play the next highly anticipated MMORPG. Amazon Games’ “New World” is finally getting a full release on September 28, 2021, after a series of delays. In New World, exploring the unusual mysteries of Aeternum Island is bound to be a memorable experience.

As with any MMORPG, questions about the payment structure will surely surface. Because each game in this genre approaches this problem differently, it’s understandable if some players are perplexed. Fortunately, fans won’t have to look far to find the answers they’re looking for.

How you can play “New World”?

To begin playing “New World“, gamers must first purchase a copy of the game. “New World” will be available for purchase on Steam and Amazon. Of course, fans can pre-order the game right now if they want.

The Woodsman Armor Skin, Woodsman Hatchet Skin, Mastiff House Pet, Rock/Paper/Scissors Emote Set, and the New World Digital Art Book are all included in the Deluxe Edition. The game was also released as a limited-edition Steelbook version, which is presently unavailable on the official website. 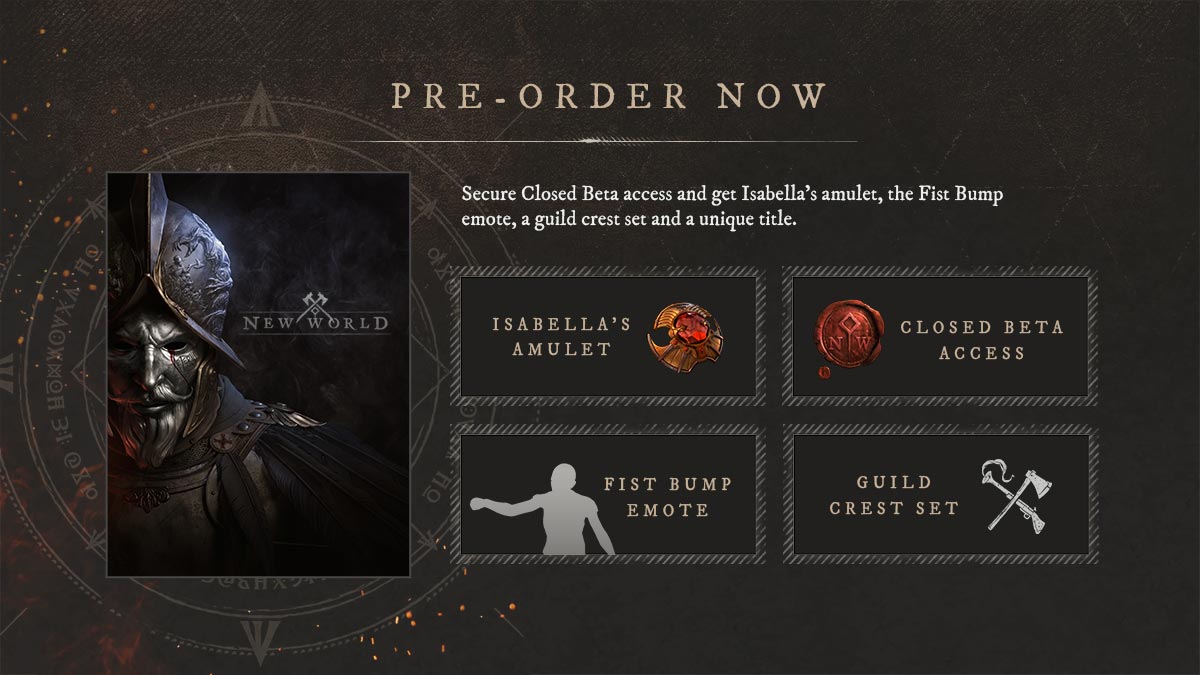 “New World” is available for pre-order on Steam or Amazon, as previously stated. Pre-ordering the Standard or Deluxe editions will also include a few bonus goodies that select fans may enjoy.

Bonus items and features include:

Does “New World” have paid subscription?

No, there is no recurring subscription charge to play “New World”. Fans who purchase the base game as described above will get access to all of New World’s features. As a result, gamers and their friends can devote their whole attention to Aeternum Island’s PvE and PvP action.

Players may also expect a variety of diversions and side jobs to keep them occupied. Joining factions, gathering crafting materials, and participating in expeditions are just a few ways to pass the time in “New World”.

“New World” has an in-game store, despite the fact that it is free to play after the initial purchase. Real money can be spent on a variety of cosmetic products as well as the quality of life utilities like XP boosters. Using the in-game store, on the other hand, is completely up to the user.

The in-game store’s objective, according to the makers, is not to offer certain players an unfair advantage over others. The store itself will be updated over time to provide players with more options for customizing their characters.

Some of the items fans can expect to find in the store consist of:

During “Pam & Tommy” TV Series, What Band is Tommy Lee In?