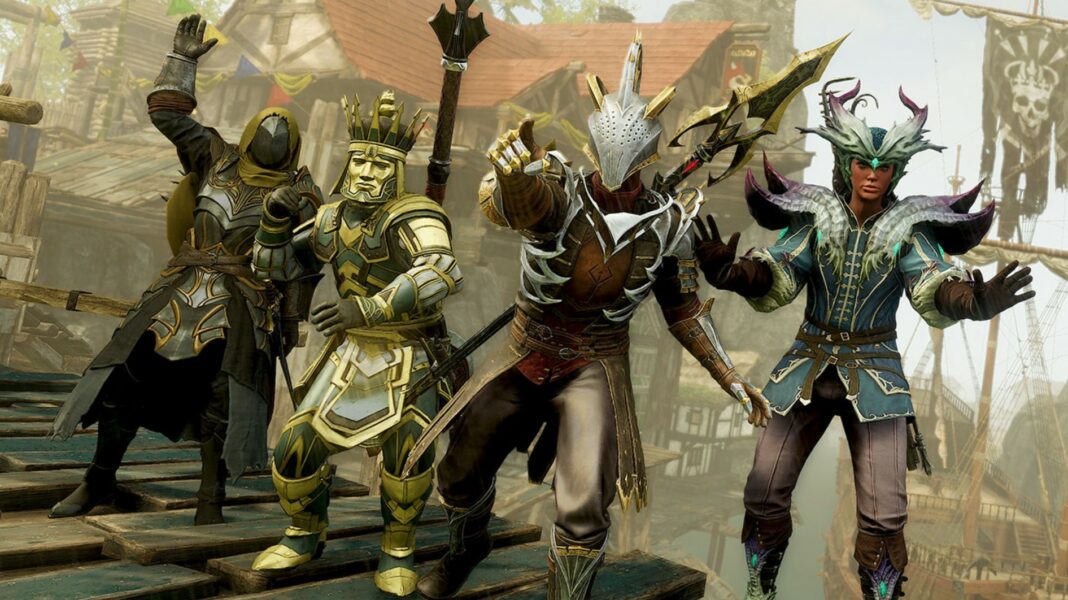 In February, Amazon Games’ MMORPG “New World” will not receive any significant content updates, instead focusing on delivering as many bug patches as possible.

The announcement was made via a “New World” developer update video, in which several members of the development team discuss a range of topics, ranging from soon-to-be-added systems like mutators to various technical challenges the company is working on.
Because Amazon is now focused on bug patches, the game’s February update will not include any new content.

“February is essentially a bug fix month,” said Katy Kaszynski, a senior producer. “With the February release, there will be no major content. We’re focused on a few things to ensure that we get a lot of changes in and that we make a genuine difference for the gamers who have been asking for things for a long time.”

“New World” has been hampered by a variety of flaws, including many gold and item duplicate exploits that resulted in Amazon briefly shutting down the game’s whole economy. While the majority of the flaws were promptly resolved once detected, the team still has a number of issues that are top of mind. The team is also working to solve server desync issues and make weapon swapping more reliable, in addition to fixing several buggy quests, missing ingredients, and other difficulties.

Giving players additional time on the game’s public test realm—at least two and a half weeks—to try out potential bug patches and new features is one way to iron out many of the game’s technical concerns, giving the team more time to react to player feedback.

“We learnt the first PTR when we gave ourselves like seven days and thought, ‘We’ll just perform scale testing, check to see if the servers can handle it, and then we’re okay,'” Kaszynski explained. “We discovered that we were not very good. We were the whole polar opposite of excellent. Players felt we had betrayed their trust, and we felt betrayed ourselves, so we’ve been working hard to reclaim it since then, and we want to keep doing so by making the PTRs available far enough ahead of time so that we can listen to them, take their advice, and figure out what the biggest sticking points are and address them before things are released into the live game.”

The report also discusses Amazon’s plans to consolidate some low-traffic “New World” servers, which did not go as expected. The procedure was delayed due to a housing persistence bug, but additional mergers are expected in the near future. Characters will be able to switch servers after those merges are completed.

The dev update was low on details in terms of what players may expect in the long run, but it did reaffirm that a new weapon, the Blunderbuss, is in the works. Other details include the possibility of lower-level missions receiving mutated expeditions. Though no concrete ideas were mentioned, the crew loves the notion of more small-scale PvP like matchmade arenas or more informal versions of activities like Invasions or War. More developer-playthrough videos will be released soon. The dev team accepted the community’s challenge to complete the Myrkgard endgame zone in a previous video, with some amusing results.

The next update to “New World” will include a new endgame mechanism called Mutated Expeditions, as well as a way to increase the maximum gear score of things. The new content is now being tested on the game’s PTR, with an official release date set for later this month.

Previous articleAll Challenges And Rewards For The “Halo Infinite” Cyber Showdown Event
Next articleThe BTB Hotfix For “Halo Infinite” Is Now Available, Although It Does Not Appear To Address Any Of The Current Issues