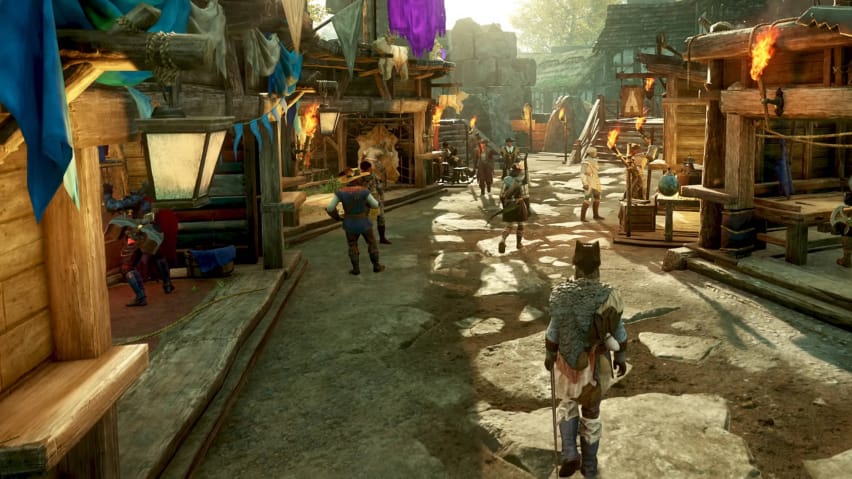 “New World” by Amazon Games is an old-school MMORPG in which users level up their characters by performing tasks, fighting monsters, and gathering materials. This can take some time, as one might anticipate from an MMO. At initially, leveling up a character is simple, but as players go to higher levels, it becomes increasingly difficult. This is where the information in this guide comes in. Here are some of the finest methods for reaching the maximum character level of 60 in “New World”, from making sure to complete at least three faction tasks every day for the daily bonus to streamlining quest completion. 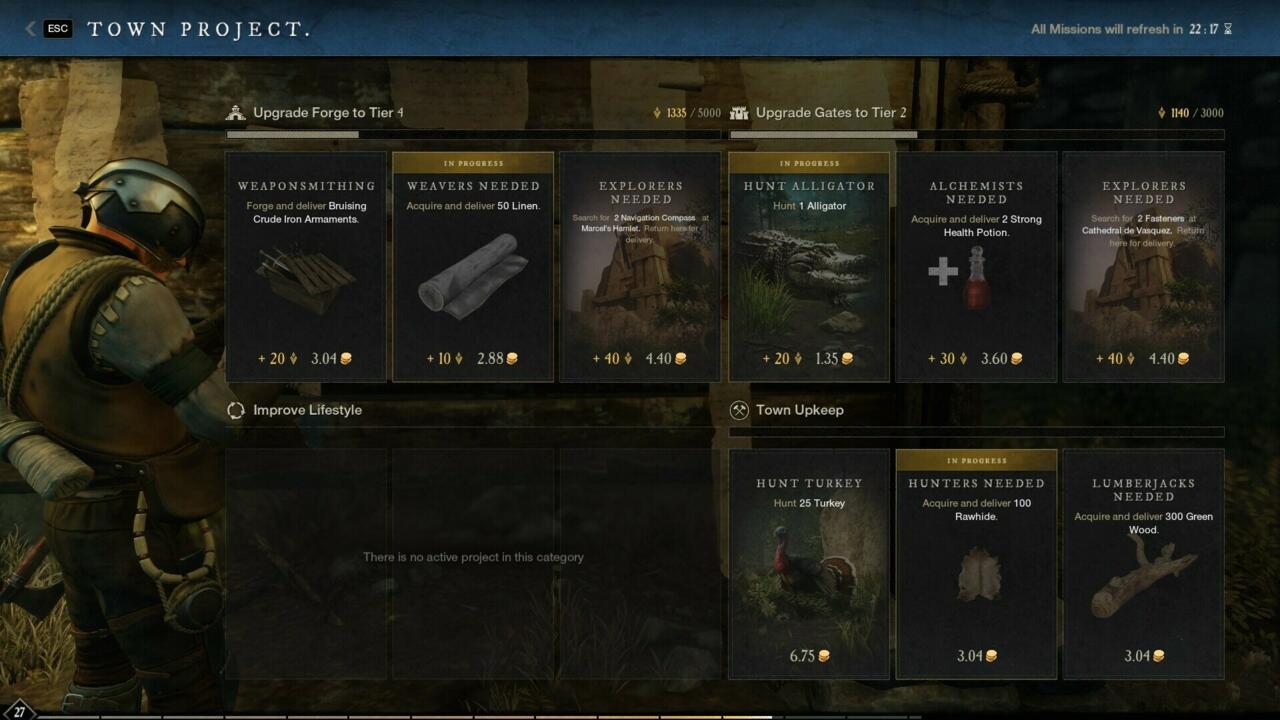 Look into the Town Project Board

Each town includes missions that, when performed, aid in the advancement of particular projects, as determined by the corporation (guild) in charge of the town at the time. Turning in raw materials and finished products, hunting specified species, and exploring specific regions are all common missions. Always check the town project board at the nearest settlement before going out on a quest to see if there are any quests you can easily do. If you’re feeling lazy, you can usually get the materials or items you need for a town project board mission for a low price from other players at the settlement’s trading post (auction house). 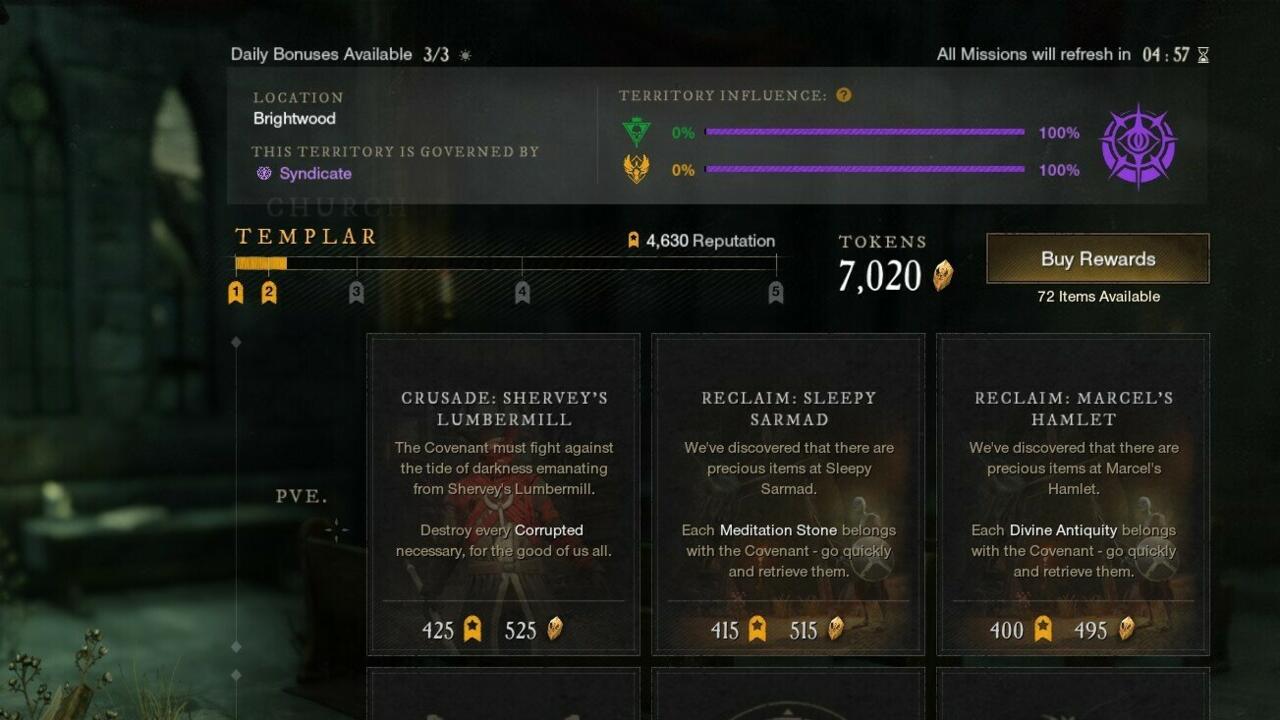 Faction Missions are an additional option to get experience points that you should utilize. There will never be an end to these tasks; there will always be more to complete. You can choose between PvE and PvP versions of these tasks. PvE quests usually require you to travel to a specific place and kill a certain number of monsters or loot a certain number of chests. PvP quests usually entail going to a specified place and surviving there for a set length of time, as well as killing opposing NPCs and looting the region. Whatever you select, you’ll want to complete at least three of these missions per day to take advantage of the daily bonuses and optimize your experience points.

Complete the main quest (But Do It Efficiently)

The primary plot in the “New World” is something that players should absolutely be working on, since it not only rewards a lot of experience but also unlocks the Azoth staff and the ability to tackle higher level expeditions (dungeons) and content. The problem is that early on, main story tasks frequently take players all around “New World’s” starting areas, resulting in a lot of running. To avoid wasting time merely running back and forth for one quest, make sure to pick up additional quests in the same region, such as side quests, faction quests, or town project board quests. Completing missions that near together reduce downtime and speeds up the leveling process.

Completing Side Quests in the Settlement

Although this is a no-brainer, it is nonetheless critical. There are numerous side tasks to do in each settlement. Completing all available quests will frequently produce a new set of quests based in the same place, making this an efficient method of gaining experience. The quantity of these side tasks is limited, but later quests in each settlement’s quest chain frequently offer blue-quality weapons and armor, making them worthwhile. 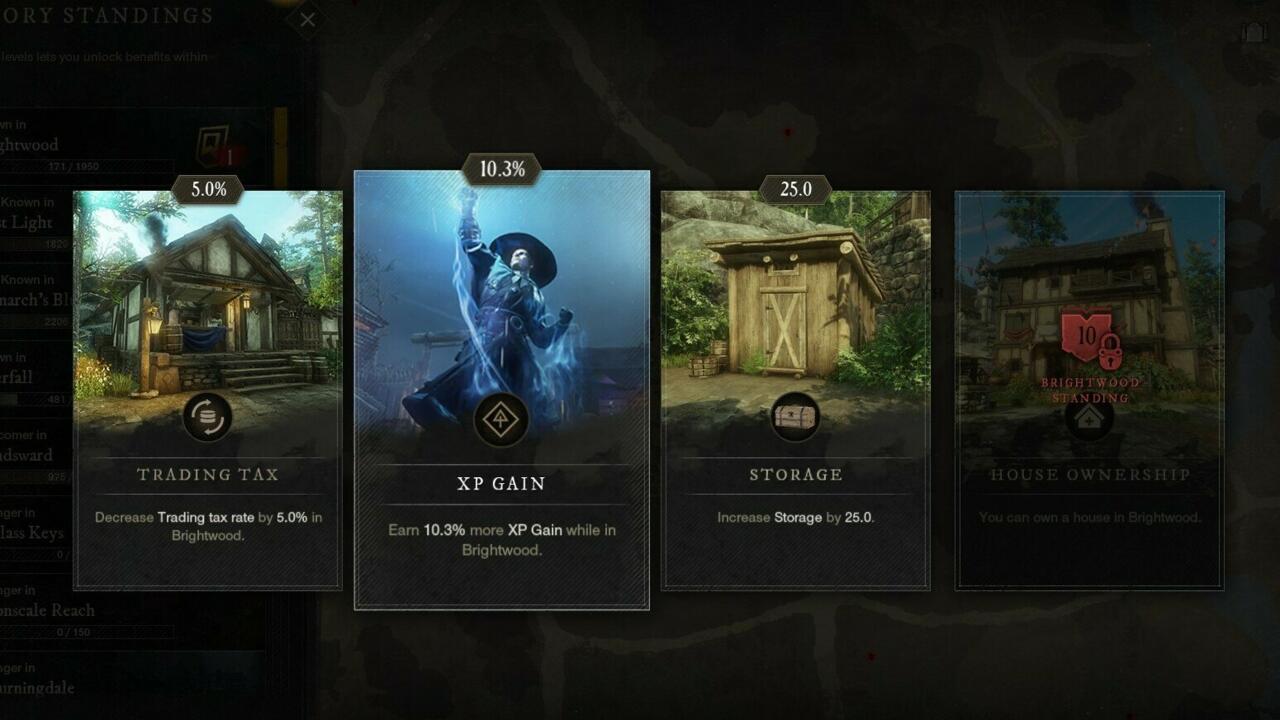 Every chance you have, choose the Territory Standing XP Bonus

You can improve your status in a zone by completing tasks and killing foes in that zone. You can choose from a variety of bonuses when you attain a new territory standing level, ranging from better gathering speeds while in that territory to more storage space at the territory’s town. If you want to level up faster, you should always choose the enhanced XP perk. It won’t be available every time your territorial status rises, but selecting it whenever it is offered will ensure that you get the most out of your missions and activities. 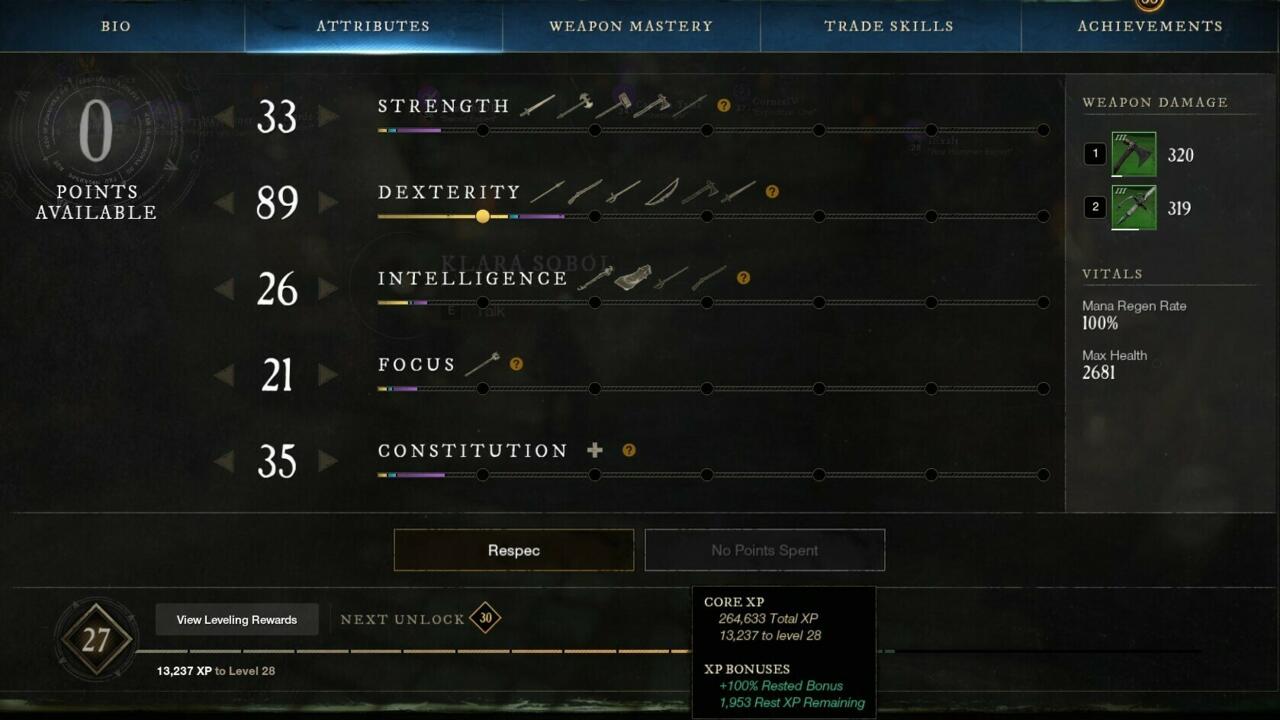 If you’re in a settlement, make sure you log out

This is arguably the simplest, albeit least effective, method of increasing your leveling speeds. You’ll get a “rested” experience point bonus simply for logging out in a town, like in many other MMOs. When you check back in, you’ll have accumulated a certain amount of bonus rested experience based on how long you’ve been logged out. After doing anything that gives you experience, such as killing foes or gathering resources, you’ll get a 100% boost. Even if the bonus isn’t huge, every little bit helps, especially if you only play for a few hours every day or every other day.