The recent open beta for “New World” was a huge success, with some sources claiming that the MMO drew over 140,000 concurrent Steam users. While it’s unclear how many of those players will purchase and play the game when it launches on September 28, it appears that this Amazon Game Studios project has a good chance of at least launching with a sizable player base eager to dive into what looks to be one of the most intriguing upcoming entries in a genre that’s suddenly resurgent.

However, this might be both a gift and a curse, as “New World‘s” own players have been the source of some of the game’s best and worst features over its numerous testing phases.

Given that “New World“ isn’t even available yet, it’s obviously impossible to write a comprehensive, balanced evaluation at this time. In fact, because MMOs are continuously growing and notoriously difficult to generate thorough initial impressions of, it will most likely take months for us to be able to fully assess the game’s quality, condition, and future. Having said that, it becomes evident at this stage that New World will rely on its own players more than almost any other game in recent memory.

The suggestion that they could lose or gain faction territory at any time, and that the balance of power on the server could alter at any time, according to many “New World” players, is what keeps them addicted to the game even during these early stages.

“New World’s” strongest selling feature is undoubtedly the feeling of a continually evolving, player-driven environment (and the battles that help define who is in control), and the concept is certainly strong. Perhaps the game’s land-based faction battles aren’t yet capable of producing Game of Thrones-style levels of deceit and intrigue, but even a brief encounter with this MMO demonstrates the potential of an online experience in which people continually compete for a piece of an ever-changing universe.

As we delve more into the game, keep the word “potential” in mind, but whatever else there is to say about “New World”, it has to be mentioned that this is a worthwhile core concept that has the potential to become something exceptional at some point. 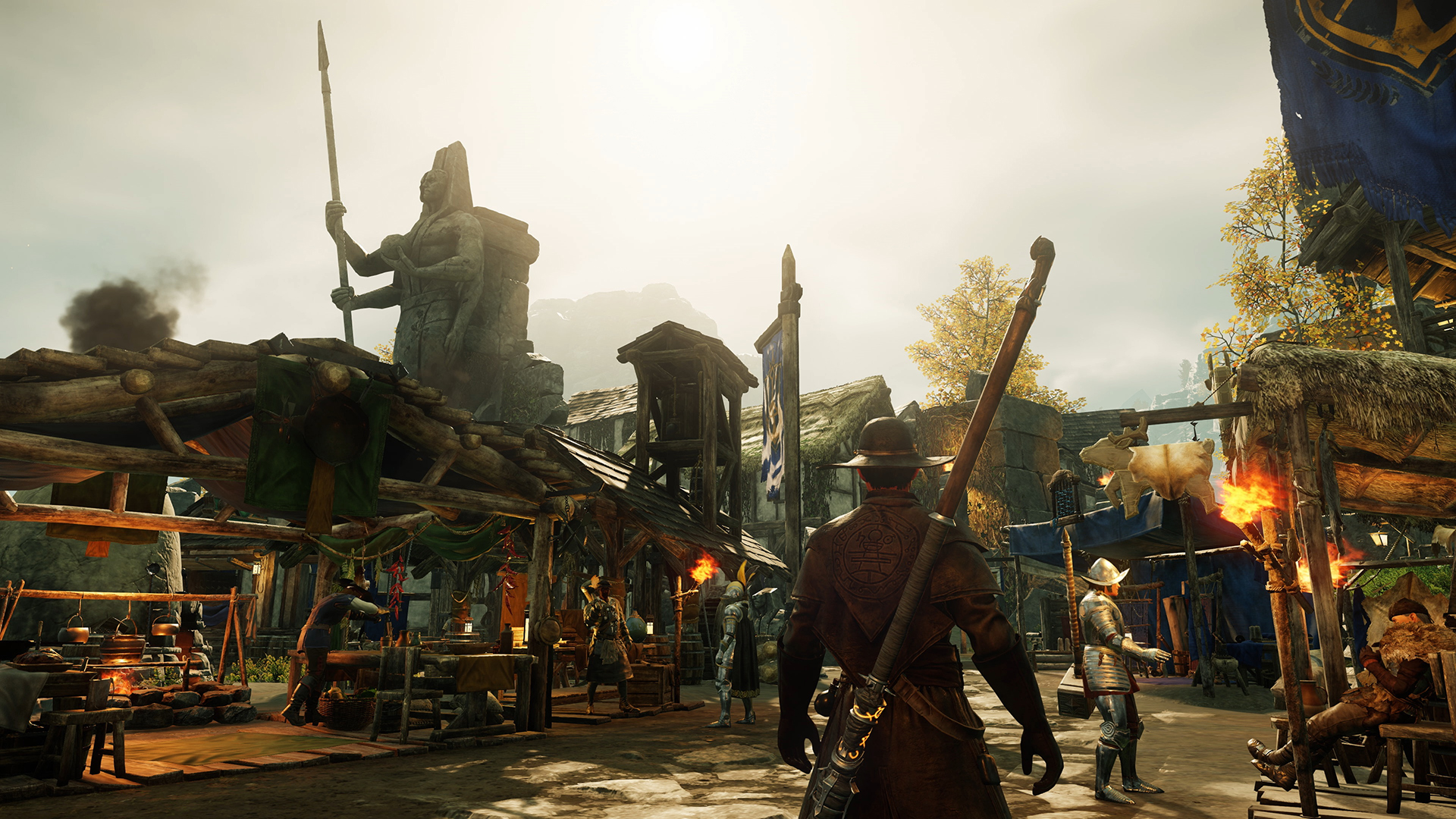 Best game moments are made by players that do something unexpected

Although you won’t always come into other players in New World’s wide environment, the game is clearly built to ensure that you’ll engage with them at crucial hub areas and more busy areas.

It’s in these spots when the magic happens. Chaos is one of the “New World’s” greatest elements, from random dance parties to sneak strikes that gradually urge factions to collect their armies. MMOs are fundamentally social experiences, but only a few titles in this genre take the risk of effectively handing the keys over to the players and letting them drive. In recent years, even World of Warcraft has downplayed some of its more social aspects in favor of a more streamlined experience.

As previously stated, this has the potential to be a fantastic thing. That player-driven design, on the other hand, certainly leads to one of “New World’s” current main issues.

“New World” Is Too Dependent on Players

It makes no difference how thoroughly you test and polish a game. You can bet that once it’s out in the wild, gamers will find a method to play it that you didn’t foresee. This will almost probably be the case when “New World” launches, and we’ve already seen examples of “unintended” player activity during the game’s early access period.

However, in the instance of “New World”, this proves to be a more serious issue, owing to the point made above. It doesn’t take much for someone to ruin the fun in a game that is so reliant on player interactions. A little faction imbalance, a few glitch exploits, old-school trolling, or even just diehards who ruin the power dynamic/global market by hyper optimized (exploitative?) tactics can easily throw a wrench in how you would have spent your time in the game otherwise.

Again, this is true to some extent in every MMO (and most online multiplayer games), but despite the apparent flexibility, you get the impression that there is a vaguely “planned” way to play the game, and that departures from that path can result in a bad experience.

It’s evident that controlling “New World’s” chaos is tough, but one thing Amazon Game Studios can do is make sure that the core experience is as balanced as possible to minimize the impact of potentially negative events.

As a result, PvP balancing in “New World” is currently one of the game’s most serious issues. We thought faction balancing would be a work in progress for this game, but the open beta for “New World” revealed that Amazon still hasn’t figured out how the game’s PvP scaling will work, or how they’ll possible maintain every character-building combination balanced in a “world combat” context. It’s bad enough when a WoW raid has the same few classes, but in a PvP-driven game like this, feeling obligated to play a certain build merely to give yourself a better chance is plain damaging.

Keeping an MMO in check is a delicate and ongoing task. “New World”, on the other hand, will do itself no favors if it does not resolve some of its most serious balancing flaws before launch.

In principle, when “New World’s” people and player-driven systems misbehave, simply walking away from it all and enjoying the game’s PvE content can solve the problem. So, there’s that.

Look, it’s clear that New World isn’t meant to be a PvE game, but the status of that component of the game isn’t even close to where it should be. Long traversal durations, rudimentary tasks, and unproven Expeditions (dungeons) in “New World” contribute to the idea that time spent not participating in PvP content is time spent spinning your tires or, at best, collecting the resources/gear/progression needed to play in PvP more effectively. 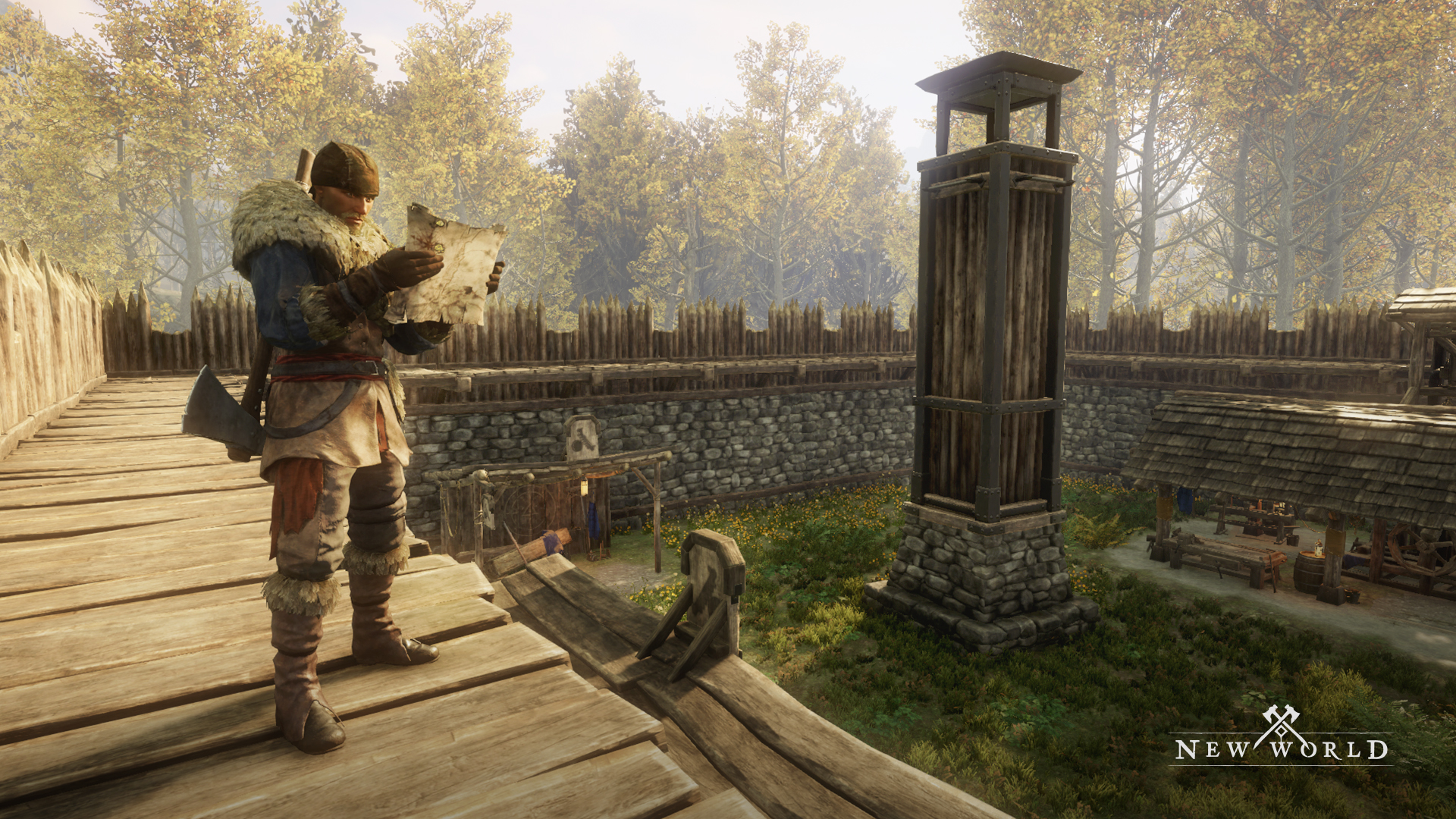 If you leave “New World”, it may be difficult to return

Most MMOs die due to low population counts, however, in theory, an MMO can survive a sluggish period if a group of dedicated players helps keep each other engaged in the existing material.

I’m not convinced “New World” will be able to partake in such luxuries. At the moment, the game is so reliant on the number of people who are actively participating in its territory and faction systems, not merely the number of engaged gamers. Any significant drop inactive participants, it appears, will have immediate consequences. If players opt to leave, the persistent environment of the MMO, as well as all of the mechanics that come with it (such as regular housing taxes), will be impossible to just return to.