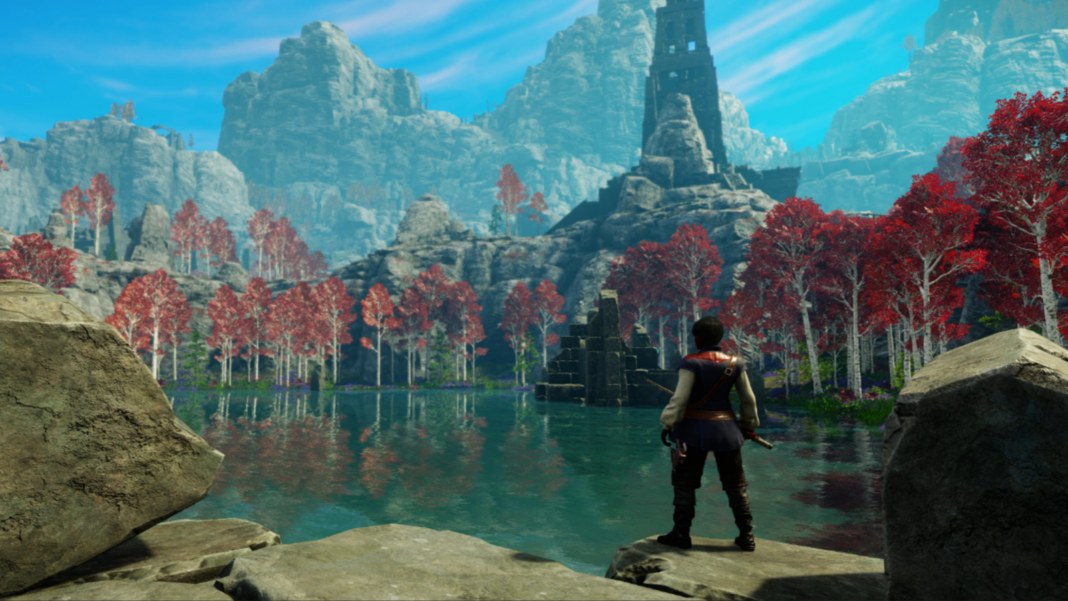 While swimming is not currently feasible in Amazon Games’ “New World”, fans have discovered that walking underwater is an option. New Land, an MMORPG set in the fictional world of Aeternum, has already proven to be a hit, with over half a million gamers on the first day of its launch earlier this month.

“New World” is an open-world adventure in which players are stranded on the island of Aeternum and must survive, forage, and fight in both PvE and PvP warfare. The game’s variety of weapons, including melee, ranged artillery, and otherworldly powers, can help players survive. The popularity of the new release has swamped servers, causing many people to be unable to play due to high wait times. The game’s developer, Amazon Games Orange County, is anticipated to find a solution shortly, allowing all players to discover the numerous surprises the planet has to offer. With so much to see and do, “New World” is quickly proving to be one of the year’s most popular new IPs.

Despite its popularity, several gamers have complained about the absence of swimming in the “New World”. Despite the game’s inclusion of many bodies of water, players are unable to swim due to a lack of choice and animations. The game appears to be ready for a swimming element, according to PCGamer, and even includes a breath meter when players reach deep enough water. Surprisingly, despite the fact that no “New World” residents can swim, they can walk underwater. When the water level rises above the players’ heads, they can still walk despite being immersed, albeit this will soon result in death. Ordinary Sense, a YouTuber, explains the phenomenon in a video.

The lack of swimming in “New World” is an unusual decision, given it is a prevalent feature in other open-world survival games. Games without swimming typically prevent players from entering water that is too deep, and the lack of swimming in “New World” could indicate that swimming was not initially planned for the game’s release. The presence of a respiration meter also shows that the functionality was under development at one point, even if it never made it to market. It’s possible that swimming will be introduced to the game in the future.

“New World” fans have already made fun of the weird underwater walking, with players ridiculing the absence of swimming on social media. Many of the bodies of water in the “New World” are shallow, but there are plenty of places where players can try their hand at underwater walking. The game’s creator has yet to respond to the situation.