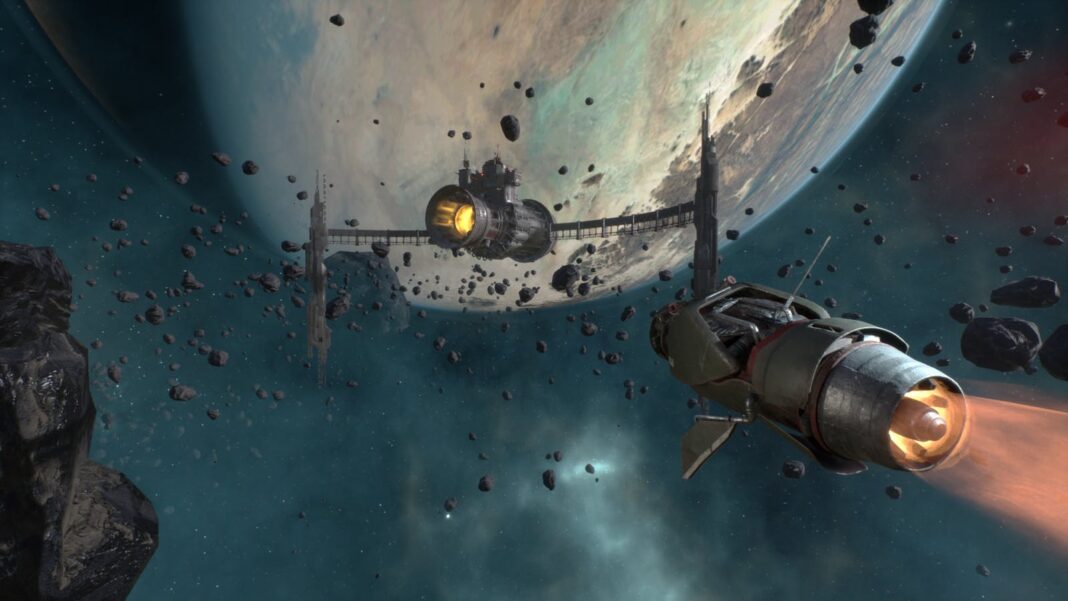 Other creators are being inspired by the success of Escape from Tarkov and Hunt: Showdown, and one is taking the concept into space. “Marauder” is a game presently in development by a small UK-based studio that casts players in the position of a ruthless space pirate in a post-World War II alternate universe where humanity elected to travel to space with Sherman tanks.

In “Marauder”, you can join a crew of fellow space pirates or go it alone in a zone littered with abandoned spacecraft and asteroid mining settlements. The plan is to board, steal whatever that isn’t fastened down, and flee as quickly as possible. The problem is that these sites aren’t quite deserted: similar to Escape from Tarkov, you may encounter either computer-controlled NPC foes or fully equipped players seeking the same riches as you.

“Marauder“ is set in a unique sci-fi environment that is part post-WW2, part dieselpunk, according to the developers, and the weaponry aren’t the standard high-tech energy beam guns we’ve come to anticipate in sci-fi settings. Instead, the designs are inspired by real-world weapons such as the PPSh-41 (which should be appearing in Escape from Tarkov soon) and the Colt 1911 handgun.

Here is the trailer for “Marauder” pre-alpha gameplay:

If you’re sneaky, you can avoid other players, but you can also opt to fight them for a chance to take whatever loot they’ve collected throughout their excursion.

After clearing a region, return to your ship, which you’ll be able to control Mace Griffin-style around the sector while you play. Once you’ve gathered as much as you can, head for a warp gate, which is “Marauder’s” version of an extraction point. If you make it to the end, you’ll be able to store your treasure and gear in a persistent inventory system, trade with vendors, and prepare for the next raid.

“Marauder” is presently raising funds through Fig, and a $20 pledge gets you access to the pre-alpha test, which is now underway. To receive your copy, you’ll need to join the Small Impact Games Discord server; the team also uses Discord to manage account progression and other backend tasks.

“Marauder” has raised $13,297 thus far, surpassing its first Fig fundraising goal. The game is expected to be released in January 2022, but the developers hope to use backer feedback throughout development.

It’s a big project for a tiny team, but the ship and weapon designs are fantastic, and the concept of a “zone game” is getting some really interesting ideas. This is one we’ll be keeping an eye on.

What Is Cat’s Eye? Learn More Before the Lupin Crossover