You’ll come across various Relic Ruins in “Horizon Forbidden West”. These platforming puzzles give XP awards and a strange collectible known as “ornaments” hidden behind locked doors, and getting to them usually necessitates a detour and some quick thinking. The first of these Relic Ruins, found in The Daunt, the game’s initial region, set the tone for the rest of the game’s challenging puzzles. We’ll show you how to finish it here so you don’t have to wait long for Aloy’s adventure to begin.

To begin, go inside the time-worn structure and look for a yellow-marked metal crate. These containers will appear frequently throughout the game, particularly in Relic Ruins. Place the crate in the room’s center, near the yellow handhold that hangs above you. You can now get it by hopping on the box first, which is normally just out of reach.

When you get to the second story, you’ll discover that the locked door requires a key as well as a code to unlock. Leave it for the time being and exit through the balcony to the left of the door. Enter a new room by leaping over the chasm. Drop to the ground and scan the area for the purple collectible. It can be scanned with Aloy’s focus and scanning it will provide you with the door code: 1705.

Turn around and pull a second box down from above with your pullcaster (target with R2, then switch to pullcaster with a triangle). Then search for the vent at the far end of the chamber and yank the door off of it with your pullcaster once more. Jump up to the broken overhang to the left of the vent (where the supply cache is), then jump and grip onto the now open vent, using the crate. 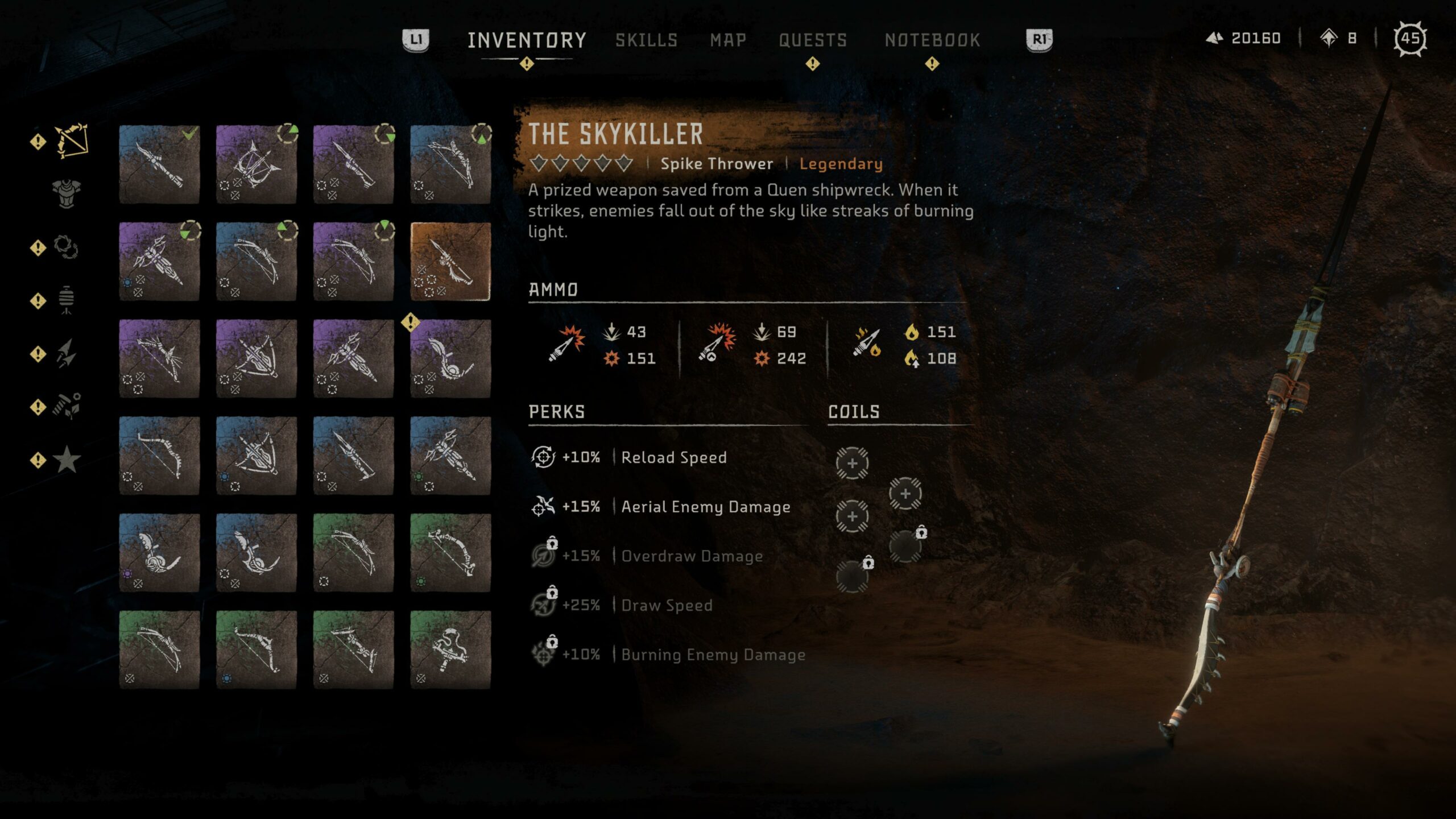 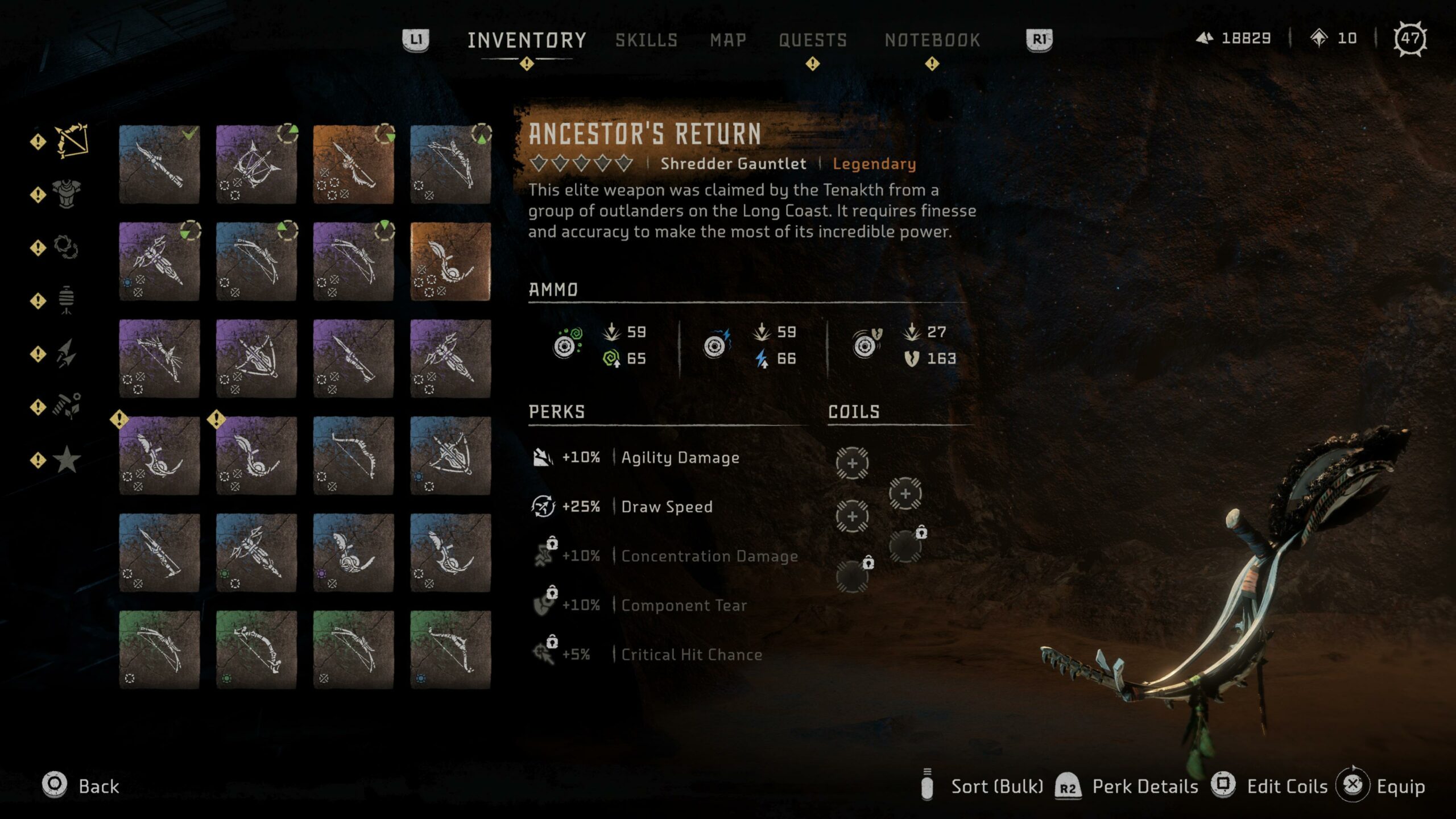 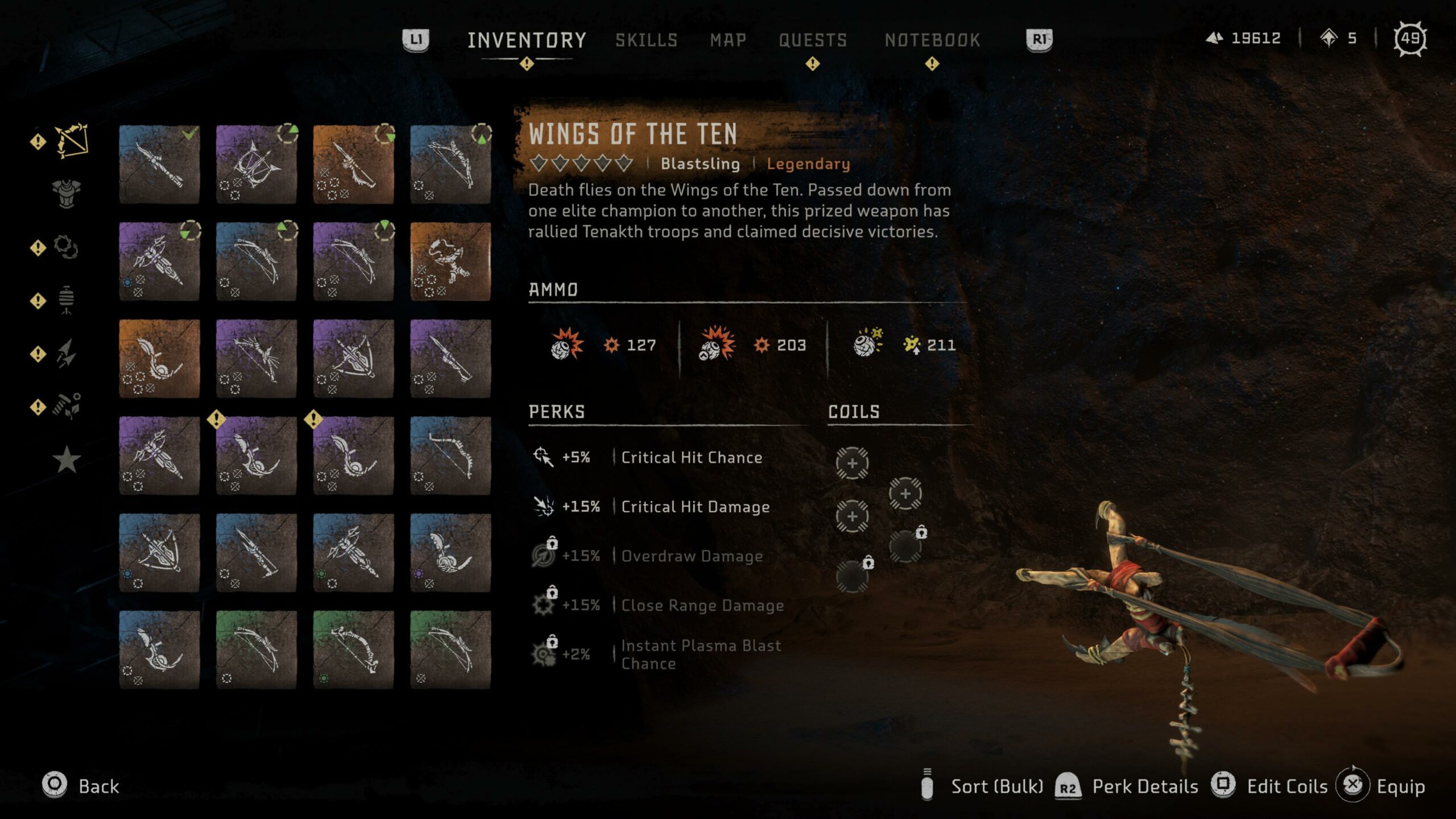 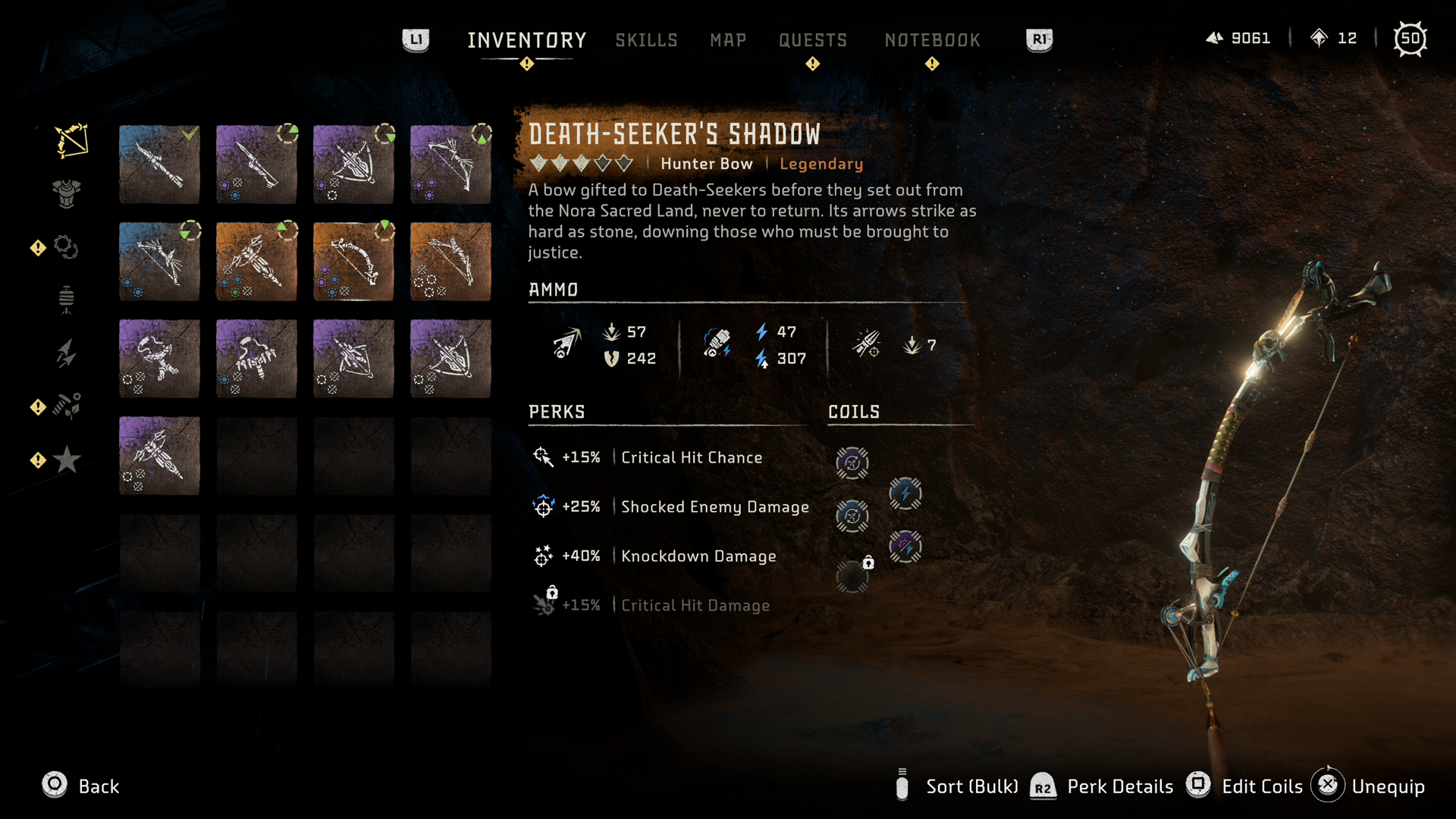 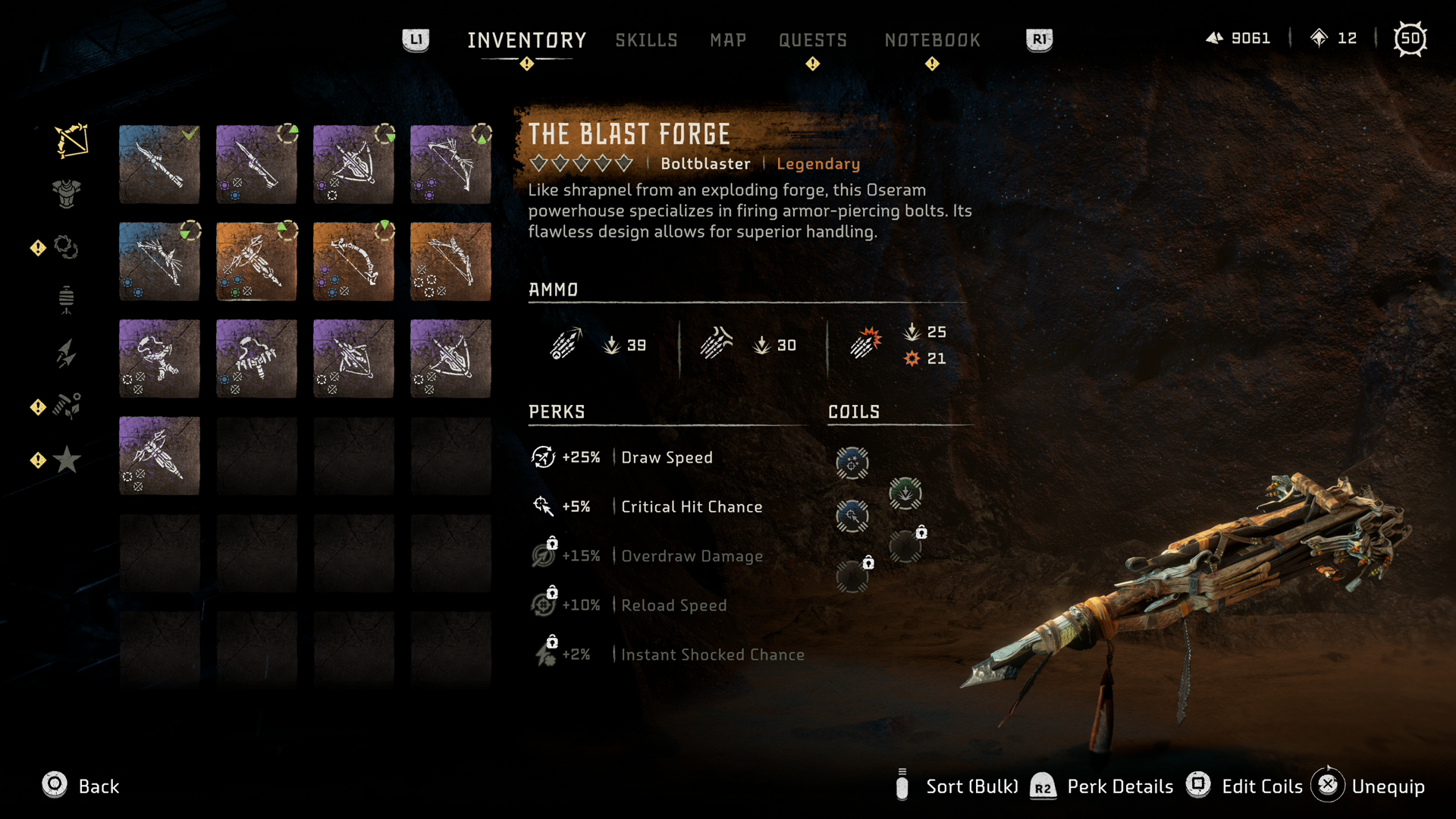 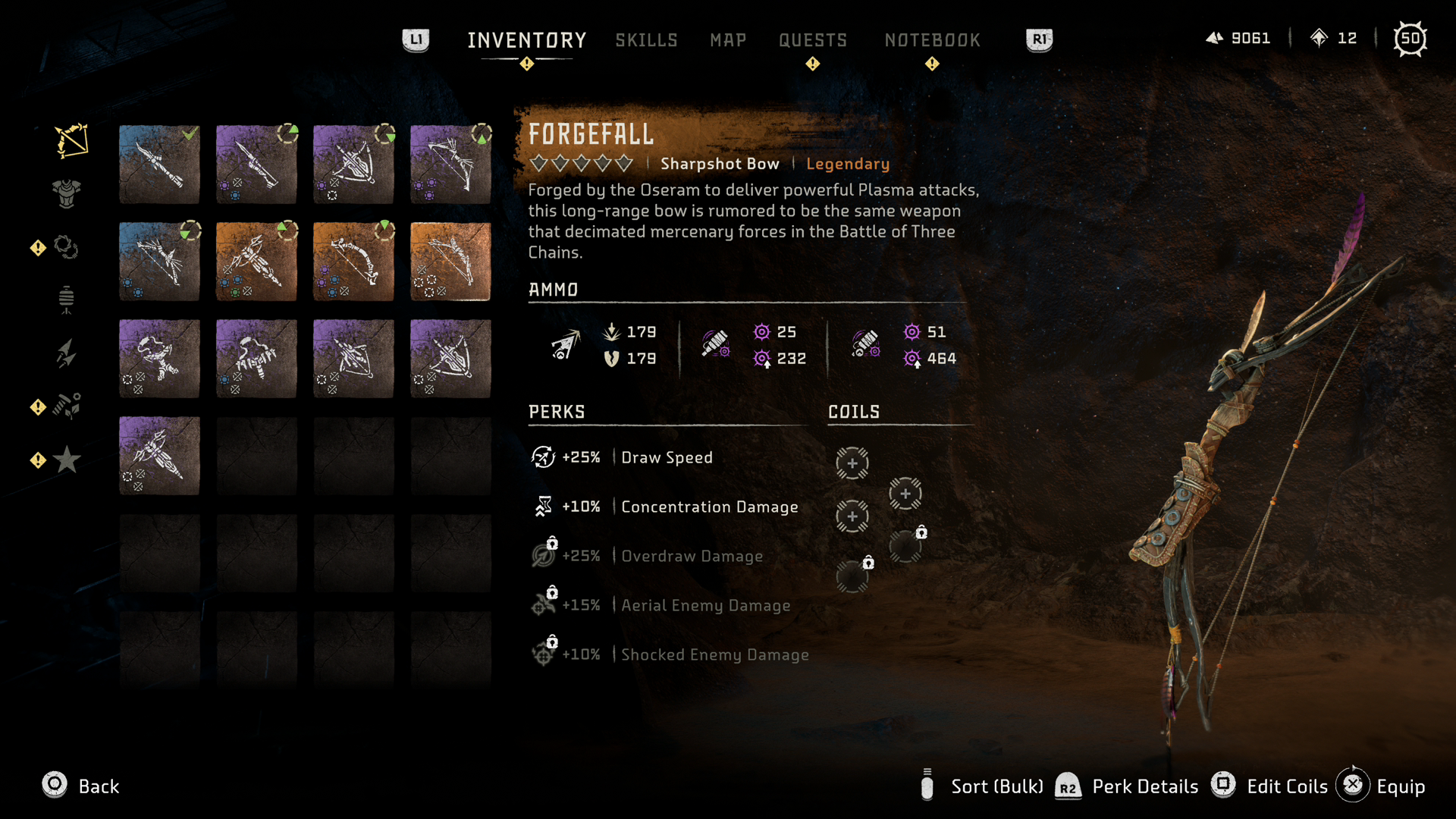 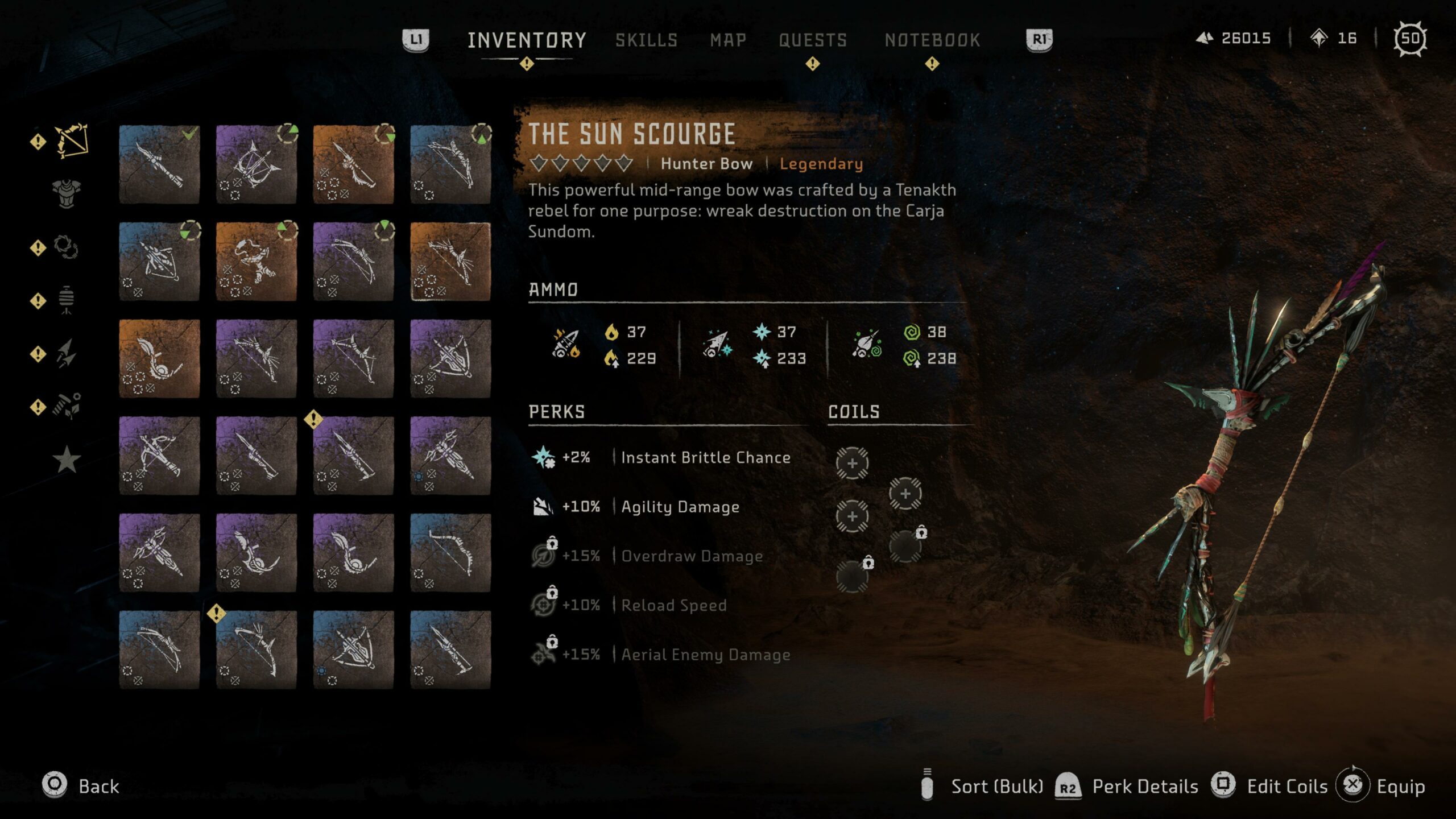 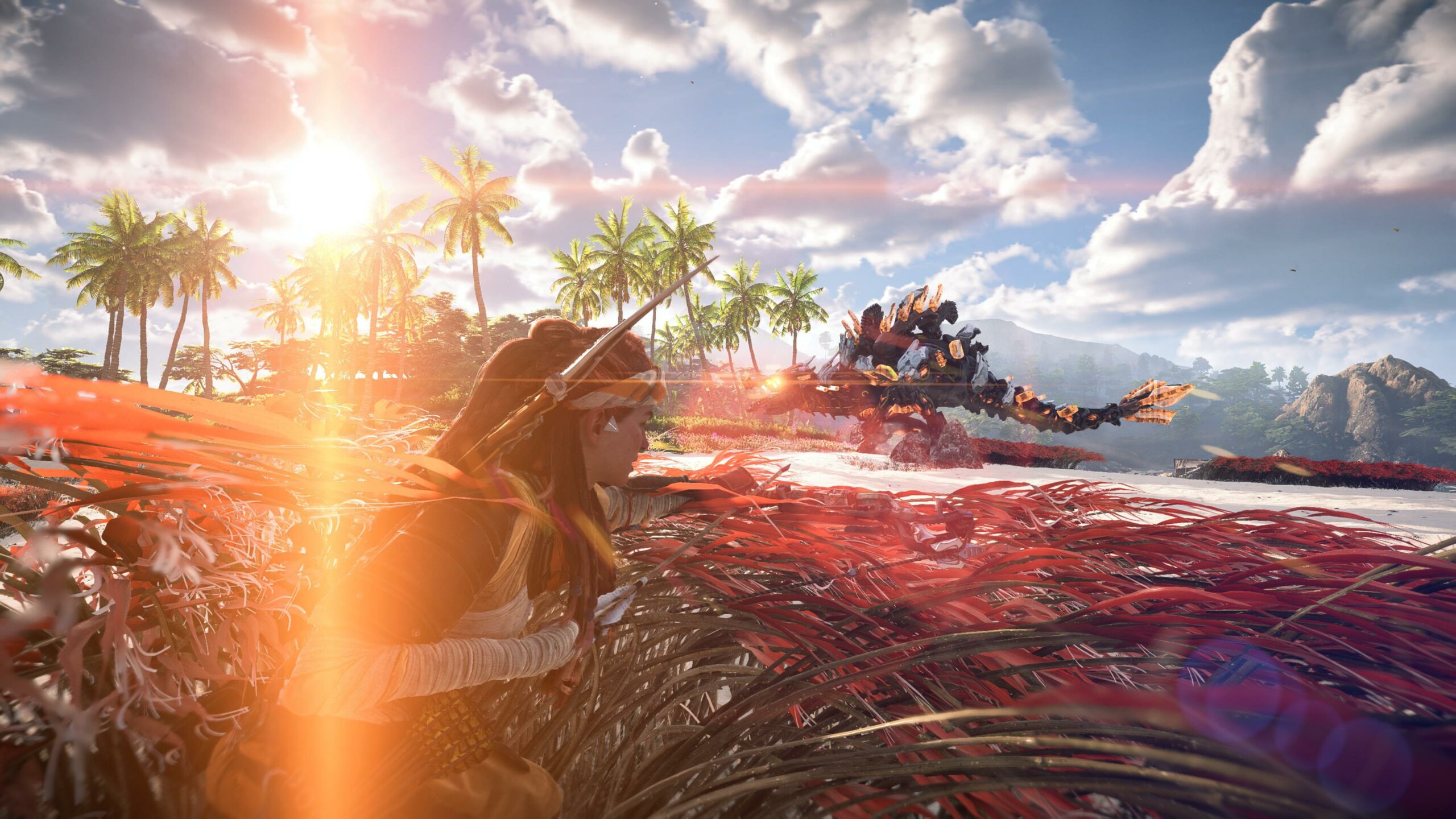 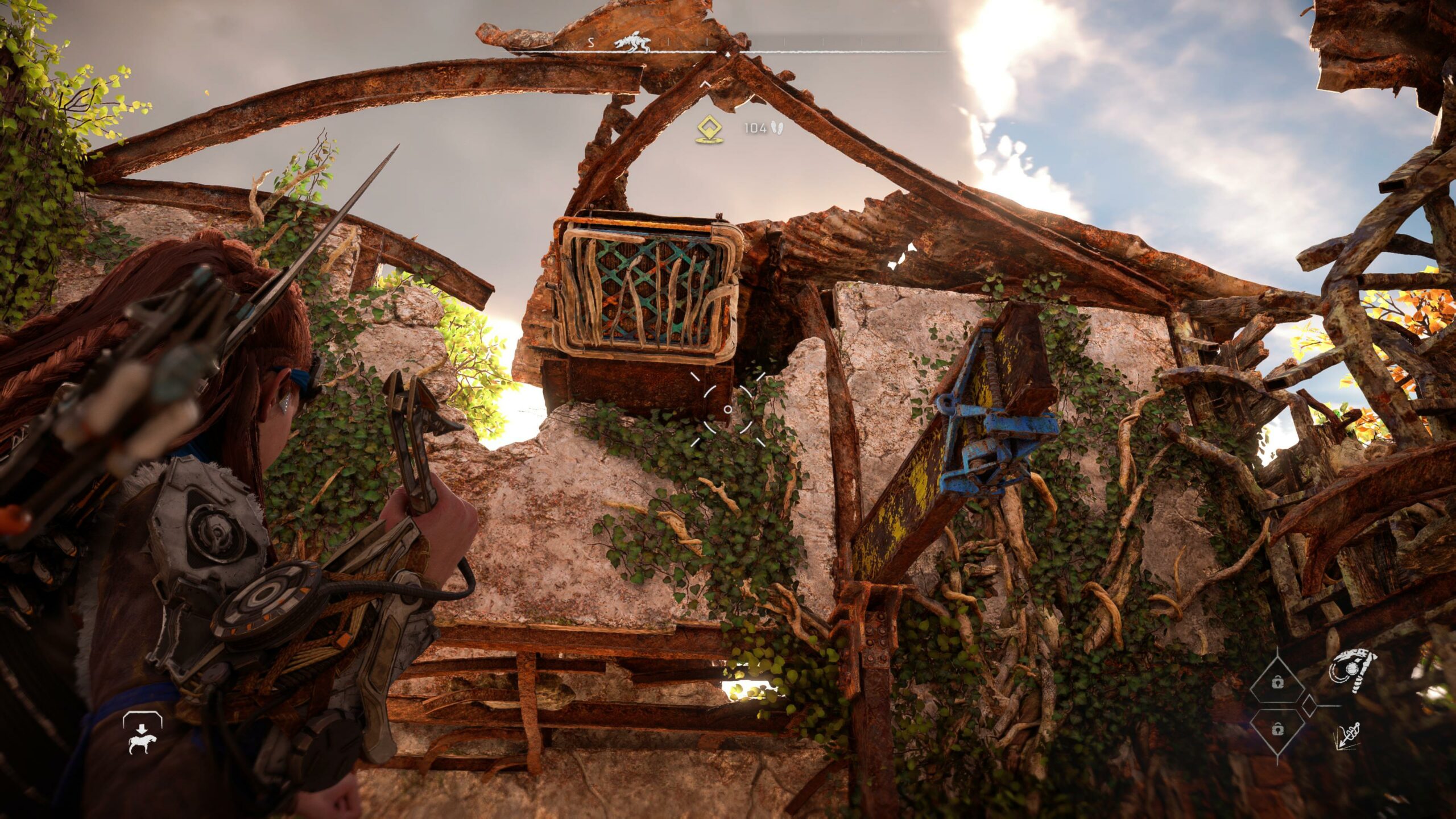 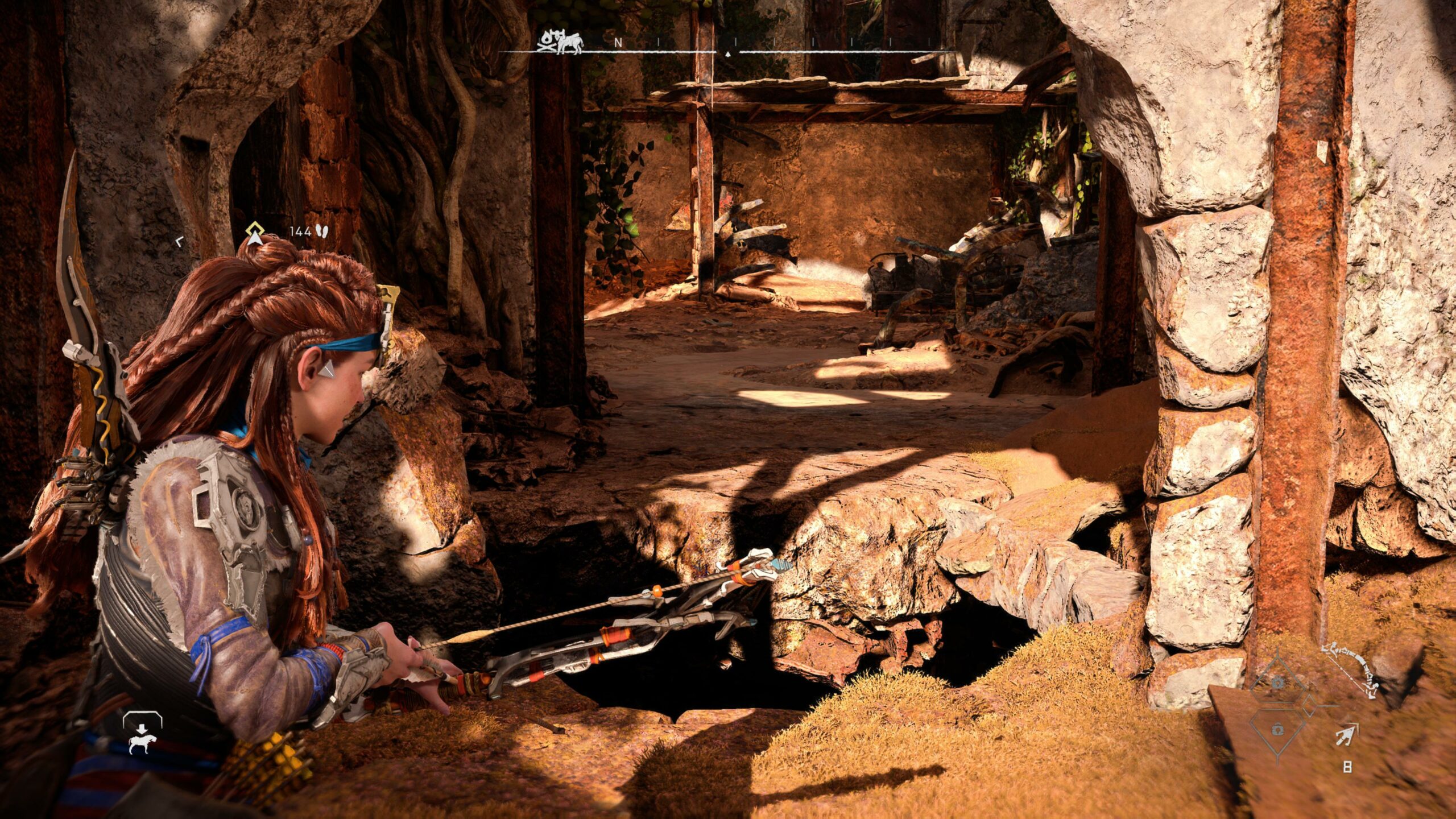 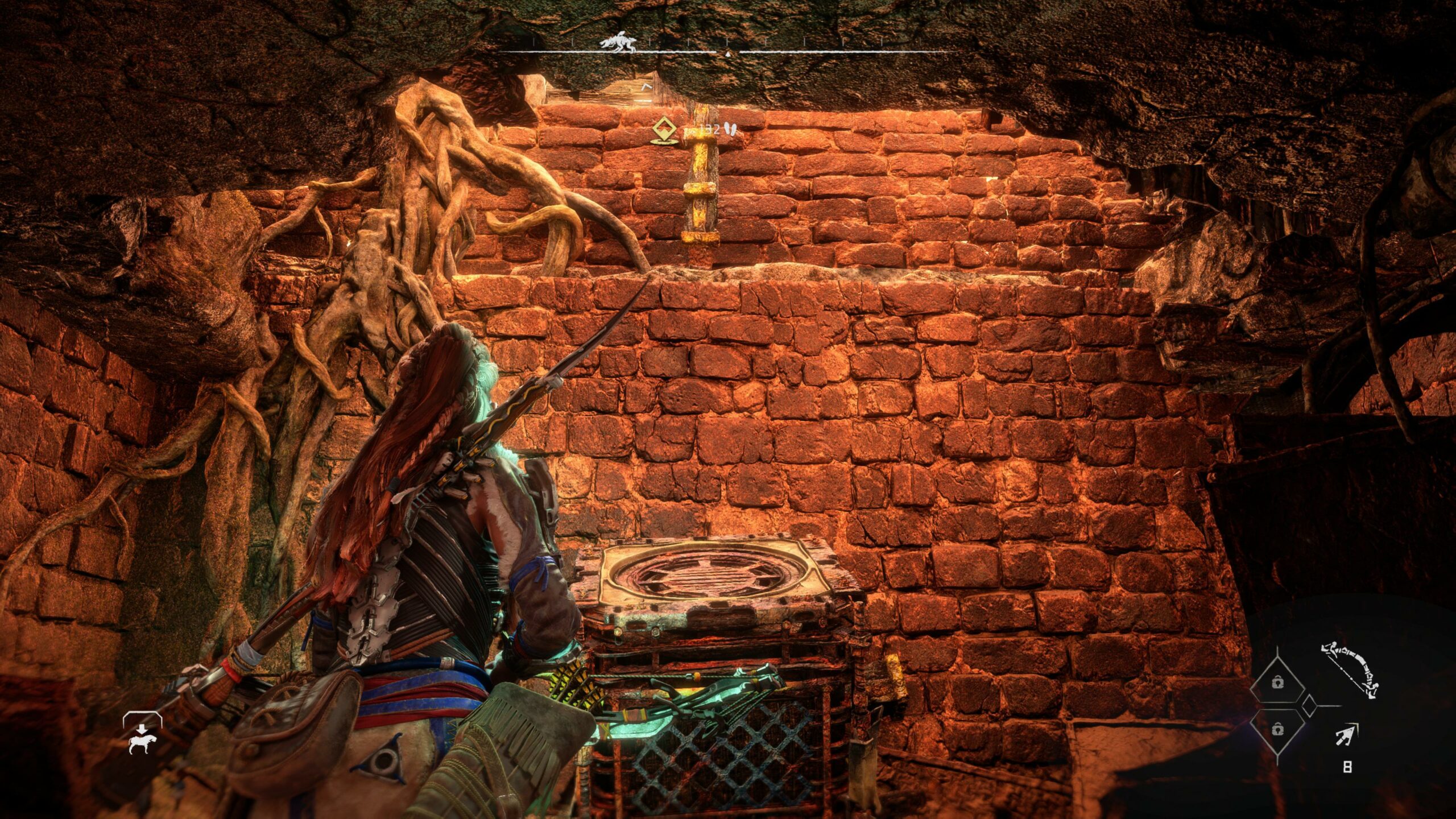 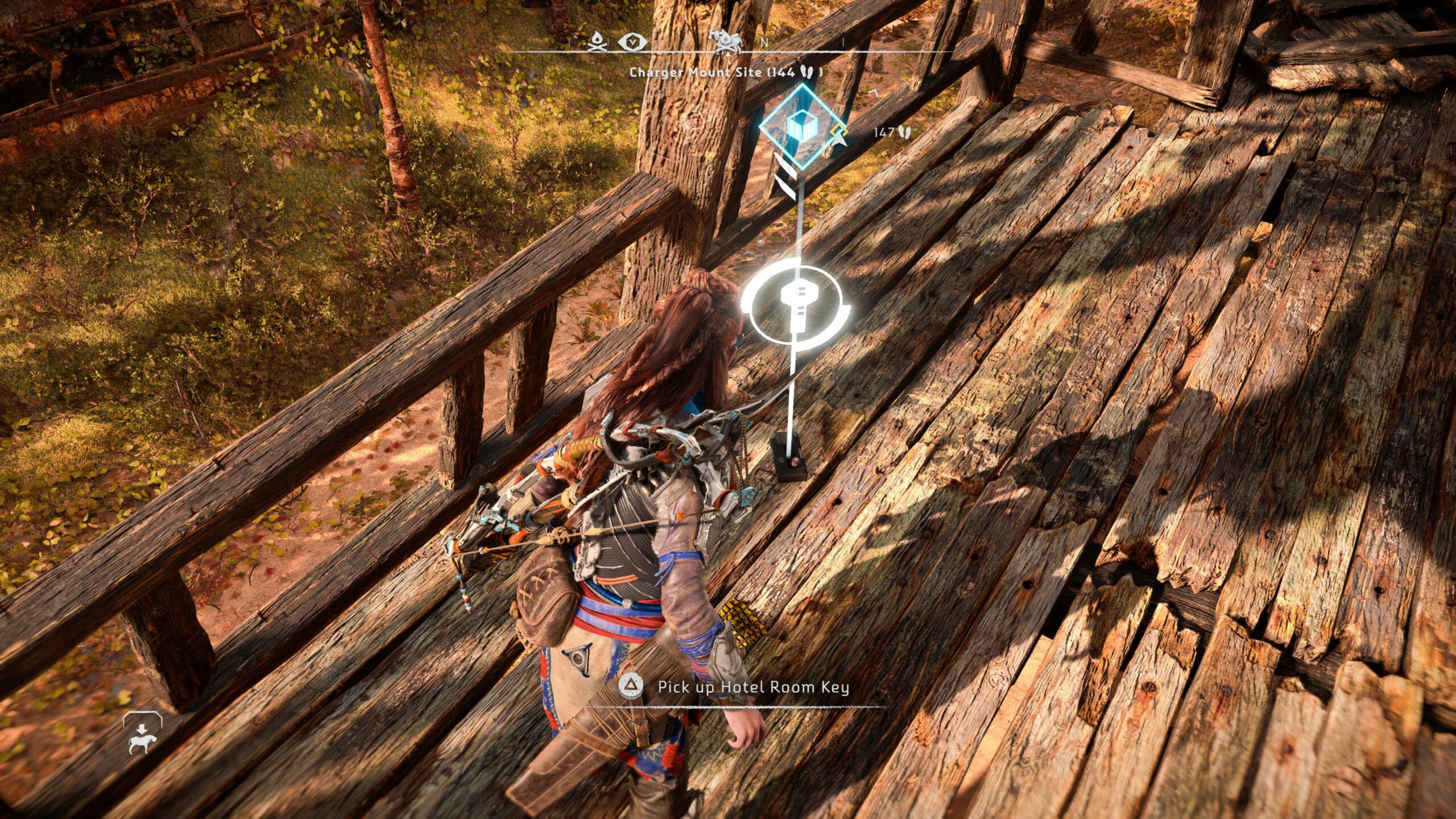 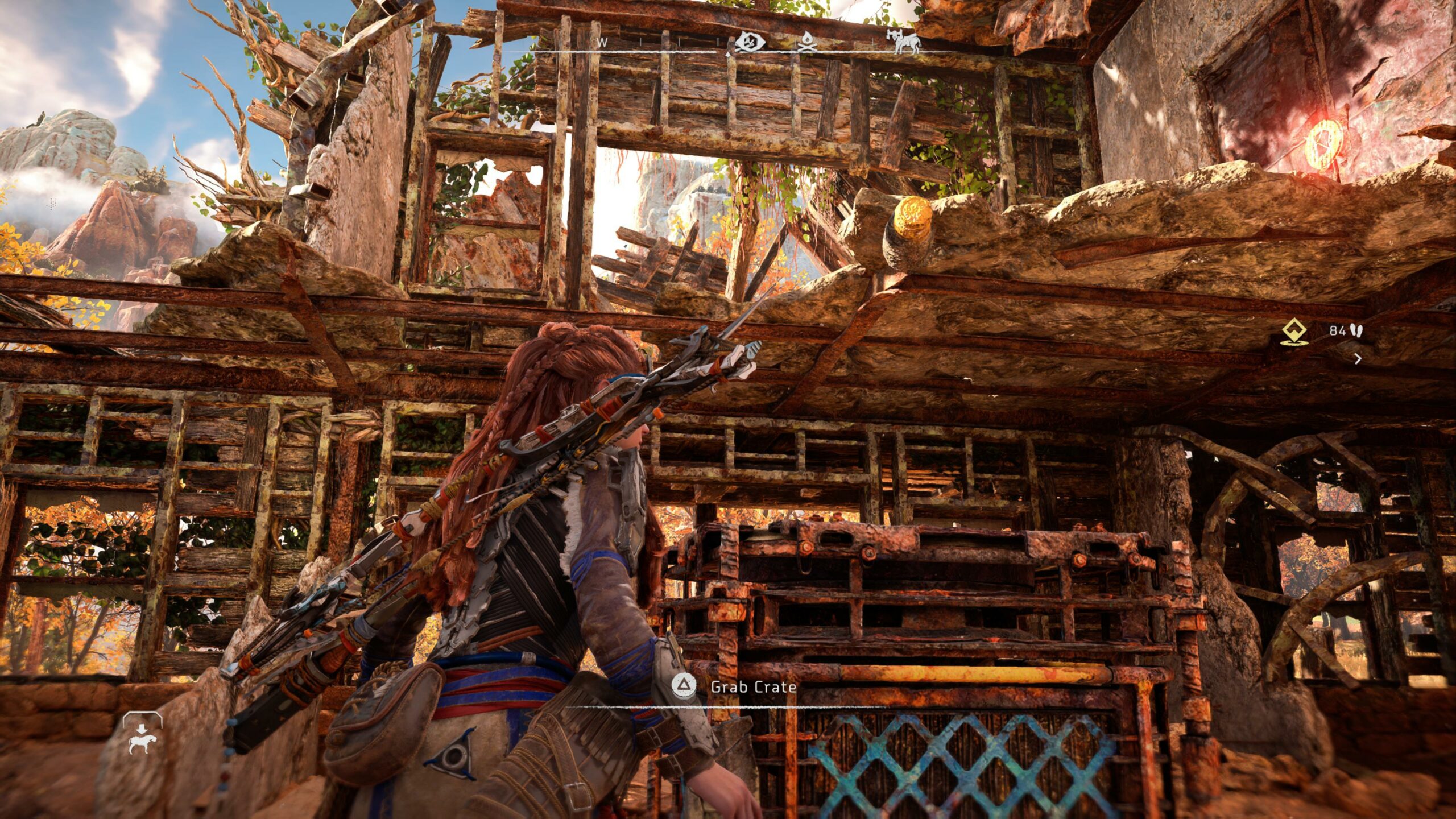 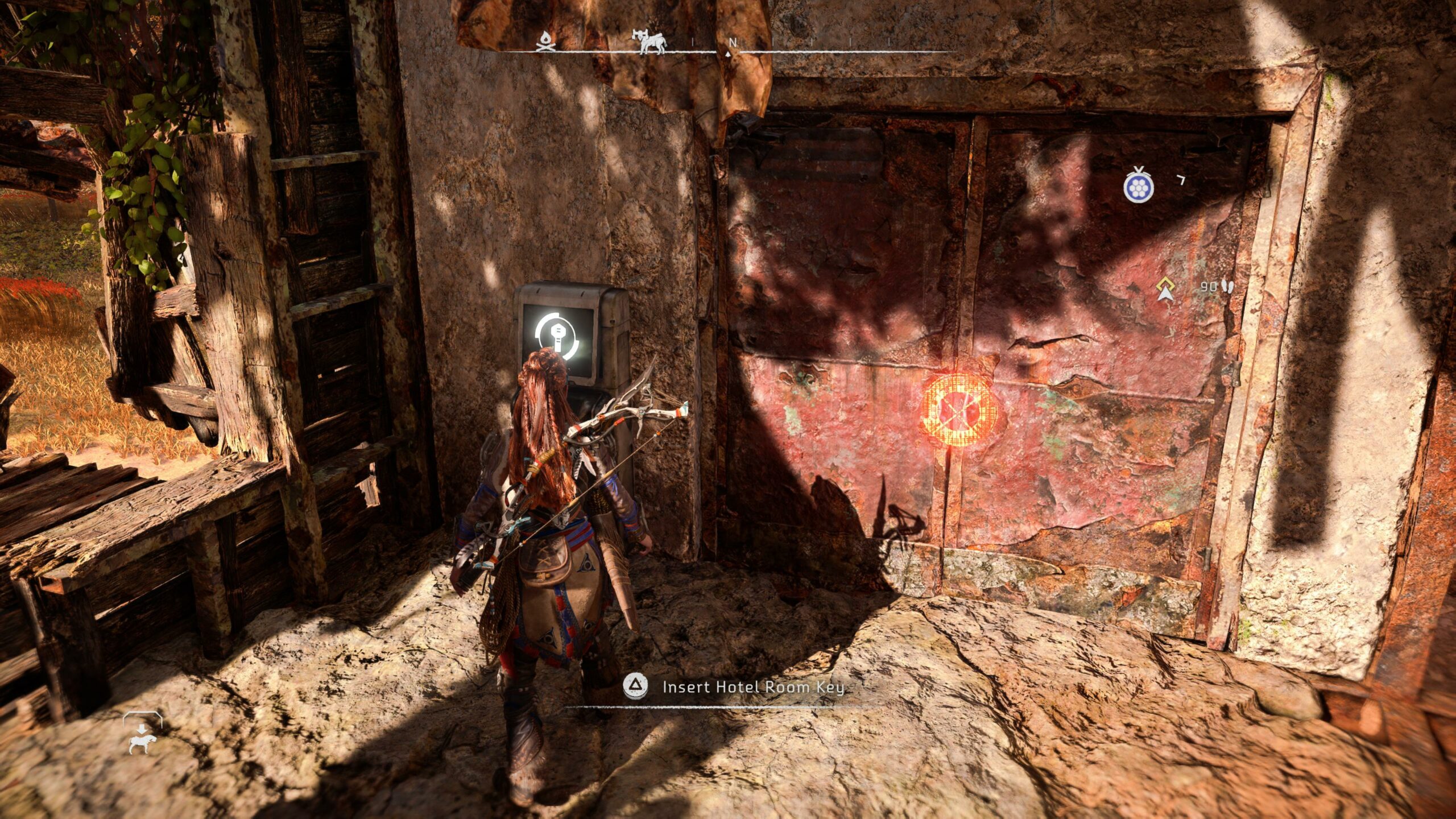 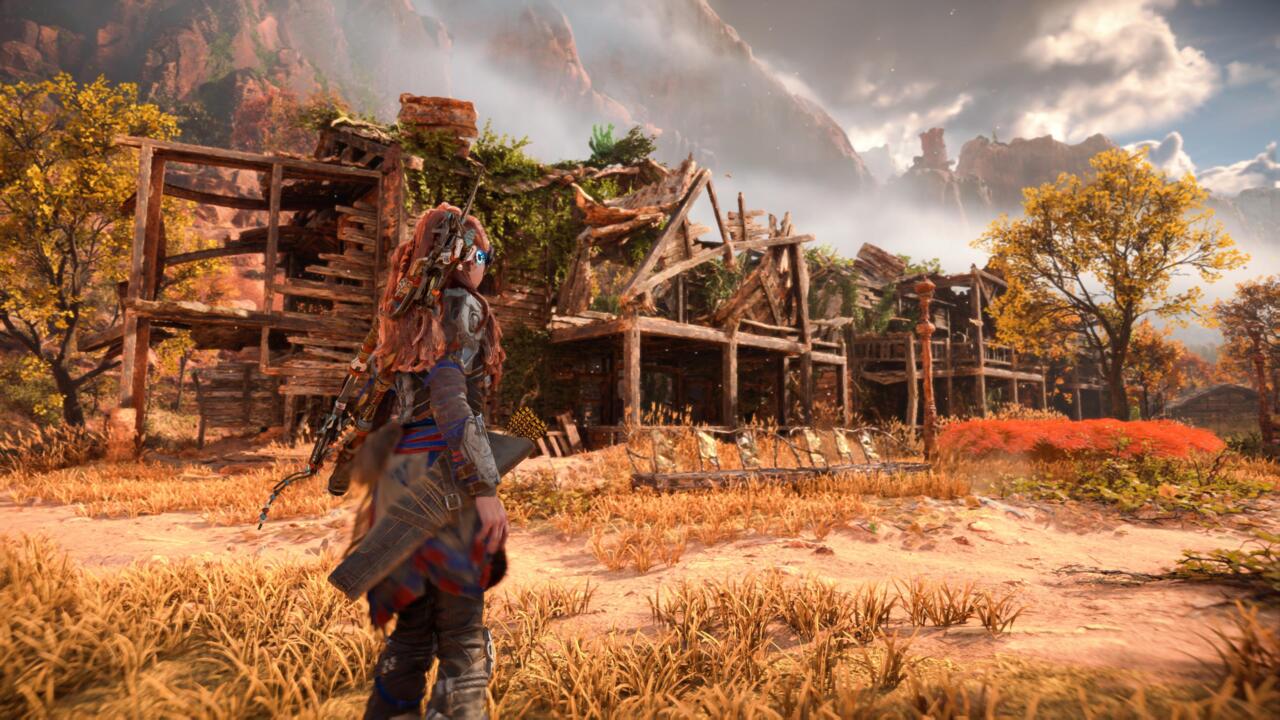 Inside, look down to see a weak wall with blue metal bars bolted to it. This is yet another recurrent signal to use the pullcaster, so do so and a gaping hole will appear in the wall. Head into the hole in the floor beside you (it was already there) and sprint to the end of the dimly lit corridor, where you may use the pullcaster on a ceiling piece with the same blue metal bars. You’ve now blasted a hole in the chamber above you, the same room where you put up the first crate one step before.

Return to the previous floor and place the original crate in the hole in the floor. Carry it to the opposite side of the dimly lit corridor and use it to grab some handholds (always noted by the color yellow). To find the key, climb all the way to the top and leap down to the balcony.

You may now open the locked door to the game’s first Relic Ruin with both the key and the code. You’ll get some XP as well as a bizarre shamrock ornament as a reward for your efforts. Seek out the side quest Night of Lights in The Stillsands location approximately halfway through the adventure to learn the true nature of these ornaments. For more on Horizon, check out our beginner’s guide and the key skills to learn early.