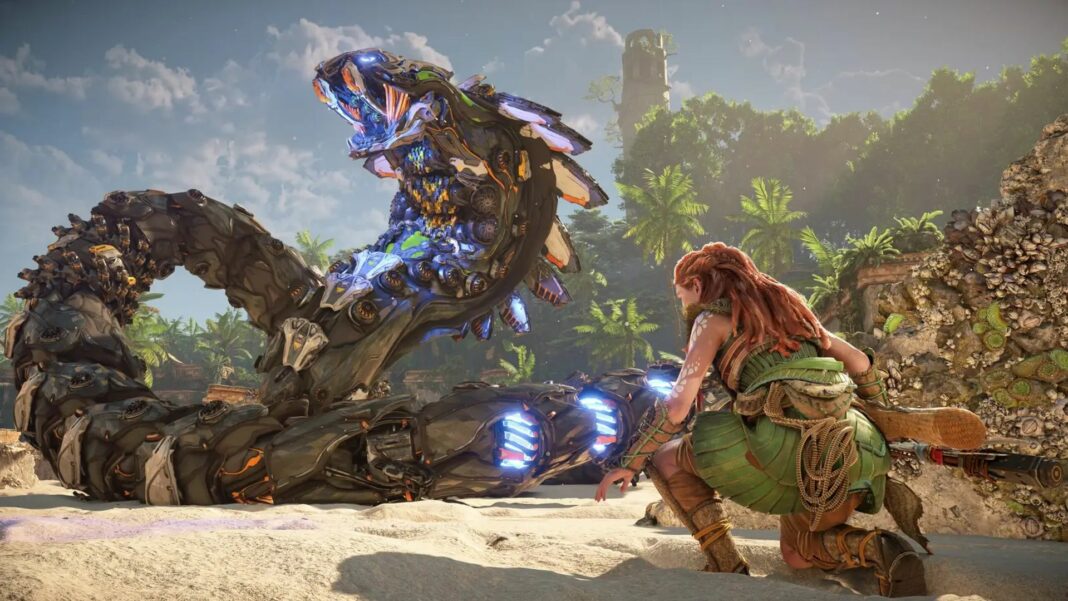 Sony has revealed that their popular video game Horizon Zero Dawn will be adapted into a television series. The game was first released on the PlayStation 4 platform on February 28, 2017. It’s a post-apocalyptic action role-playing game set in the United States. Although the Old Ones who once inhabited the land were technologically adept, the many tribes that today inhabit the area have varying degrees of technology at their disposal. However, the huge robots that wander the countryside are suffering from a condition known as the Derangement, which causes them to become hostile and dangerous, prompting the Horizon Zero Dawn tribes to fight back.

The Horizon Zero Dawn game follows Aloy, an outcast from the Nora tribe, who worships nature. She obtains a Focus, which is an augmented reality device that prompts her to inquire about her past. She spends time training with her outcast mentor Rost in order to win the Proving and reintegrate into Nora society, where the tribal Matriarchs may provide the answers to her questions. Despite her achievements, the tribe is attacked by cultists, and Aloy becomes a Seeker to track down the assailants. Aloy will encounter several deadly machines and discover slightly more about her own beginnings throughout the course of her long voyage.

According to IGN, Sony made a major announcement during an investor event earlier today. They’re now working on a series adaptation of Horizon Zero Dawn with Netflix. There is currently no information on a release date or the cast and crew.

There’s also no word on whether the Horizon Zero Dawn show will be animated or live-action at this time. Netflix has a history of producing animated adaptations of video game titles, such as Monster Hunter: Legends of the Guild, Dragon Quest: Your Story, Castlevania, and their most recent blockbuster, Arcane, which is based on League of Legends. They are, however, no strangers to live-action adaptation, having used it for the Henry Cavil-starring The Witcher and the Dynasty Warriors film in 2021.

On the other hand, the majority of Sony’s recent shows have been live-action, such as The Last Of Us, which is being created at HBO and stars Pedro Pascal, and Twisted Metal, which stars Anthony Mackie and is headed to Peacock. Horizon Zero Dawn is a massive game with thrilling environments and dangerous enemies. In addition to the format more closely reflecting the high-level aesthetics of the games, this would be a fantastic (albeit pricey) sight to see in live-action.