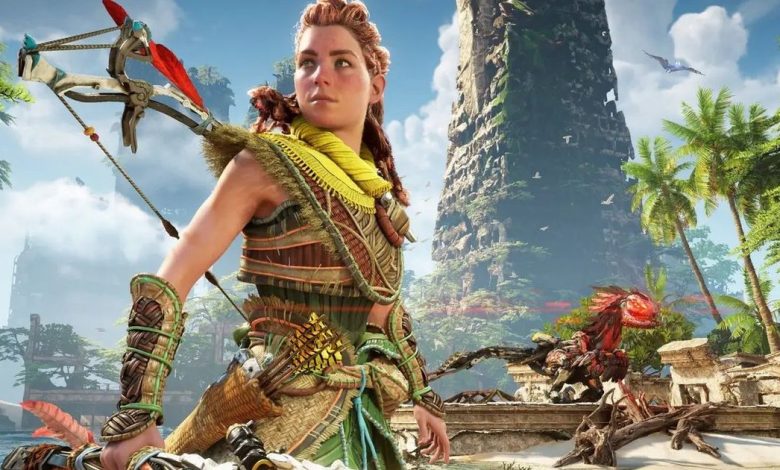 The God Of War Easter Eggs in “Horizon Forbidden West” are explained in depth by Guerilla Games developers, who also explain why they were there in the first place.

A reference to Sony Santa Monica’s critically acclaimed God Of War reboot was one hidden secret that players probably didn’t expect to find while exploring “Horizon Forbidden West”‘s impressively large game world, but Aloy can find totems modeled after Kratos, Atreus, Brok, and Sindri scattered throughout the titular Forbidden West. Each one can be located in a place that best represents the figure it represents, and by locating them all, players will be able to unlock an unique Kratos-inspired face paint that Aloy may use to terrorize bandits and robots alike while on her journey to rescue the planet.

Guerilla Games Senior Community Manager Annie Lee went into depth about “Horizon Forbidden West”‘s God Of War Easter Eggs in a recent blog post for the PlayStation website, explaining that her team enjoys collaborating with other PlayStation developers, and that these totems were a homage to that. The production team carefully considered each of the four God Of War-themed items before placing them in Forbidden West’s game universe. Guerrilla Games’ Senior World Designer, Elijah Houck, added to this by saying that his team wants the totems to be “standalone, hidden easter eggs” that are more difficult to uncover, which is why they aren’t marked on the map or given a specific task to chase.

Kratos and his son Atreus will go on a whole new journey in God Of War: Ragnarök, which is still set to release later this year despite some fans speculating that it would be postponed until 2023. Since its huge reveal last autumn, details regarding the impending God Of War sequel have been scarce, but Sony Santa Monica devs recently informed worried fans that God Of War: Ragnarök is playable in its present version. So far, God Of War: Ragnarök has revealed that Kratos and Atreus will work together to uncover the latter’s hidden link to an old prophesy predicting the end of the world. After an exhilarating tease at the conclusion of God Of War, Kratos will finally face the deadly God Of War version of Thor (2018).

The God Of War Easter Eggs in “Horizon Forbidden West” were a fitting homage to one of PlayStation’s iconic first-party titles’ highly lauded relaunch, and hearing how Guerilla Games opted to incorporate them into its own open-world fantasy epic is interesting. Many players in “Horizon Forbidden West” are still exploring the game’s sandbox area, so it won’t be long until they discover another intriguing mystery.

Previous articleUltimate Guide Of The Best “Elden Ring” Talismans
Next articlePC Game Pass Is Free For Three Months For Players Of “Halo Infinite”, Forza Motorsport 7, And Age Of Empires 4.

15+ Swimsuits That Turned Legendary Thanks to the Motion pictures