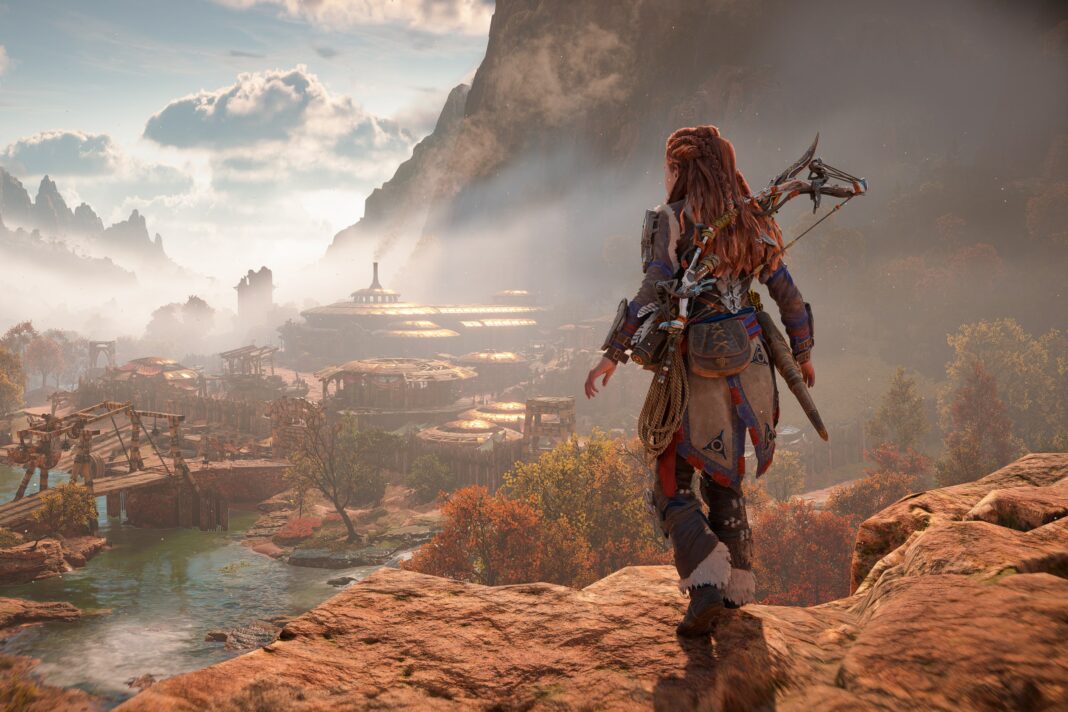 “Horizon Forbidden West” recently received patch 1.06, which addressed Photo Mode-related issues as well as occasions where Aloy mentions her stockpile a little too often. “Horizon Forbidden West”, a big leap forward from its well-received predecessor, was released in late February to excellent reviews. The game takes series protagonist Aloy into the titular Forbidden West as she looks for a method to restore GAIA and put an end to a deadly blight; understandably, a slew of challenges lie in her way.

The Horizon Zero Dawn sequel, like most games, didn’t launch in perfect shape, thanks to a slew of problems that can ruin the experience. One flaw, in particular, causes Aloy to frequently mention her stash, which is a chest where surplus inventory goods are stored for safekeeping. In the larger scheme of things, it’s not a big deal, but most players would agree that the frequent reminder can get tedious after a while. While Horizon Zero Dawn’s excellent Photo Mode has been much improved for the sequel, it still has a few flaws. Switching Aloy’s stances in Photo Mode, for example, causes some outfits to blur.

Horizon Zero Dawn Patch 1.06 was released today, March 2nd, and includes dozens of bug fixes. Patch notes on the official Horizon Reddit page detail many difficulties with major quests, side missions, graphics, and open-world activities. Notably, digital photographers will be glad to find that blurriness on Aloy’s clothing caused by shifting positions in Photo Mode should no longer be an issue. Patch 1.06 should also limit the number of times the protagonist refers to her inventory when picking up an excessive number of objects. (It’s worth mentioning that several of the patch notes’ bullet points include spoilers.)

Patch 1.06 for Horizon Forbidden West is live now! Our team addresses more community-reported issues, and will continue to look into more issues and feedback.

Patch 1.06 should help a lot of people have a better time in the game. Those who encounter more issues while attempting to take down “Horizon Forbidden West’s” machines should report them using PlayStation’s official support procedures. Hopefully, there aren’t too many bugs left in the open-world game.

Forbidden West doesn’t appear to be the final chapter in Aloy’s story. According to recent comments made by the VSC Rating Board, a PEGI system administrator in Europe, the sequel may receive some form of expansion. While neither Guerrilla Games nor Sony has confirmed this, such post-launch support wouldn’t be surprising given how well the Frozen Wilds DLC for Zero Dawn was welcomed by critics and players in late 2017.