The Cauldrons are among of the most enjoyable side activities in “Horizon Forbidden West”. The factories that generate the lethal robot beasts that inhabit the Horizon games are housed in these techno-heavy, dungeon-like structures. However, if you can get into one and uncover its core, you’ll be able to hijack those machines, momentarily converting them into allies in battle or even mounts you can ride around the game environment to move around faster.

There are a few Cauldrons in Forbidden West, and while some are found as part of the game’s story, others must be discovered on your own. They’re also a bit of a chore to complete—once you enter a Cauldron, you must finish it before returning to the Forbidden West’s open environment.

Each Cauldron holds the Override codes for a variety of machines you’ll come across in the wild. Some will be unlocked immediately after finishing the Cauldron, while others will be “corrupted,” requiring you to kill other machines of that sort throughout the world in order to collect particular components that will allow you to fully open the Override. Once you’ve unlocked the Base early in the game, you can finish those Corrupted Overrides there.

Here’s a list of all the Cauldrons in Forbidden West, as well as a list of the machines you’ll be able to Override once you’ve completed them. Because a few sites are only accessible as part of the main quest, there are some small tale spoilers here. We won’t give anything away, but if you don’t want to know where the story will lead you, you might not want to continue reading.

Overrides and sites in the Forbidden West Cauldron on the Horizon

While you’ll have a lot of Cauldrons to find towards the conclusion of the game, you won’t be able to start wiping them out right away. After the Embassy between the Carja and Tanakth, you’ll need to progress through the initial part of the game in The Daunt to gain entrance to the West proper. 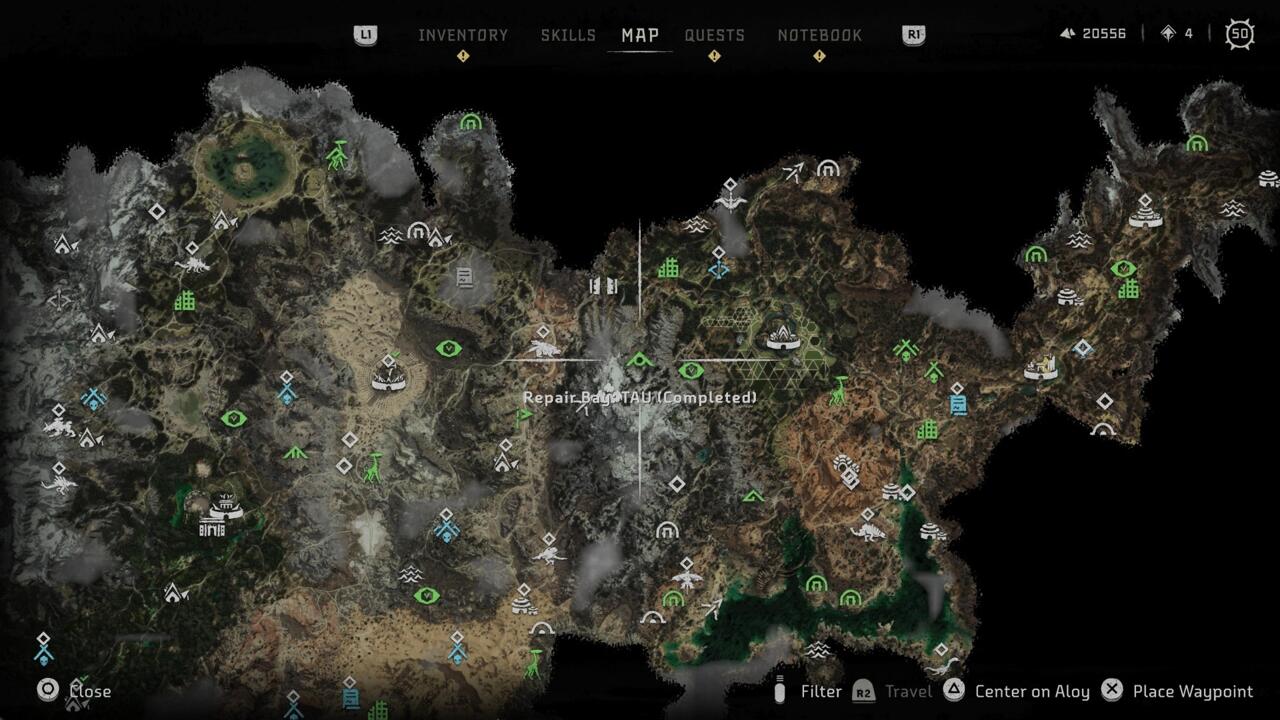 Your first Cauldron site is tucked in a mountain just west of Plainsong in Utaru territory. When you enter No Man’s Land and interact with the Utaru, you’ll arrive at this place as part of the main story. It’s a good idea to finish the main quest and deal with Repair Bay as soon as possible, as it not only moves you through the plot and map of Forbidden West but also unlocks a new mount option. 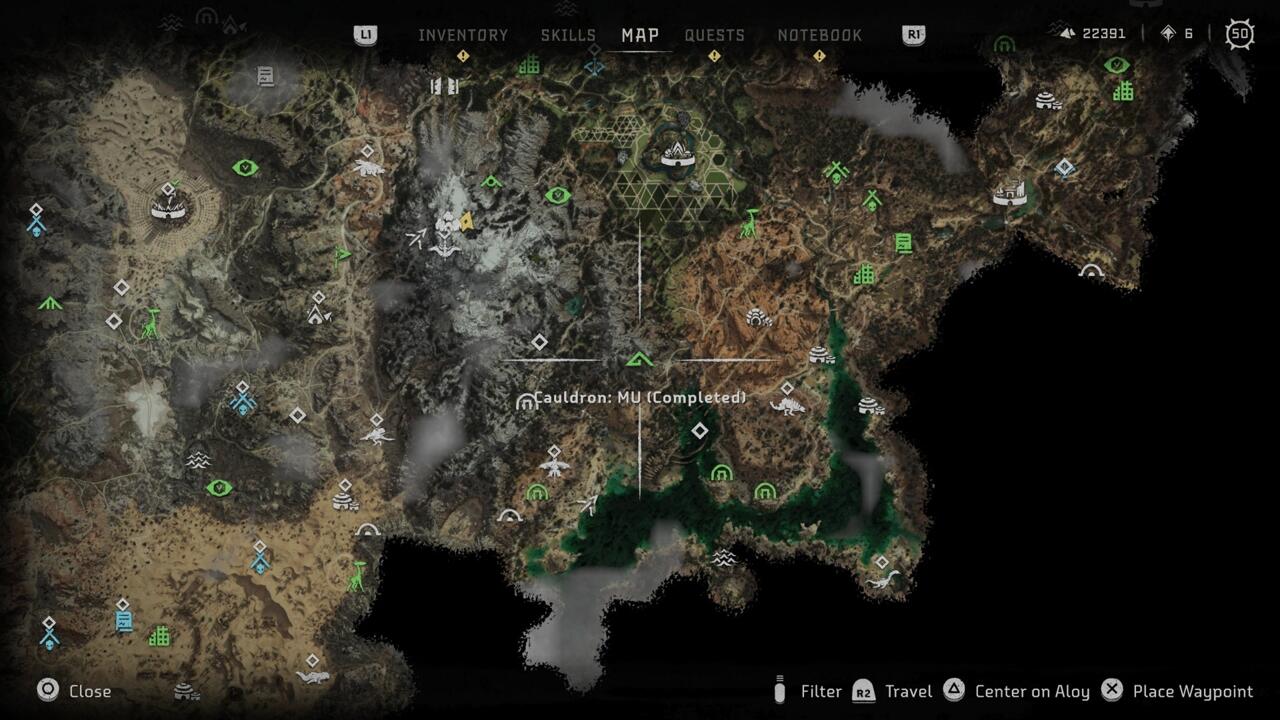 Cauldron MU is the first optional Cauldron you’ll likely come across the south of Plainsong, near where you’re assigned to find Sylens. After completing it, you’ll be able to Override several of the machine kinds you’ll come across early in the game. 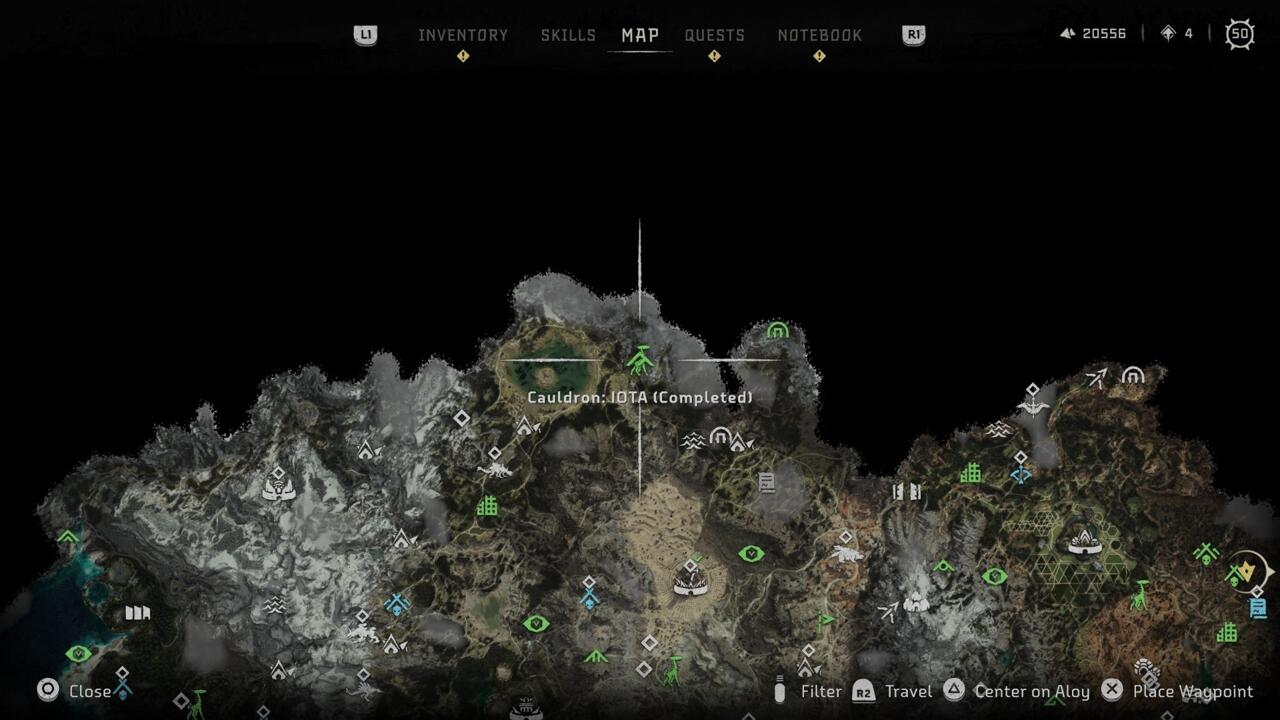 Tall Neck doesn’t exist in the area of Scalding Spear, the next big settlement you’ll come across when you go west into Tenakth land. That’s because it’s still being built in Cauldron IOTA, and clearing the Cauldron will also allow you to perform a Tall Neck scan of the area, which will fill in your map. This one contains a large number of Overrides, so head toward it around the time you get at Scalding Spear to unlock this entire region of the globe. 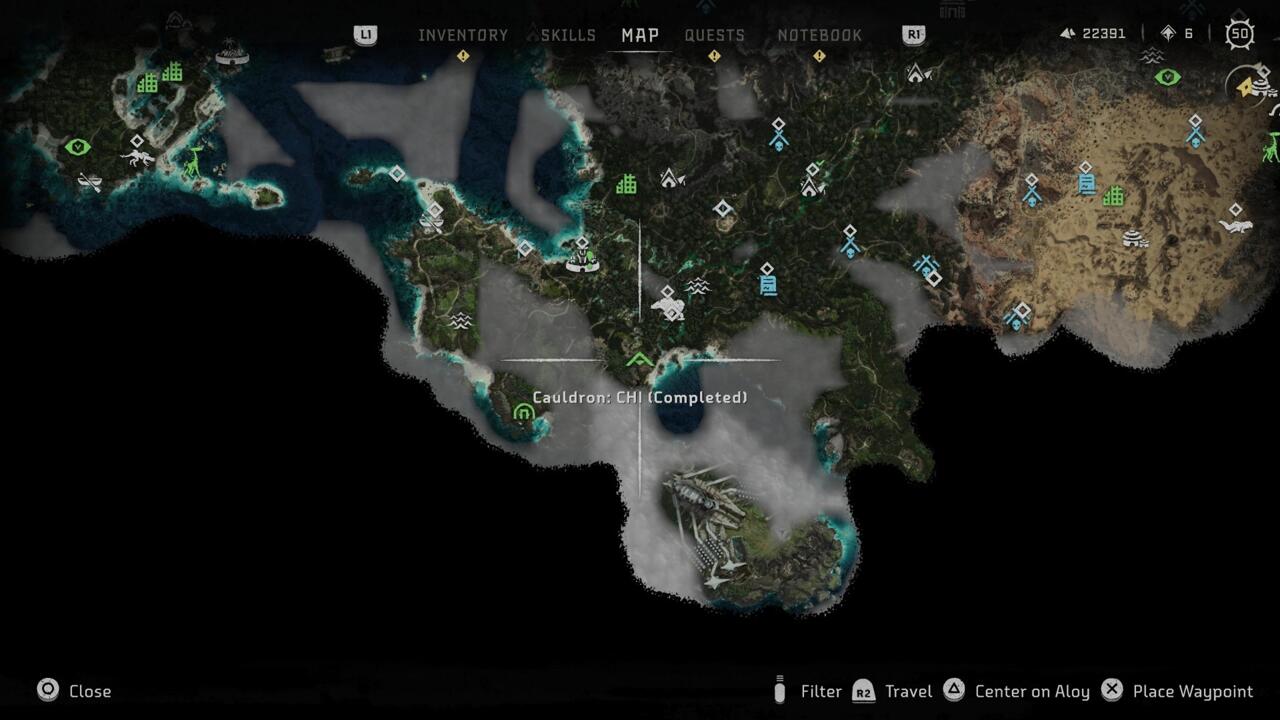 Cauldron CHI can be found in the southern area of the Sentinel forest, south of Thornmarsh. After you’ve finished the story tasks that lead you to the Greenhouse, but before you set sail for Legacy’s Landfall by boat, you’ll probably want to visit this Cauldron. Thornmarsh is close to where you’ll pick up your boat, so simply head south to find CHI. 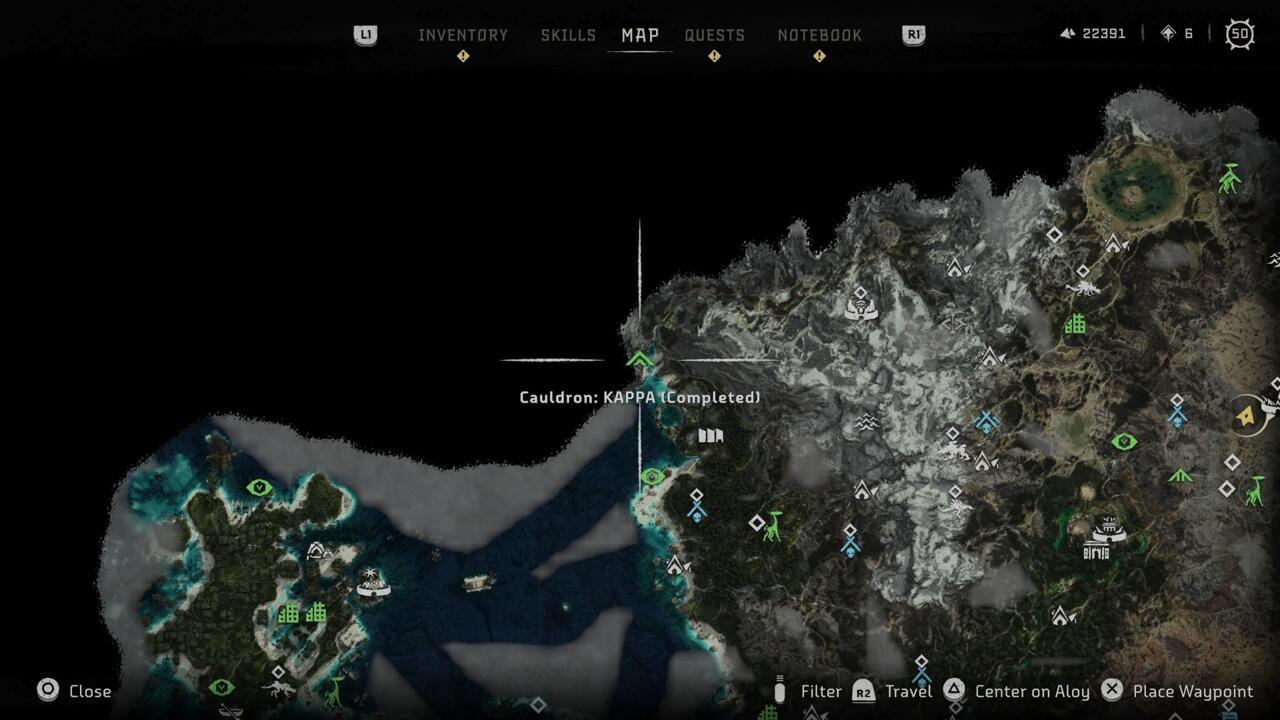 KAPPA is the most difficult Cauldron you’ll face, and it’s also the most difficult to find. It can be found north of the mainland’s western coast, west of The Bulwark, and northwest of the Greenhouse. You may simply reach there by following the beaches. Because it’s half-flooded, this Cauldron may be the most difficult in the game. Before you go looking for this one, make sure you’ve finished the task to get Poseidon and explored Hidden Ember.

It won’t necessarily be the last Cauldron you see, but GEMINI is one you won’t be able to visit unless you’ve progressed far enough in the main plot. You can find and enter the Cauldron by the time you get to Scalding Spear, but there’s nothing to do there until you’ve retrieved Gaia’s subordinate functions. When you finally clear this Final Cauldron, you’ll be rewarded with an Override.

In “Elden Ring”, What Happens? Part 7 of the Game’s Plot: Castle Sol and the Consecrated Snowfield