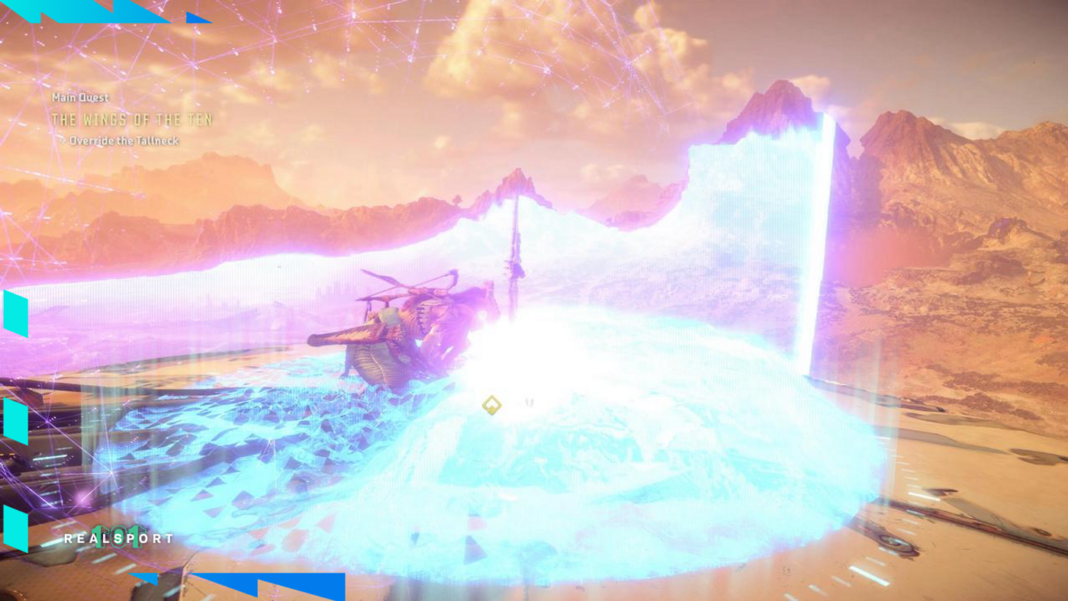 “Horizon Forbidden West’s” tallnecks are the game’s open world’s Ubisoftian towers, same like the original game. Players can scale these massive machines as Aloy to uncover more of the map, which leads to further villages, side quests, and other activities. The Shining Wastes tallneck, however, is more difficult than the rest of the game’s tallnecks. You’ll need a specific late-game ability to solve this one, and it’s one that could be deemed a spoiler, so consider this your spoiler warning. In “Horizon Forbidden West“, here’s how to finish the Shining Wastes tallneck.

Tallneck from the Shining Wastes

While all of the other tallnecks in the sequel can be completed as soon as you find them while going east to west, the Shining Wastes tallneck requires you to return later after you initially encounter it. This is because you must first complete the Wings of the Ten task. Aloy gains the ability to equip a sunwing, a unique vehicle that she may utilize to soar around the globe, during that must-see story adventure. You’ll be able to summon a sunwing at any time after that, as long as it’s the most recent mount you’ve tamed—and it’s still operational.

The Shining Wastes tallneck action is woven straight into the center of the story once you start that assignment since Aloy will fly to it and repair it as part of the main goal. This moment will occur around 18-20 hours into the game for dedicated players, though it may occur much later if you’ve been doing a lot of sightseeing in the plot up to that time.

Other tallnecks have their own problems to solve, such as one that stomps around in the sea, another that patrols through a deep jungle, and yet another that you must temporarily disable with weaponry before restarting. You’ll have cleared most of the fog from the map once you’ve solved all of the game’s tallnecks, allowing you to take on all of the game’s objectives, side activities, and more. Check out our “Horizon Forbidden West” beginner’s guide for additional information about Guerrilla’s massive new game.