Warthog From “Halo Infinite” Game Can Still Drive Without Tires 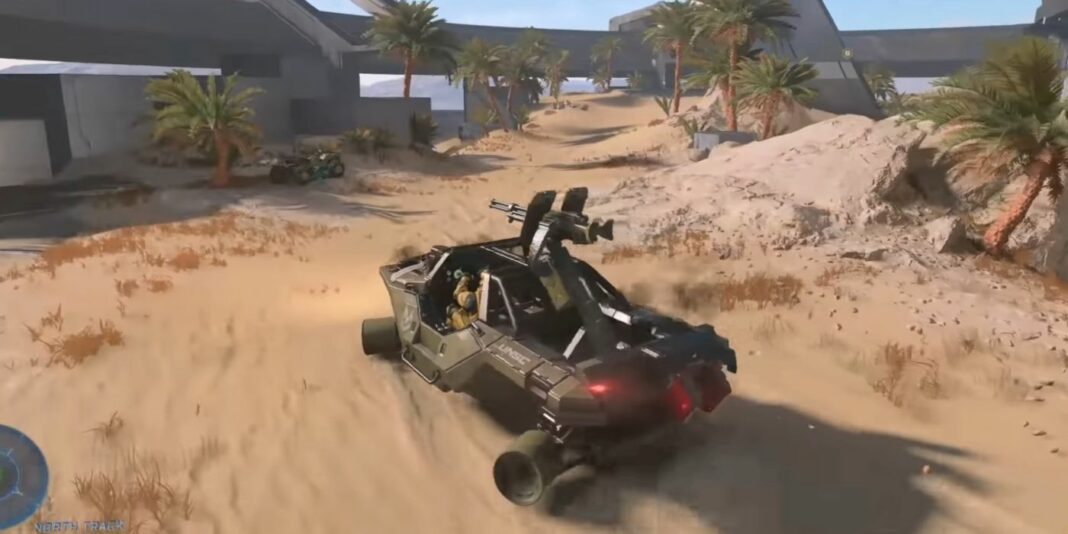 The Warthog and Mongoose vehicles in “Halo Infinite’s” multiplayer tech preview have discovered that they can drive without tires. The first weekend of “Halo Infinite’s” second playtest, which allowed players to try out the game and provide input to developer 343 Industries ahead of the game’s long-awaited December release, was put to the test.

“Halo Infinite’s” free-to-play multiplayer, like all prior games in the long-running and enormously influential Halo franchise, includes vehicles on specific maps, including Halo’s ever-popular Warthog and Mongoose. While both of these vehicles are engineered to handle a lot of punishment, they will become unusable and explode if they absorb too much damage, and thanks to Halo Infinite’s upgraded graphics, this looks even better than before. Players can even shoot off their Warthog’s tires, but this doesn’t appear to have a significant impact on the Warthog’s ability to maneuver the difficult terrain of “Halo Infinite’s” multiple multiplayer maps.

On the last day of the “Halo Infinite” tech preview’s first weekend, Reddit user ElArterias submitted a quick gameplay video of themselves shooting out their Warthog’s tires to the Halo subreddit. They went on a joyride with the now-tireless rover, and it still moved – albeit significantly slower and with less handling. Not long after ElArterias’ Warthog ride, fellow user ninjaiceflame tried it with a Mongoose, and despite a few sparks emerging from the Mongoose’s wheels when driving through metal floors, the smaller vehicle ran as planned.

During the last round of developer 343’s pre-release flighting, many fascinating tidbits and gameplay peculiarities like this were uncovered, including the reintroduction of the legendary BXB hack resulting in effortless melee kills and the genuinely bizarre infinite wet floor sign “Halo Infinite” bug. Finding (and hopefully fixing) issues like these are the final step of Xbox’s arduous road to get “Halo Infinite” up to speed following its postponement as a launch title for the Xbox Series X/S in 2020.

Over the last year, 343 has gradually won over some skeptics by demonstrating “Halo Infinite’s” more polished aesthetics and art style, but many fans are still frustrated that the Halo series’ popular Forge Mode and Campaign Co-Op would not be available at launch.

At the very least, would-be Spartans will be relieved to learn that their battle-hardened Warthogs and Mongooses in “Halo Infinite” will be capable of taking a lot of damage, up to and including four blown-out tires. In the second weekend of the “Halo Infinite” multiplayer tech preview, which begins September 30, players will have another chance to playtest these vehicles.