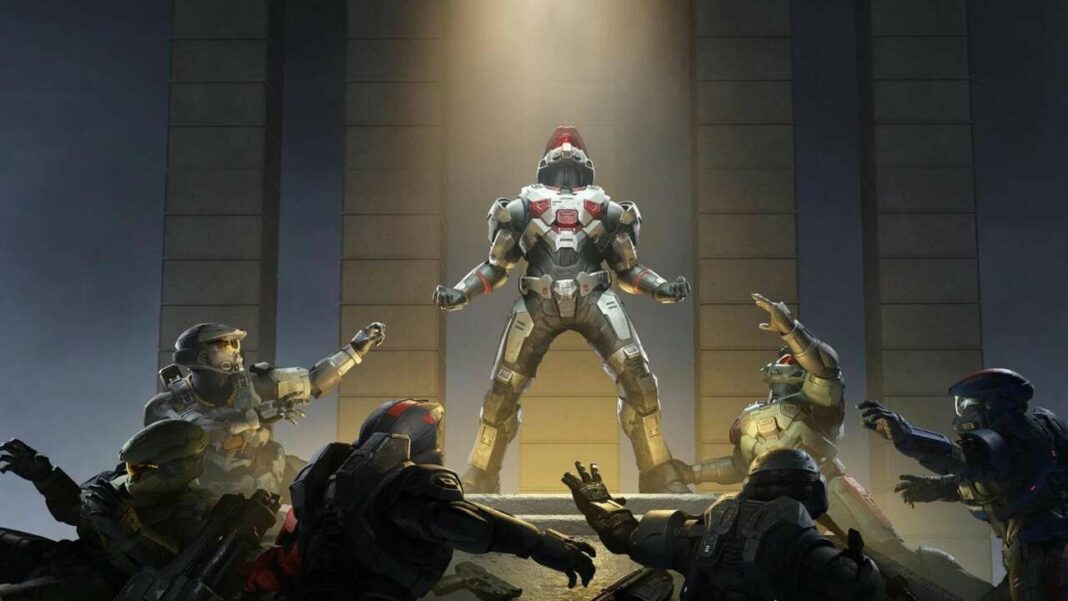 Originally only available during the two-week-long Interference event on the newly-added Breaker map, Last Spartan Standing now gets its own permanent playlist, allowing players to play the mode on launch maps Fragmentation, Deadlock, and High Power as well.

Along with a new battle pass and two new maps, the mode is one of the biggest additions to “Halo Infinite” Season 2. Last Spartan Standing is a battle royale-style game in which 12 players compete for supremacy with a limited number of respawns, with the area of the battlefield reducing overtime to push players to duke it out.

Players in Last Spartan Standing can “level up” their loadout by collecting kills and assists, rather than scavenging the map for supplies and weaponry like in a standard battle royale. Powerups like Overshields and Active Camouflage are also regularly dropped onto the map for you to fight over.

While Last Spartan Standing isn’t quite a battle royale, “Halo Infinite” is said to be getting a new large-scale game mode that could be another spin on the battle royale model. Certain Affinity, a studio founded by ex-Bungie developers and which has long partnered with both Bungie and 343 Industries on new content for multiple Halo games throughout the franchise, is said to be working on the mode. Certain Affinity recently announced that it has “deepened its partnership with 343 and has been tasked with further improving Halo Infinite in some new and interesting ways.”

The second season of “Halo Infinite” has come, but features like online co-op and the Forge custom map development tool will have to wait a little longer. Online co-op will be available in late August, and Forge will have an open beta in September.