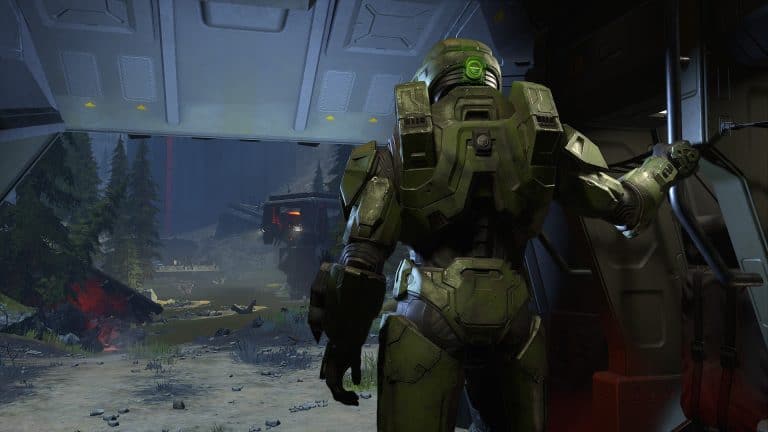 Given reports of a forthcoming repair, players waiting for “Halo Infinite’s” Big Team Battle playlist to be patched may be able to join games unfettered soon. Since the original game debuted on the Xbox in 2001, Halo has been a mainstay on the platform, paving the way for current multiplayer shooters. “Halo Infinite”, like many of today’s popular multiplayer games, has had troubles since its release in November.

“Halo Infinite“ debuted its free-to-play multiplayer on PC, current-gen Xbox systems, and last-gen Xbox systems, successfully resurrecting the Halo franchise. New online game modes have been launched by developer 343 Studios, which add a variety of multiplayer choices. Many veteran players were very enthused about Big Team Battle mode upon launch, as it is a Halo multiplayer classic. Unfortunately, since its inception, the game mode has struggled to keep players connected, especially when more than a few buddies are joined together. Fans, on the other hand, have gotten some encouraging news that a patch may be on the way sooner than thought.

Developers turned to the Halo Waypoint Blog to inform fans that a future patch has been filed for approval, and it will address the key issues that have plagued “Halo Infinite’s” BTB since its release. According to Gamespot, if everything goes according to plan, the update might be available as early as February 3. This isn’t the first time someone has tried to remedy BTB’s problems; prior attempts have included blocking users from joining games in progress and limiting the number of friends they may invite to a match. These measures did not resolve the problem, and players are still having problems connecting to “Halo Infinite’s” 24-player matches. Due to player comments and data gathered from prior hotfixes, the developers anticipate that the upcoming release will stabilize the fan-favorite mode.

Not only did the weekly release include a patch for BTB, but it also included other encouraging news. The Purrfect Audio helmet, which adds beautiful cat ears to “Halo Infinite’s” Spartans, is set to return. Furthermore, the developers admitted that the in-game shop had historically failed to provide value and quality. They stated that they would continue to track shopper patterns and player feedback for the rest of season 1 in order to make the upcoming season 2 of “Halo Infinite’s” multiplayer a much more delightful experience for gamers wishing to earn or acquire fashionable cosmetics.

After years of anticipation, “Halo Infinite’s” open-world story and more than a half-dozen multiplayer game types are finally available. Still, gamers will be hoping that the fan-favorite BTB playlist will stabilize soon, allowing the mode to return to the reliable and pleasurable experience it has provided in previous years. While gamers are eager for the game’s problems to be ironed out, many are even more eager for “Halo Infinite’s” impending co-op feature to be released, as well as the many other upgrades revealed for season 2, which is planned to debut in May 2022.

XeSS, Intel’s Answer To DLSS And FSR, Gets Surprise Launch

FX Chairman Explains Why “Y: The Last Man” Was Canceled