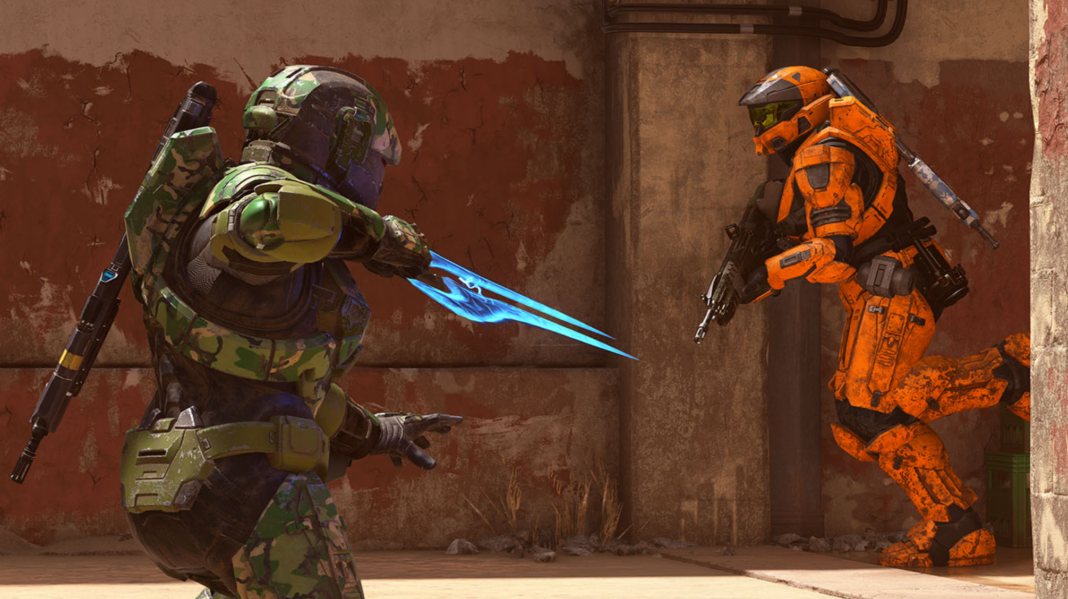 The game Halo Infinite was launched in late 2021, and it is a wonderful return to the series’ legendary beginnings, with a large open Halo ring to explore and plenty of aliens to destroy. With the new game came a slew of new weaponry (the Skewer is an immediate classic), but it also left out a slew of old favorites. That makes sense, of course, because having every previous weaponry in Halo Infinite may be excessive, but there are still a few we’d want to see return. Given the game’s growing nature and 343 Industries’ plan to sustain it for years to come, it’s possible that some of these aspirations will come true. These are the iconic Halo weapons we’d like to see in Halo Infinite. Don’t worry, garbage-tier weapons like the Suppressor, flamethrower, and Brute Spiker haven’t made the cut.

First, in Halo 2, the assault weapon was replaced with the battle rifle, and that error was never repeated. The battle rifle went unloved in Halo: Reach, and it appears that the DMR—or designated marksman’s rifle—is the latest weapon to go unappreciated. Though it performs comparable responsibilities to the combat rifle, the DMR is ideal for people who prefer to carefully select their rounds and efficiently knock out a few targets. It also contributes to closing the gap between the ultra-long-range sniper rifle and the other UNSC weapons.

The SMG, a weapon first introduced in Halo 2 after the assault rifle went missing, is at the other end of the spectrum. The “bullet hose” could fire a massive barrage into tiny corridors and was best utilized in tandem with a plasma pistol or plasma rifle to first strip a target’s energy shield. Sure, the assault rifle’s rate of fire made it a solid close-quarters option in Halo Infinite today, but fearing that another player had a better short-range weapon would add a layer of dread and strategy to every combat.

The Halo shotgun’s usefulness has shifted dramatically over the years, from an unstoppable short-range killing machine to a nearly useless scrap of metal. In Halo Infinite, the bulldog shotgun serves a somewhat different purpose, with rotary-style shooting that’s closer to fully automatic—you can hold down the trigger and keep firing—but lacking the stopping power of the original game’s weapon. Making it a power weapon with the same scarcity as a sniper or rocket launcher would allow it to serve a different purpose while avoiding replacing the bulldog.

For whatever reason, Halo’s development team never appeared to want the plasma rifle to be in the game, instead proposing a slew of options that are typically nowhere near as effective or enjoyable. The most recent of these is the plasma carbine, which isn’t completely worthless, but it’s close. In the first game, the plasma rifle was the finest counter-armor to the assault rifle, and it made you feel like there was a reason the Covenant had dominated the UNSC in battle up to that point. It would be very useful in multiplayer for taking down enemies with an overshield.

The Scattershot is one of the most interesting weapons in the series to date. As a Promethean weapon, it’s a difficult fit in a game that doesn’t yet contain that opponent. At close range, it performs similarly to a standard shotgun, but the bouncing bullets set it apart. This makes it useful for securing a choke point or keeping adversaries at away while guarding the flag carrier, and its reduced damage relative to other close-range weapons guarantees it won’t be overpowered in multiplayer. Plus, since the multiplayer is ostensibly a training simulation, does it really matter if the Prometheans aren’t present?

One feature that distinguishes Halo from many other first-person shooters is the abundance of vehicles, which can be found in various arena-style areas. Another feature that distinguishes Halo from its competitors is the variety of methods in which those vehicles can be destroyed. The formidable Spartan Laser, for example, was capable of killing practically everything in a single hit. In Halo Infinite, the Skewer gets close, but knowing that the tank you’re in can probably still escape danger means it lacks the entire terror that the Spartan Laser inspired in the wielder’s foes.

The Brute Shot was one of the few weapons that felt downright immoral to exclude in Halo Infinite—the main villains are literally Brutes, and it was their primary weapon for much of the series’ existence. Because of its massive blade, the grenade launcher is an effective crowd-control tool as well as a melee weapon. So yet, the Brutes’ weaponry haven’t instilled fear in their foes, and the crowd-control Ravager pistol is almost worthless in most situations. It’s about time the Brutes had something truly formidable to break the Spartans’ spirit.

Nothing beats hitting an enemy with a weapon and witnessing them melt into nothing. Hardlight-based weapons such as the Cindershot and Heatwave can achieve this now, although they don’t have the same immediacy as the incineration cannon. It’s difficult to hit a victim directly with this death-dealing monster, but it also makes the kills more satisfying and would be a good response to Cindershot’s imprecise bouncing projectiles. It would also provide astute players with an excellent counter to melee weapons, particularly the Gravity Hammer.