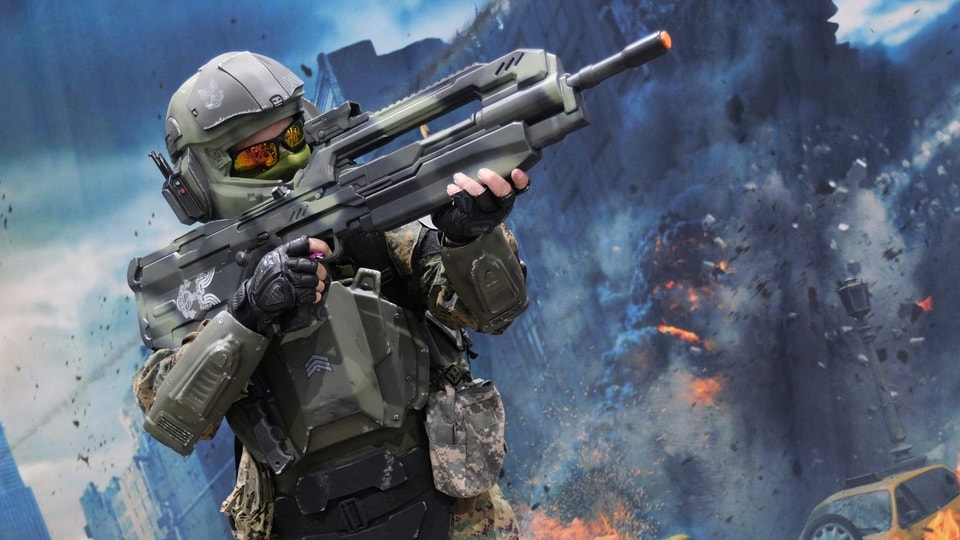 By employing the game’s new Grappleshot tool on an airborne Warthog, one ingenious Halo Infinite player has found out how to fly. The multiplayer in “Halo Infinite” has been free to everyone since November 15, when developer 343 Industries released it to commemorate the Halo franchise’s 20th anniversary. Halo Infinite smashed the record for the most concurrent players on an Xbox Games Studio title less than a day after its debut, and despite some reservations about the game’s microtransaction system, the response to “Halo Infinite’s” gameplay has been overwhelmingly favorable.

Players in “Halo Infinite” have come up with some inventive ways to use the Grappleshot, a new weapon in the Master Chief’s inventory that allows him to swing across a map like Spider-Man. The animation team at 343 Industries created an entire set of animations for the Grappleshot to ensure that players always look cool while using it – whether it’s to slide along the ground or soar through the air – and it’s also quite handy for lining up sniper shots during rounds of “Halo Infinite” multiplayer.

Mint Blitz, a “Halo Infinite” streamer, released a small gameplay clip of himself using the Grappleshot, a Gravity Hammer, and a Warthog to fly during a match of the game on Twitter. With his Gravity Hammer, he strikes the ground beside the Warthog, flipping the battle-hardened rover into the air. Mint Blitz fires the Grappleshot at it when it reaches the height of its mid-air tumble, sending him soaring a great distance across the battlefield – 3 kilometers to be exact. He finally settles on top of a tower after a long and amazing glide through the air, victorious in his latest gaming achievement.

The Grappleshot isn’t the only new weapon in “Halo Infinite” that players have experimented with, with impressive gameplay clips of Spartans using well-aimed power cores to take down enemy Wasps, reflecting grenades back to their source with the Repulsor gauntlet, and combining the new Skewer gun with a man cannon to score a ricochet shot on an opponent perched on a faraway roof. Within “Halo Infinite’s” multiplayer, players can be found unearthing hidden Easter Eggs and reproducing amusing memes from programs like Family Guy when they aren’t figuring out new methods to land that once-in-a-lifetime kill shot.

It’s unclear whether Mint Blitz’s breathtaking flight is the product of a glitch or simply “Halo Infinite’s” sci-fi-based physics, but it’s impressive to see the player launch himself into the air and push himself halfway across the map. In “Halo Infinite”, there are a variety of ways to fly, including jetpacks and combat-ready aircraft, but sometimes all you need is a grappling hook, a massive Gravity Hammer, and an airborne Warthog to slingshot off of.