Swapping Guns With NPC Soldiers Will Be Back For “Halo Infinite” 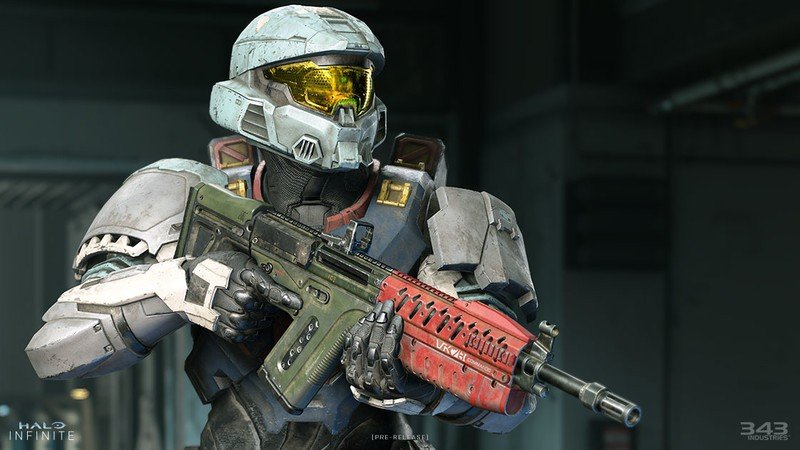 The UNSC troops you rescue from Banished outposts will be able to swap weaponry with NPC soldiers in “Halo Infinite”, continuing the series’ tradition.

343 Industries, the game’s developer, poked fun at fans in a new blog post “Continue to watch the new reveal video and dream of crashing into a Banished outpost in a stolen Banshee, releasing several captured UNSC Marines, giving them all your best weapons, loading them into a reclaimed Razorback, and annihilating the crimson-covered bladed baddies in your way. It’s some of the most enjoyable activities available on this side of the Auditorium.”

Players have been allowed to swap weaponry with the NPC soldiers accompanying them on missions since Halo 2, so it’s no surprise that “Halo Infinite” continues the tradition. While gun swapping was previously employed more as a makeshift ammo market than anything else, distributing guns in Halo Infinite’s open environment opens up some more intriguing options.

In the “Halo Infinite” campaign video, we saw Master Chief interact with marines – if “cooperate” means “drive them off a cliff after telling them that they’re safe” – but we didn’t see him, say, throw a group of soldiers a load of sniper guns and bring them to a ridge near a Banshee camp. You could also possibly hurl a slew of melee weapons at them and charge them into battle like in Chivalry 2. It’s unclear how sharing weapons will affect NPC behavior, but if “Halo Infinite’s” open environment is as responsive as we hope, switching firearms might result in some of the game’s best moments.