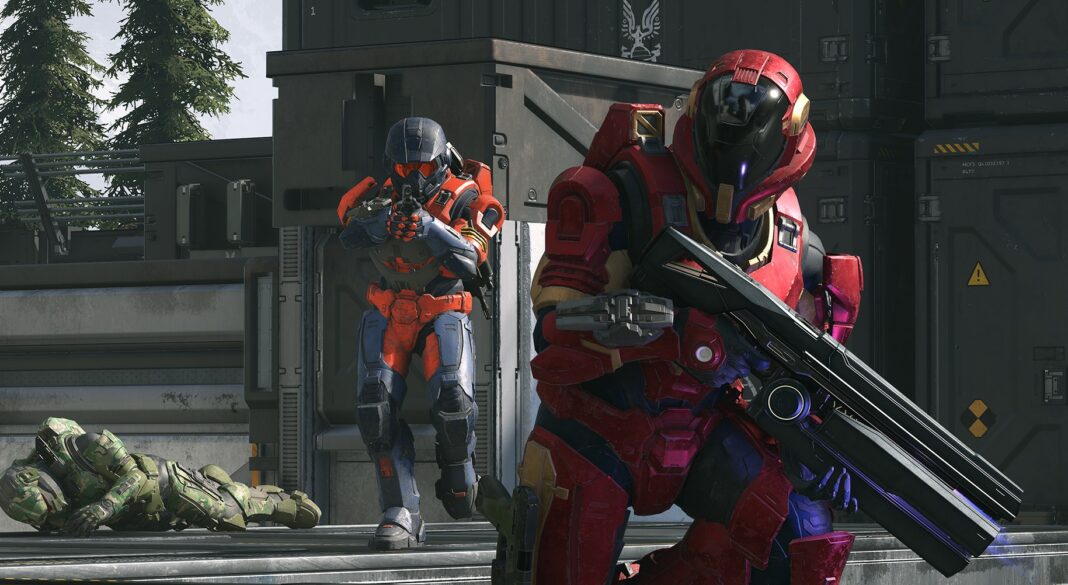 343 Industries Creative Director Joseph Staten recently reacted to the question of whether Master Chief’s face will ever be shown in “Halo Infinite” or previous Halo titles. The famous supersoldier initially appeared in Halo: Combat Evolved in 2001, and he has since become one of gaming’s most known characters. While the shooter’s multiplayer mode was just made available for free, “Halo Infinite’s” single-player campaign will be released on December 8, putting players back in Master Chief’s unbreakable shoes.

A cosmic battle between the human race and the alien Covenant destroyed Halo’s futuristic universe. Spartans, biologically modified super soldiers with powered armor, was humanity’s first and last line of defense. Master Chief John-117, who leads the battle against the Covenant and even more deadly foes in the series’ core games, is the best (and luckiest) of the Spartan IIs. Despite never taking off his helmet onscreen, Master Chief has won the hearts of players thanks to his unwavering tenacity and the outstanding work of voice actor Steve Downes. While games like Halo 5: Guardians aimed to move away from utilizing the sci-fi icon as the sole protagonist, “Halo Infinite’s” campaign will feature Master Chief as a playable character as well as an important part of the Halo narrative.

Master Chief’s face has never been publicly revealed, and according to a Game Informer interview with “Halo Infinite” creative director Joseph Staten, things may remain that way. Staten answers 117 questions quickly in this lively conversation, which leads to some fascinating insights and conversations. One question that stood out was whether Master Chief’s face would be fully revealed in Halo Infinite or any future Halo game. “I think it all depends on what your aims are,” the director responded, “but for the games, I think that nameless hero is a vital element.” While cautious, this response could imply that the Chief’s face would be shown in another medium, like the upcoming Paramount+ live-action Halo TV series. However, it appears that no game will handle this disclosure event.

The alien-killing warrior’s popularity speaks for itself, as he represents both the Halo franchise and the Xbox brand in general. Due to his celebrity, the Spartan has appeared in a slew of promotional materials and memorabilia, albeit Master Chief was tragically absent from Super Smash Bros. Ultimate’s roster. Master Chief, along with other characters such as the Doom Slayer and Crash Bandicoot, was a popular choice for the Nintendo game’s final downloadable combatant. While Sora from Kingdom Hearts was cast in the role, fans still see a world where Master Chief fights alongside Mario and Donkey Kong.

Despite the fact that Master Chief was launched 20 years ago, players have yet to get a close glimpse at the Covenant-killing combatant’s visage. Instead, his emotionless helmet is well-known around the world, and the hero’s anonymity allows any Halo player to project themselves inside his unstoppable armor. While removing Master Chief’s helmet onscreen could be a game-changing emotional moment for the character, it’s unlikely to happen in “Halo Infinite” or any subsequent game under 343’s supervision.

Previous articleIn the “Elden Ring” PS4 vs. Xbox One Comparison, the PS4 Comes Out On Top.
Next articleA “Squid Game” Smuggler Is Sentenced To Death For Sneaking A Show Into North Korea