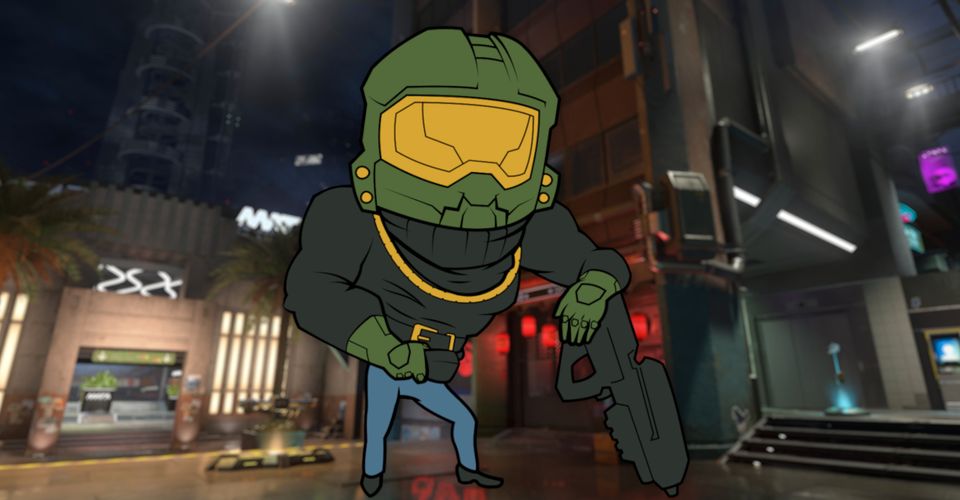 A slew of “Halo Infinite” in-game customization items have surfaced online, revealing references to The Rock, Halo Reach, and more. With “Halo Infinite” planned to last for years after launch and feature things like battle passes, it’s only natural to believe 343 plans to offer a wide range of personalization choices. This fresh leak suggests that when the game comes in December, there will be a lot of stuff for players to experiment with.

There has already been a slew of leaks resulting from the shooter’s recent tech tests. Over the summer, the “Halo Infinite” plot leaked, with 343 confirming its veracity. People have described the game in the form of text posts, despite the fact that no actual cutscenes or in-game visuals appear to have leaked. That said, it appears that if Halo fans don’t want to be spoiled in the months running up to Infinite, they should be wary.

These new leaks are a little less delicate, but the HaloLeaks Discord server was able to locate a lot of personalization choices that will be present in the final game, according to Redditor marcopolo444. Players could find items such as a Master Chief symbol parodying The Rock, death effects, holiday-themed gear including Santa hats and red noses for the helmets, and blazing helmets similar to those seen in Halo 3 and Halo: Reach. It’s unclear whether this new gear will be available to all players or only those who purchase the controversial Halo Infinite battle passes.

Despite the fact that 343 hasn’t spoken much about it, it’s evident that gamers will be able to customize their Spartan. Customization has always been a big part of the game, with items like the Recon armor from Halo 3 being greatly sought after. Halo Reach also featured an in-game economy that allowed players to prioritize which armor they wished to obtain after completing specific stages. Leveling and the battle pass appear to be more important in “Halo Infinite”, which could lead to frustration.

Fans will be able to buy microtransactions in the game, though 343 hasn’t said much about what they’ll be able to get for a premium. In “Halo Infinite”, there will be no loot boxes, so players will know exactly what they’re getting when they buy extra stuff. Given the popularity that premium packages have had in games like Call of Duty and Fortnite, it’s probable that “Halo Infinite” will follow suit.