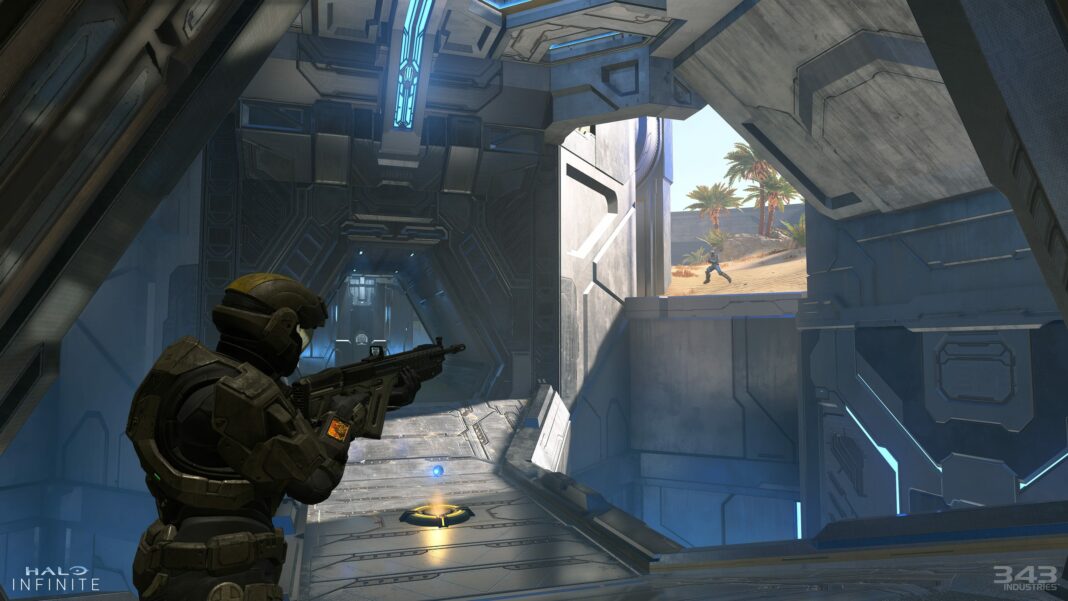 “Halo Infinite” now offers playlists for specific game types, such as Slayer, Free-For-All, and more, thanks to persistent requests from players.

Today’s “Halo Infinite” update comes after developer 343 Industries stated that the game’s multiplayer would be getting more game mode-specific playlists. Players have previously expressed dissatisfaction with not being able to select which game mode they would like to queue for. The answer has now arrived, including a Slayer playlist, which 343 had previously stated would have to wait until after the holidays.

Today’s “Halo Infinite” update, on the other hand, doesn’t just offer playlists for the game’s multiplayer mode. Multiplayer difficulties are also getting a makeover, with some of the game’s more challenging obstacles being simplified or removed altogether.

“Halo Infinite” will also have personal and playlist-specific challenges, providing players more control over their XP gain per round. These challenges are straightforward, rewarding players for completing a playlist with a specified score or amount of kills. However, the number of kills or victories required by players changes based on the difficulty of the task they are given. These challenges range from common to legendary, and the higher the requirements, the more XP players will get.

Another update has been made, ostensibly in response to player feedback. Events will now have more difficulties in the future, allowing players to earn more XP and progress through them before they are removed. Tenrai, “Halo Infinite’s” first event, provided players a free battle pass with samurai-themed cosmetics but just a few awards, as the event is set to return with new challenges in the coming weeks.

We took a cautious approach at first, including a core set of playlists in a simple and straightforward manner. Thankfully, our testing phase went over without a hitch, and we heard your requests for additional diversity and control over the modes you play. We also heard your input after “Halo Infinite’s” first official event, Fracture: Tenrai, that you wanted Fiesta to be available on a regular basis rather than just during the active event period.

We also received a lot of feedback about a desire for a pure Slayer playlist, which was always planned but pushed back due to the need for extra time to test and perfect new game mode variants. Slayer fans can expect this playlist to grow in the coming months as new experiences are added.

We’re delighted to introduce four new social matching playlists to “Halo Infinite” today as a result of your feedback:

Updates on ranked and BTB matchmaking

The team has been analyzing matchmaking statistics and keeping a careful eye on the overall system since the beta launch to ensure it is performing as intended. Furthermore, we’ve received comments from players who are concerned about the way the rankings are implemented and/or who are dissatisfied with their ranked experience. Work in this area will continue, however in the short term, we’ll make the following changes:

Updates on the Challenge

Since the beta launch of “Halo Infinite” on November 15, the third overall update to Challenges and Progression has been released. Challenges have been iterated and fine-tuned in each case, reducing outliers and fixing problematic entries while also speeding up overall Battle Pass growth. So far, we’re pleased with the results of these improvements, but we recognize that there is much more potential to evolve and improve.

There’s still a lot of work to be done to truly address player feedback on these systems – and larger changes (i.e. performance-based XP, per-match XP, additional progression vectors, etc.) will take time – but in the meantime, the team will continue to focus on meaningful services-side updates to hone and improve the overall experience.

Today’s update tries to lessen the requirements for the weekly Ultimate Challenge while also alleviating annoying problems. It also includes brand new challenges to take advantage of the new playlists. Changes have also been made to Event Challenges to help address some early player criticism, albeit they will not be implemented until later.

Pruning is a challenge

Across the challenge pool, a number of modes and activity-specific challenges have been deleted outright, their prerequisites lowered, and/or their weight reduced. The total weighting of ‘General’ problems has also been enhanced.

We realize how annoying it may be to be unable to match a certain model to a specific task, and today’s adjustments should help alleviate some of that friction in the short term while longer-term development continues.

New playlist-specific challenges will be introduced as a result of today’s playlist additions. Each of the following new challenge categories will have its own playlist:

The particular requirements and associated XP will change depending on the challenge’s rarity type (i.e. “Normal,” “Heroic,” or “Legendary”).

Challenges of the Event

Players said it was difficult to proceed through Event Challenges because they were stuck behind Weekly Challenges or didn’t have enough to do during the event week. Event Challenges will become more frequent in the future, and when Fracture: Tenrai returns, they will fill in the gaps where a player would previously be kept waiting. While Events will frequently have a finite number of challenges available in a particular week – implying that it will take several weeks to complete – the maximum will be increased to provide more buffer and allow highly active players to proceed a little faster.