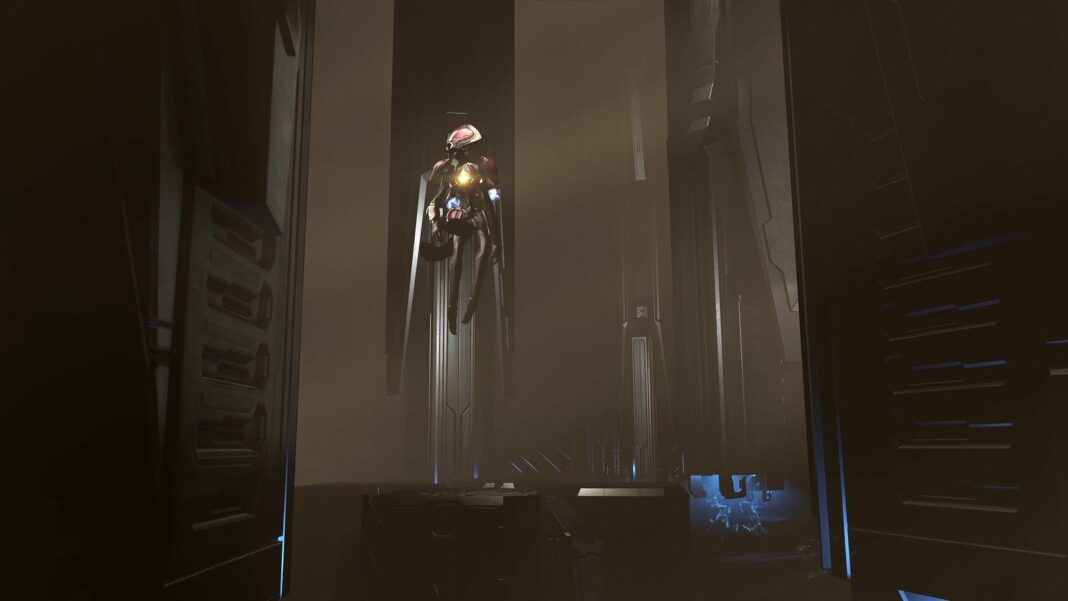 So you’ve made it to Harbinger, the ultimate boss in “Halo Infinite”. Your ultimate clash takes place in a gigantic arena, considerably larger than any previous indoor boss encounter in the game, after a hard-fought battle to get here. But you don’t have exclusive access to all of that space. Harbinger sends out a swarm of Banished and other creatures to try to take you out. To defeat her, you’ll need everything you’ve got. In “Halo Infinite”, here’s how to beat Harbinger.

The harbinger boss battle is the polar opposite of the usual boss battle pattern you’re probably familiar with. She begins the fight behind an unbreakable shield, and you must first fend off a slew of Banished forces of all kinds and sizes before you can even touch her. Clear out enemy after enemy until she finally pauses what she’s doing under her shield—we won’t tell what she’s doing here in case you haven’t heard the entire narrative yet.

She’ll be exposed to attack if her shield is down, so use whatever you have on her. This stadium-like arena is crammed with weaponry and grenades, and like many boss combat stages, you can nibble away at her lifeforce until you reach a predetermined point, at which time she’ll re-enter her shield and hurl more Banished at you.

This procedure will go on for multiple phases, and it’ll basically be a standard boss confrontation that anyone who has played video games is familiar with. However, one point must be emphasized: each phase is noticeably more chaotic than the one before it. This implies that when Harbinger is nearly beaten and retreats back within the shield, “Halo Infinite” players should expect an onslaught unlike any other. Every opponent class you’ve seen thus far in the 15-hour game will be headhunting at the same time.

Keep a safe distance from charging Brutes, destroy soaring Sentinels, and keep an eye out for cloaked assassins, firing grunts, and other threats. Stay nimble—ideally with the Grappleshot—but in this case, a well-placed Drop Wall might well save your life as well, especially if it’s been modified to be bigger and stronger.

Previous articleIn a Launch Message, “Halo Infinite” Wants You To Feel Like a Hero
Next articleMoiraine Is Threatened By Aes Sedai In “The Wheel Of Time” Episode 6 Trailer