Thanks to its design, which both modernizes Halo while remaining rooted in the classics that so many fans appreciate to this day, “Halo Infinite” appears to have attracted a swarm of new and returning players. With that in mind, we’ve compiled a list of advanced tips and tactics to assist you in taking your game to the next level if you’re ready. If you’re still on the fence, check out our “Halo Infinite” beginner’s guide, which does a better job of serving as an introduction to the free-to-play smash. Continue reading if you’re ready to learn a few next-level strategies.

“Halo Infinite“ is a fast-paced game as it is, but what if you could move even faster? You can string together faster movements anywhere on the battlefield with this new meta move, but it’s extremely useful while traveling down a slope, even if it’s only a minor one. Simply crouch while sprinting to commence a slide, and then leap while sliding. This strategy is starting to sneak into multiplayer encounters, particularly ranked matches where players seek every advantage they can get, thus if you want to compete for “Halo Infinite” ranks, you should learn it.

How to take our drop wall instantly?

When you’re on the wrong side of a drop wall shield, it can take some time to get enough ammo to directly engage the enemy’s armor and health. However, there is a method for fast nullifying enemy drop walls. Rather than removing the patchwork of protective panels, aim for the metal gadget on the bottom of the shield when you see one on the ground. One blow to it will instantly remove the entire Drop Wall, allowing you to not only hit your opponent square in the face but also to leave them perplexed as to how you were able to dismantle their defenses so swiftly. 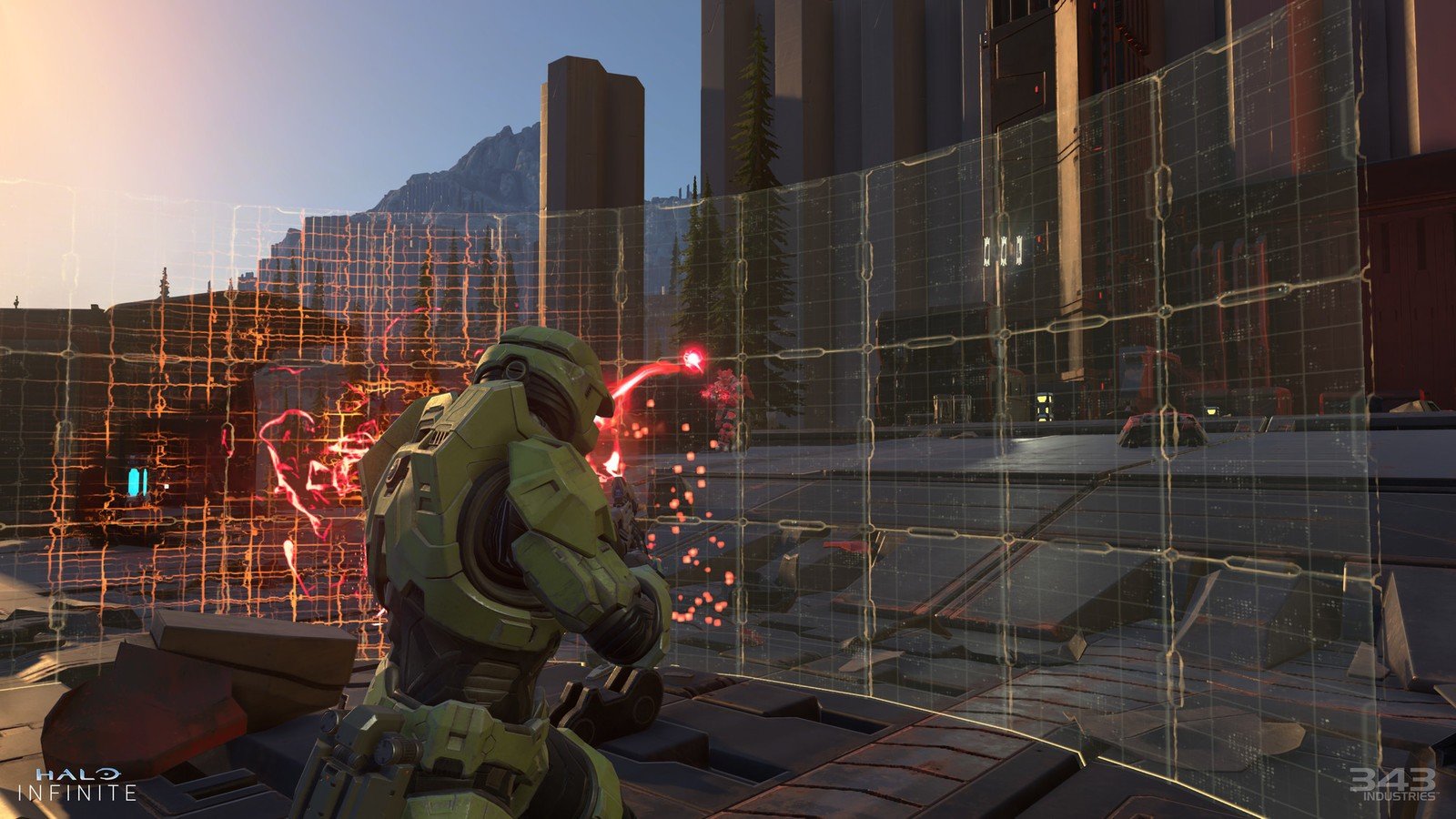 Halo shields have always been a feature of the game, and removing opponent shields quickly is critical in “Halo Infinite” so you can get back to doing HP damage and winning firefights. Don’t waste time on headshots if you want to get rid of shields quickly. While certain weapons are better than others at eliminating shields, any weapon causes the same amount of damage to shields regardless of whether you hit an enemy in the head or the body. In a PvP shooter, the natural instinct is to go for the head, but in Halo, you don’t have to worry about where your shots land until the shields are down. Body injections will suffice until then. (If you want a quick death blow, switch to headshots.)

Drop guns for arming your allies

Although Halo pioneered the two-weapon inventory seen in so many modern shooters, this does not imply that you must always carry two weapons. You can discard a weapon from your inventory even if you aren’t swapping it for another if you want to be a nice teammate. To do so, press and hold the weapon-swap button while holding the weapon you want to give up. This is Y on an Xbox controller and V on a keyboard by default. This will allow you to hand a gun to a soldier by your side who may be without one or who is a skilled shooter with a Battle Rifle, for example. That can only be a good thing when you’re both armed to the teeth with your most lethal weaponry.

Make the most of the Repulsor’s adaptability

If you ask folks what their favorite piece of “Halo Infinite” gear is, you’ll certainly get a variety of responses. The Repulsor, on the other hand, is possibly the most adaptable. This portable deflector can accomplish a lot of things, and not all of them are immediately apparent. The most common usage for a Repulsor is to fire incoming grenades back at the opponent, but you may also use it to jump higher by pointing it at the ground. On Big Team Battle maps, my personal favorite way to use it is as a matador, allowing an enemy to rush after me in a vehicle, only to strafe to the side and strike them with a Repulsor blast, which, when done strategically, may send their car off the edge of the map.

The Grappleshot is also multi-purpose

If the Repulsor isn’t your favorite piece of equipment in “Halo Infinite”, the Grappleshot is a strong contender. This gadget feels like it was borrowed from Batman, and it gives “Halo Infinite” a fresh new vibe—one that could become a must-have for all future Halo games. The middle of your reticule will become yellow when you’re close enough to grapple with something.

You may use the grappleshot to not only bridge gaps rapidly and grab onto opponents, but also to do things like capture the flag in CTF, propel yourself right into the seat of a vehicle, or—my personal favorite—set yourself up on an otherwise inaccessible perch. This is especially entertaining in Big Team Battle rounds, where you may use the ping feature to reach new heights and shout out enemies all game long. If you want to be extra strategic, don’t kill anyone so they don’t witness your setup on a killcam. As the first-ever Spartan point guard, you’ll be doing a lot of work for your squad. 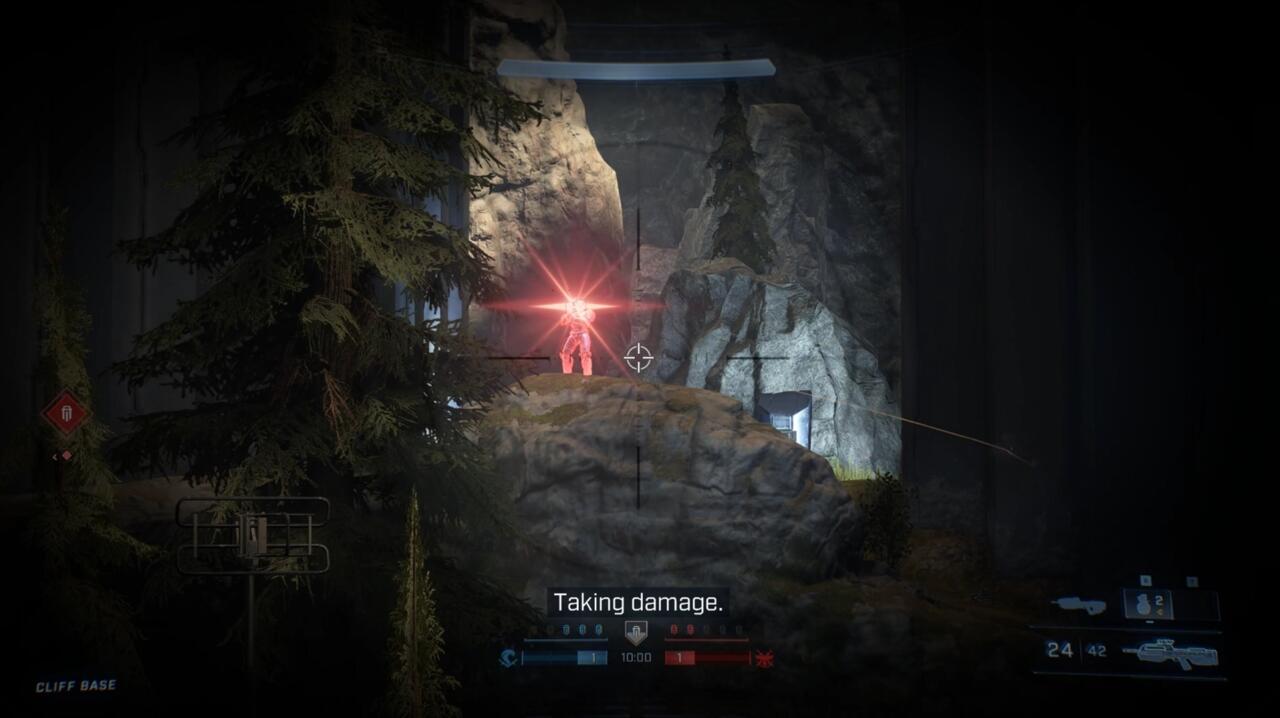 Keep an eye out for sniper glare

Being vigilant and getting out of the crosshairs if you find yourself in them is one guaranteed technique to stay upright in your metal boots. While most guns don’t offer you any indication that you’re in someone’s sights, the powerful S7 Sniper from Halo Infinite emits a significant glare when someone is shooting down-sight, which is useful because a single headshot with it will kill any Spartan. It’s not a person with a mirror in the sun spelling S.O.S. if you see a gleam off in the distance while racing across one of the game’s larger maps. It’s the gamer who wants to separate your stylish helmet from the rest of your armor.

As a flag carrier, you will ride on, not in, vehicles

Taking the enemy flag back to your base to score is much faster with a vehicle, but it still betrays your location as if you were sprinting, making a successful heist much more difficult. However, you can enjoy the speed of a flag delivery by vehicle without pinging yourself for adversaries with select vehicles. Simply stand on top of anything like a Ghost, Wasp, or other “Halo Infinite” vehicles, and you’ll be able to surf your way to the goal without ever revealing your location to the adversaries. This is perhaps the most enjoyable maneuver in “Halo Infinite” right now, because it feels like the kind of fun “hack” Halo is known for.