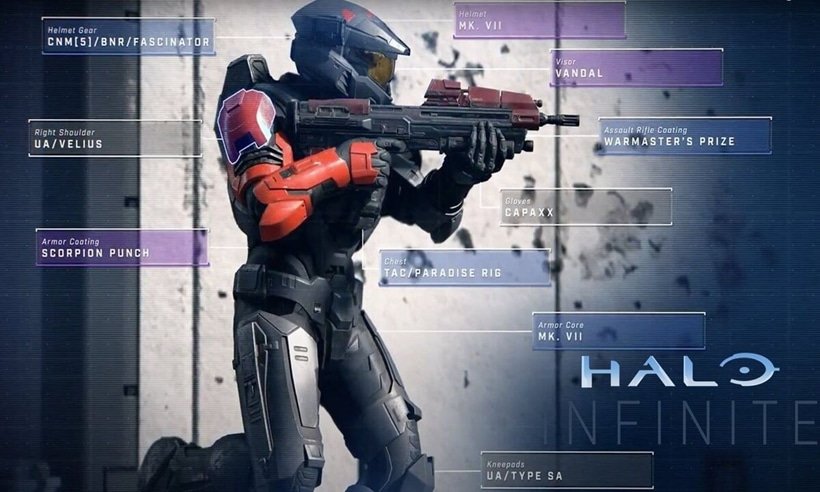 Axis Studios, an animation firm, has created cinematics and animated trailers for some of the greatest names in the gaming business. The Atriox cinematic that opens “Halo Infinite’s” campaign is one of its most recent projects, and the company is displaying more of the work that went into developing it today.

In the midst of a hectic battle scene, the cinematic shows Master Chief facing off against Atriox in an impossible struggle. Axis has published new concept art that depicts how some of the cutscene’s most critical moments were initially envisioned, as well as a storyboard that depicts the entire sequence in one image.

As huge @halo fans and long-time contributors, we are delighted to share some of the brilliantly crafted images and designs that our teams created for Halo Infinite this #MakingofMonday. #Halo #Xbox #haloinfinite #Animation #CG #Cinematics #Trailers #axisstudios pic.twitter.com/GSIaWruyWo

The storyboard demonstrates Axis’ use of color in the scene, with each scene displaying an interplay of reds and blues that can be seen in the final scene.

Axis collaborated with 343 Industries on the cinematic opener for Infinite’s multiplayer Season 1, which introduced Spartan Commander Laurette Agryna, in addition to the campaign cinematic.

“Halo Infinite‘s” multiplayer is available now for free on PC, Xbox One, and Xbox Series X|S, while the campaign is available for $60 as part of Xbox Game Pass or separately.

Netflix Has Canceled “Cowboy Bebop” After One Season