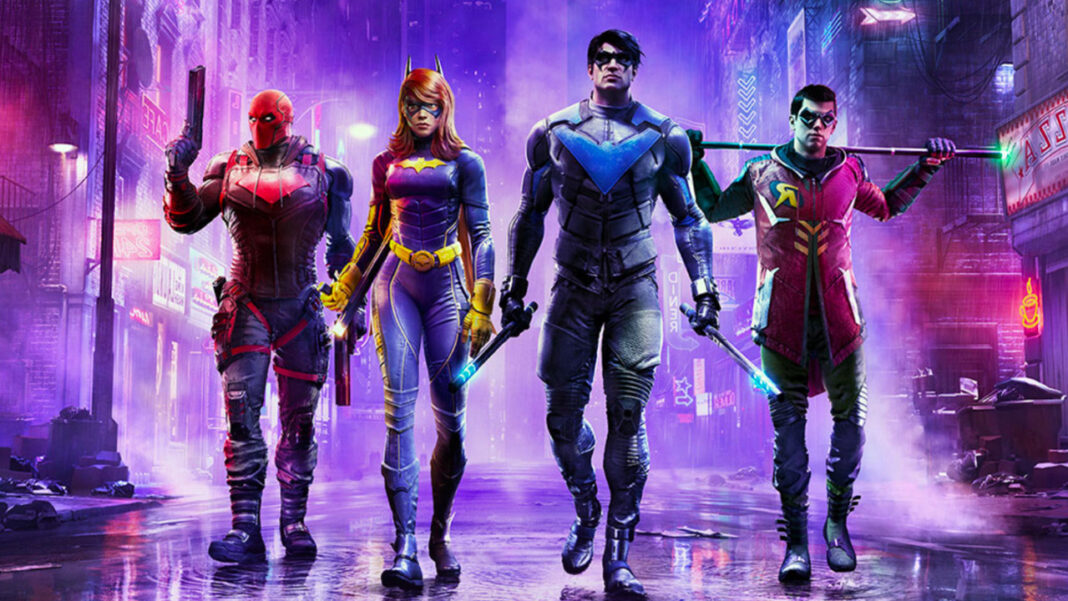 In a fresh look at “Gotham Knights” arriving this week, the former Robins are creating a powerful pair.

The official “Gotham Knights” Twitter account teased a glimpse at new gameplay tomorrow with Nightwing and Red Hood in the limelight in a “mission update” message. Nightwing, a former Robin, has always coupled his acrobatic abilities with his characteristic Escrima sticks, whilst Red Hood has taken a more trigger-happy approach to battling crime.

This isn’t the first appearance of either character in a current Batman game. After a brief appearance in Arkham City, Nightwing was given a larger role in Arkham Knight’s campaign, with his own downloadable mission included in the season pass. Nightwing’s brief adventure, tasked with stopping the Penguin from escaping the Gotham City Police Department, featured a mix of stealth and circus-inspired fighting starring the former boy wonder.

Following the events of Arkham Knight, Red Hood’s downloadable episode showed the vigilante sweeping up Black Mask’s gang. In contrast to Nightwing’s episode, the ex-Robin could utilize his sidearms to immediately dispatch adversaries whenever enough momentum had been built up in action sequences or his cooldown had reset in a level that needed more predatorial gaming.

When “Gotham Knights” launches on October 25, you’ll be able to play as any character, as well as Batgirl and Robin. The PlayStation shop website for the game now offers online compatibility for up to “4 network players,” although developer Warner Bros. Montreal has yet to confirm this.

Set in a Gotham City where Batman has dead and supervillains and the Court of Owls have taken over. As they take up the mantle of the bat, players will be tasked with stopping numerous criminal gangs and restoring order to the city. In 2023, Rocksteady will release Suicide Squad: Kill the Justice League, a game based on DC Comics characters.

How to join “Halo Infinite” Network Co-Op Test this week