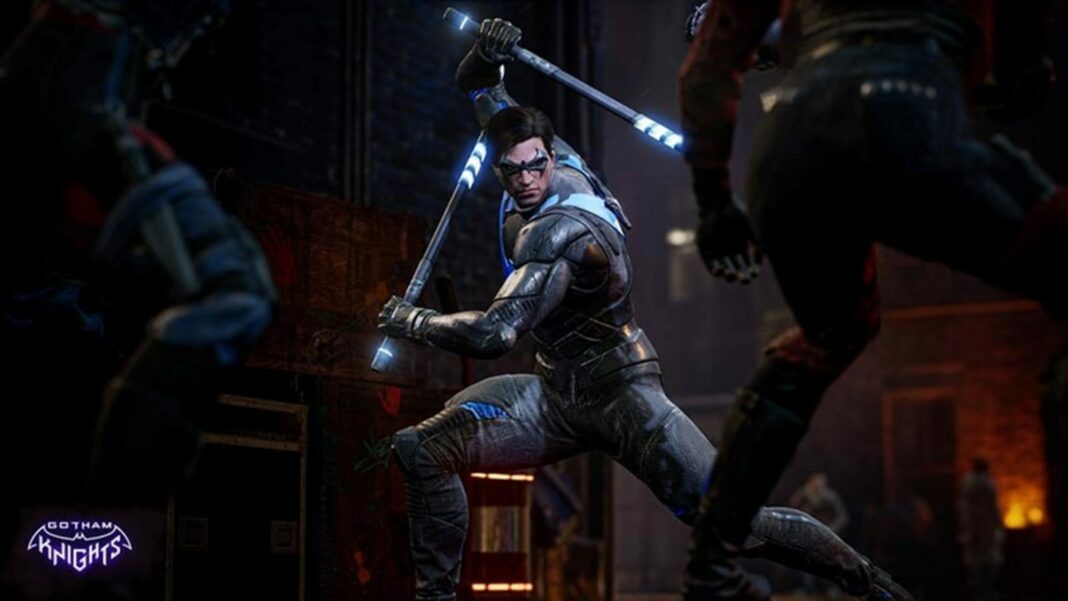 Since Batman: Arkham Knight in 2015, we haven’t been back to the mean streets of Gotham, and this time, there is a slew of new masked faces ready to take up the mantle as the city’s watchful defenders. Batman is no longer alive, or so we’ve been told, but the Bat-Family has taken his place: Robin, Batgirl, Nightwing, and Red Hood. Here’s all we know about “Gotham Knights” so far, including the release date, story and gameplay details, and anything else we know about the impending superhero brawler.

Date of release and platforms

“Gotham Knights” were originally scheduled for release in the first half of 2022, but it has now been confirmed for October 25, making it one of the most anticipated titles of yet another crowded holiday season.

“Gotham Knights” was supposed to be released for PC, as well as current-gen and last-gen consoles like the Xbox Series X|S, Xbox One, PS5, and PS4. However, according to a recent announcement, the game would no longer be released on those older systems, instead of focusing on PC, Xbox Series X|S, and PS5. Though the team didn’t elaborate on why this is, it’s likely due to the old systems’ aging technology—not to mention that by the time “Gotham Knights” hits, the newer console versions will be nearly two years old.

The plot and gameplay

Because this is a comic book plot, what we know thus far will almost certainly be overturned by unexpected twists and turns, yet even the hard facts are enough to delight most Bat fans. The Bat Family rises up in place of the deceased Bruce Wayne to carry on his tradition as guardians of Gotham, which is at the heart of the tale.

It’s worth noting that, while the game may resemble the Arkham games, WB Montreal claims that this is a new continuity. Suicide Squad: Kill The Justice League, released in 2023, continues the Arkham verse. When you consider that Batman is reported to be dead or missing in each of them, it becomes even more perplexing.

While there are enough foes to fill a train car with throughout the novel, it focuses on the Court of Owls, a relatively fresh storyline in the Batman mythology. The Court of Owls is a secret society comprised of Gotham’s most elite that has existed for many years but is rarely acknowledged, with the vast majority of the city’s denizens not even knowing of its existence, as first introduced by Scott Snyder in his now-monumental debut work as a Batman scribe in 2011.

The Bat Family will be pitted against the city’s most nefarious underbelly in “Gotham Knights”. In practice, this means players can play as one of four characters alone or with one friend in a two-player co-op—yes, despite the character selections, the story lacks a four-player mode. The PlayStation Store page previously stated that there would be four-player online capabilities, leading some to believe that a four-player option outside of the main story is in the works.

“Gotham Knights” look a lot like the Arkham games of the past, with a similar free-flow fighting system, but it will try to give each hero their unique flourishes. Nightwing is naturally more agile and acrobatic, whereas Red Hood, for example, does not pull his punches as well as the others. In a recent gameplay demo focusing on the duo, we got to witness some of this—and a lot more.

We may expect to see Batgirl and Robin teaming up on rooftops and in dark alleyways in the near future. The game also has a heavy emphasis on gear and bespoke character builds, similar to Crystal Dynamics’ Avengers game—though that may not be a connection WB Montreal wants to make.

For the time being, fans appear to be split, with the majority simply excited to return to Gotham in a new big-budget game, but a vocal minority of would-be players wonders if this game will be designed like those before it, as a story-centric superhero saga, or more like a live-service game that prioritizes long-tail content over all other considerations. In a similar manner to Marvel’s much-maligned loot brawler, the video above shows heroes unlocking incremental upgrades. Even though this isn’t necessarily a bad thing, it may not meet the expectations of some fans, thus the aim is that “Gotham Knights” can cater to all of its intended audiences when it launches this autumn on PC and current-gen platforms.

“Gotham Knights” are currently available for presale on Steam, Xbox One, and PlayStation. You’ll also get the 233 Kustom Batcycle skin if you preorder on any platform, which you can use as you ride the gloomy streets of Gotham seeking evil dudes to bash.

If you want to go all out, you can acquire the Deluxe Edition of the game, which includes a slew of digital extras. The standard game will cost $70, but for an additional $90, you’ll get:

If you’re a big fan of the Batman universe, there’s a $300 Collector’s Edition that comes with the Deluxe Edition digital goods, the presale skin, and the following special combination of physical and digital items:

“Gotham Knights” will be released for PC, PS5, and Xbox Series X|S on October 25.

The Sandman Season 1 has come to an end