On Sony’s system, the next action RPG loads faster than on a PC.

“Forspoken” loads faster on the PS5 than it does on the PC, with load speeds of less than a second.

The PS5 is a strong piece of technology capable of loading some of today’s most popular and finest games at breakneck speeds. And “Forspoken“, Luminous Productions’ next action RPG, is no exception. Teppei Ono, the studio’s technical director, talks about the game’s cutting-edge technology and its lightning-fast load times on Sony’s platform in a video interview.

Because of the PS5’s M.2 SSD, Ono claims that “Forspoken” will load in less than one second. Meanwhile, depending on your hardware, load times on a PC might range from 2 to 20 seconds. 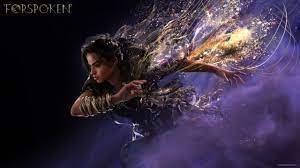 “Because of the specialized hardware, PS5 has exceptionally quick load times,” Ono reveals. “Players will be able to enjoy games without having to worry about load times on both PS5 and PC with a PC equipped with the M.2 SSD.”

“FSR 2.0 is a technique that creates high-resolution upscaled outputs while decreasing rendering burden, giving a smoother gameplay experience,” Ono says of the PS5 and PC versions of “Forspoken”. There will also be other quality settings to pick from, such as Quality and Native 4K.

“Forspoken” was supposed to be released this month, however Luminous Productions recently stated that it will be delayed by five months. It will now be released on October 11, 2022.

With our guide to all of the future PS5 titles, you can see what additional experiences are coming to Sony’s platform.