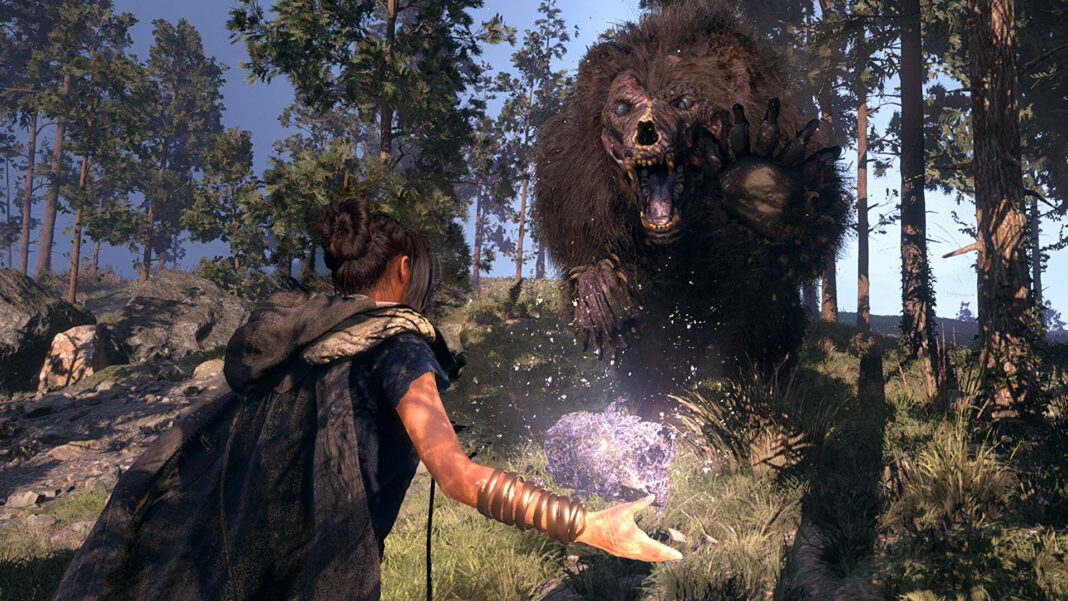 The game’s PEGI age rating, which acknowledges realistic representations of violence and references to suicide, reveals the game’s serious themes and story beats. PEGI stands for Pan European Game Information and, like the ESRB in North America, serves as a rating board for video games in Europe.

While “Forspoken” was postponed until October, it appears that it will be released on its rescheduled date, as the PEGI website lists its age rating (via VGC). According to the PEGI database, Forspoken is rated 18 and contains the categories Violence, Bad Language, and In-Game Purchases. The rating discloses some of the game’s darker themes and plot beats, with “Forspoken” featuring references to suicide, as Frey attempts suicide at one point in the story but is spared by a magical presence. One of the antagonists later in the game makes a reference to this conduct. Forspoken has a lot of strong language in it, as well as some milder swear words.

The notification about in-game purchases should come as no surprise. At the debut, “Forspoken” will have microtransactions that include early access to the future prequel DLC, rare materials, and one-of-a-kind equipment. There will be varying degrees of violence in “Forspoken”, ranging from fantasy battles in which Frey uses magic to slay opponents with spells to more realistic depictions of violence, such as a scene in which a woman is beaten up by thugs and has a gun pointed at her head, according to the PEGI rating. “Forspoken” will also have characters, including Frey, who will consume alcohol, which will have a detrimental impact on her numbers.

The ESRB rating for “Forspoken” was released in February, however, the PEGI classification has a lot more information regarding the game’s harsher parts. So yet, the Forspoken trailers have only given us a peek of the larger story. It’s unknown whether the PEGI-rated content will surface within the first few hours of the plot and then fade away after Frey arrives in Athia, or whether it will be a key theme of the game.

Previous article“Gotham Knights” The Story Of The Court Of Owls, The Release Date, And Everything We Know So Far
Next articleIn “Elden Ring”, what happens? Part 8 of the Game’s Story: Miquella’s Haligtree