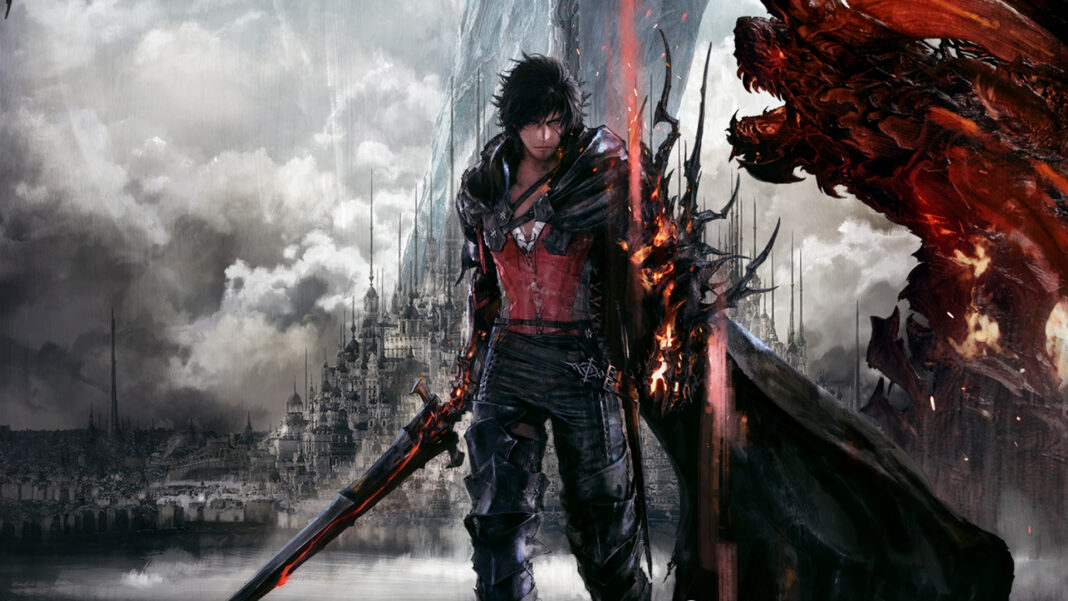 Six years have gone since the last mainline installment in the decidedly not-so-final Final Fantasy series, making this one of the longest gaps between games in the series 35-year history—though it appears that the wait was well worth it. We only have one trailer for Final Fantasy 16, but from what we’ve seen, the game appears to be a high-fantasy epic that blends the grandeur of earlier games with the cutting-edge technology of newer games, giving us hope that the wait will be well worth it.

With Summer Game Fest Live and a slew of Not-E3 presentations on the horizon, it appears that our wait is nearly over. We should learn a little more about the highly anticipated RPG in the coming weeks, and perhaps even get a release date. Until then, here’s what we know thus far about “Final Fantasy 16”.

When will it be released?

Although there is no official release date for “Final Fantasy 16”, a recent interview with the game’s producer, Naoki Yoshida, suggests that the game will be released sooner rather than later. On May 5, Yoshida informed UNIQLO magazine that the game is nearing completion, before revealing a few details about what players may expect.

“Now we’re nearing the end of the creation of the new game FF16,” Yoshida told UNIQLO. “Unlike an online game that displays numerous players at the same time, FF16 focuses on a single character, resulting in a new level of immersion in the plot. I have a feeling the story will be somewhat complex.”

Having said that, it appears that FF16 may be released later this year. After all, it’s been in the works for quite some time. Furthermore, Yoshida announced last summer that the production team has completed the primary story scenario for “Final Fantasy 16”, as well as the English voiceovers.

Final Fantasy 16 will be a limited-time PlayStation exclusive, similar to Final Fantasy 7 Remake. It will not, however, be cross-generational like FF7 Remake, therefore PS4 owners will have to upgrade to PS5 to play it.

“The following content is captured on PC simulating the PS5 experience,” Square Enix said in the game’s debut video, before adding that the latest installment in the Final Fantasy saga will “not [be] available on other platforms for a brief time after release on PS5”.

Is “Final Fantasy 16” going to be released on PC or Xbox?

PC gamers, rejoice! The trailer also said that the game will be released on PC after its exclusivity period has over, though no indication on how long that will be. If FF16 follows the same path as FF7 Remake, it will most likely be released on PC roughly a year and a half after its console release. Given that a number of Final Fantasy titles are currently available on Xbox, it wouldn’t be surprising if FF16 made its way to the console at some point.

“Awakening” is the title of the first trailer for “Final Fantasy 16”, and it features four minutes of story, cutscenes, and gameplay. It also has a powerful orchestrated theme containing Final Fantasy elements, such as the classic Crystal Prelude. If we had to guess, it sounds similar to composer Masayoshi Soken’s work on Final Fantasy XIV: Heavensward.

What goes on behind the scenes

Aside from the thorough reveal trailer, Square Enix has also launched an official website providing in-depth looks at FF16’s new universe and characters to help you get a better understanding of the backstory. The fact that this game is being created by Creative Business Unit III—the group behind the phenomenal MMORPG Final Fantasy XIV—is noteworthy. Given that Naoki Yoshida is in charge of FF16 production—he oversaw the team behind FFXIV’s rebirth and continues to direct the MMO, which keeps getting better and is recognized as top-tier in video games storytelling—it looks promising. Hiroshi Takai, who has a long history with Final Fantasy and Square Enix, and was even involved in the development of FFXIV’s relaunch, is directing FF16.

So far, the story details

According to the trailer and official website, there will be fighting between realms (essentially nations) in Valisthea, as well as a lot of political turmoil, but there will also be a focus on Dominants. Domnants are a select group of people that are capable of wielding the power of Eikons, or summons in the universe of “Final Fantasy 16”.

The tale of “Final Fantasy 16” appears to be split into two time periods, as evidenced by main character Clive Rosfield’s transformation from a svelte young man with a fashionable haircut to a grizzled veteran with a scruffy beard and a mark tattooed on his face later in life. He’s the archduke’s son, and while he possesses Eikon-related powers in combat, he isn’t necessarily a Dominant. He’s pledged to defend his younger brother Joshua, the trailer’s young kid who was destined to become a Dominant instead. Joshua, on the other hand, couldn’t control his Eikon and summoned Phoenix after witnessing someone presumably significant being slaughtered right in front of his eyes, as shown in the teaser. These events culminate in a fight between Phoenix and Ifrit, which could be the tragedy (as claimed in the official character bios) that motivates Clive in “Final Fantasy 16”.

Jill Warrick is another character that appears in the trailer. Joshua is accompanied by a young girl with white hair. She is claimed to originate from another realm and has a difficult life. She was adopted by the Rosfields and now serves as a peacemaker between warring nations. Clive and Joshua are known to regard her as a trusted confidante.

Other individuals are seen fighting and conversing about the political upheaval that appears to be fueling the conflict in Valisthea throughout the clip. On the battlefield, you’ll see other iconic Eikons like Shiva and Titan. Eikons, and by extension Dominants, appear to be potent battle weapons that shift the power balance between Valisthea’s realms. Another series feature is a confrontation against an armored lance-wielding Dragoon, rumored to be an Imperial Viper, which has the characters terrified.

Mothercrystals, which are thought to bless the soil with aether, also play a role in FF16’s environment (basically magic). However, a terrible entity known as The Blight is sweeping the globe. “The legacy of the crystals has shaped our history for long enough,” is the tagline for “Final Fantasy 16”. We’re not sure what it implies, but it’s intriguing and could be related to Valisthea’s current situation. 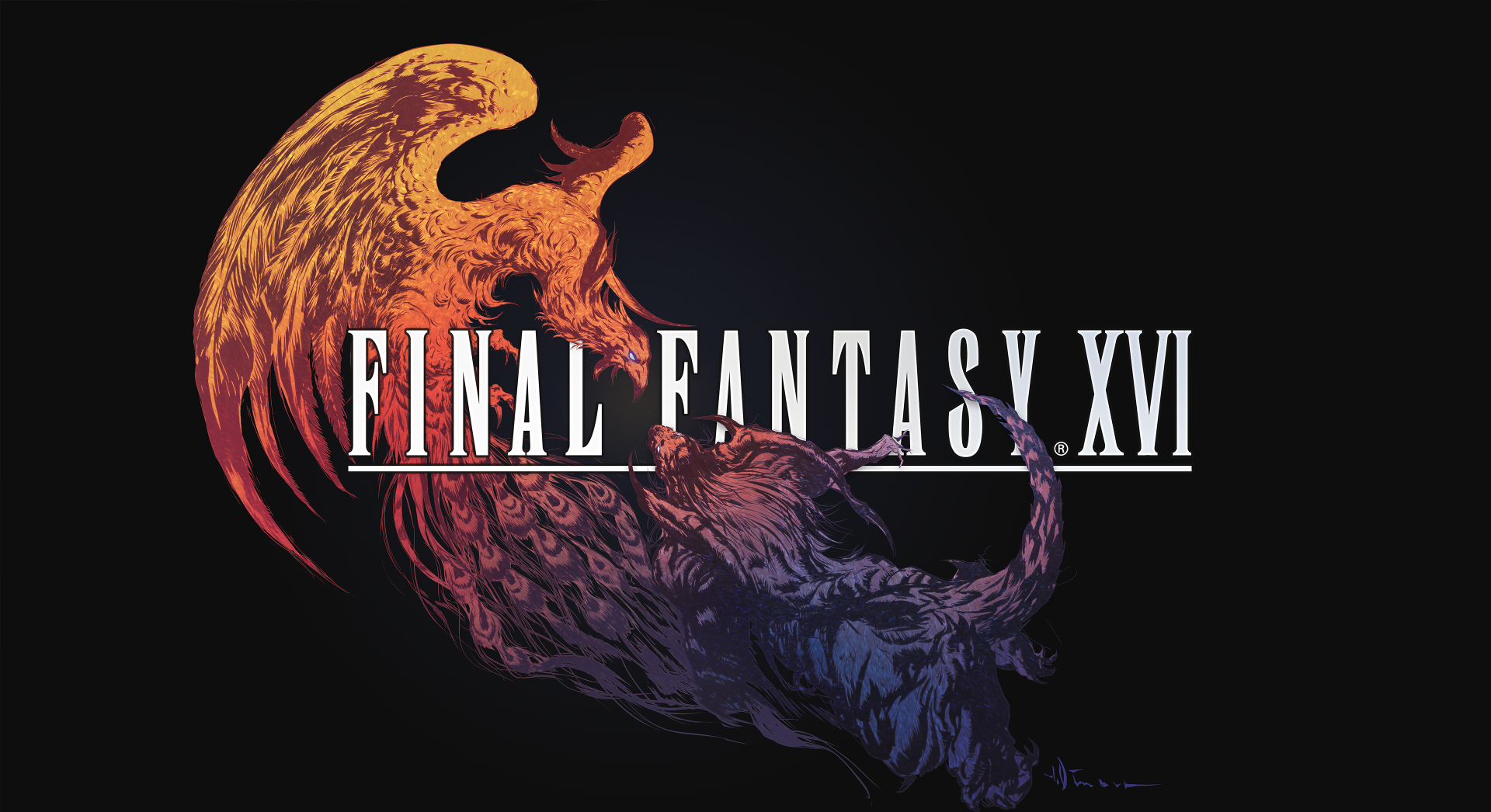 What can the poster tell us?

Yoshitaka Amano, the artist, is always up to the task of creating a new logo for each Final Fantasy that tells us something about the game’s plot. The logo for “Final Fantasy 16” depicts Ifrit and Phoenix facing off in a duel, which is the battle that finishes the trailer. This appears to be a primary battle that drives the game, with Ifrit as the main opposing power and Phoenix as the Rosfields’ Eikon. Eikons also appear to be more important in FF16’s world than they were in prior Final Fantasy games.

According to the trailer’s snippets of gameplay, FF16 has an action-RPG fighting system and appears to be comparable to FF15 and FF7 Remake. Clive can throw fireballs, utilize his sword and warp-like skills to participate in melee combat, and wield a few powers that appear to be related to Eikons (indicated by the stone fist summoned in the fight against a Dragoon).

Because no UI or HUD features were revealed, it’s impossible to say whether or how it will combine elements of the series’ trademark ATB (active time battle) system, how spellcasting will operate, or how combat encounters would flow. We’ve just seen Clive in action, so we don’t know if there’s a party system in place or how it works (if it exists).

Ryota Suzuki, who worked on Devil May Cry 5 and Dragon’s Dogma, is the battle director for “Final Fantasy 16”, which might lead to some fascinating results. Despite the enhanced emphasis on action, producer Naoki Yoshida stated that the game’s story will not suffer as a result of this new approach.