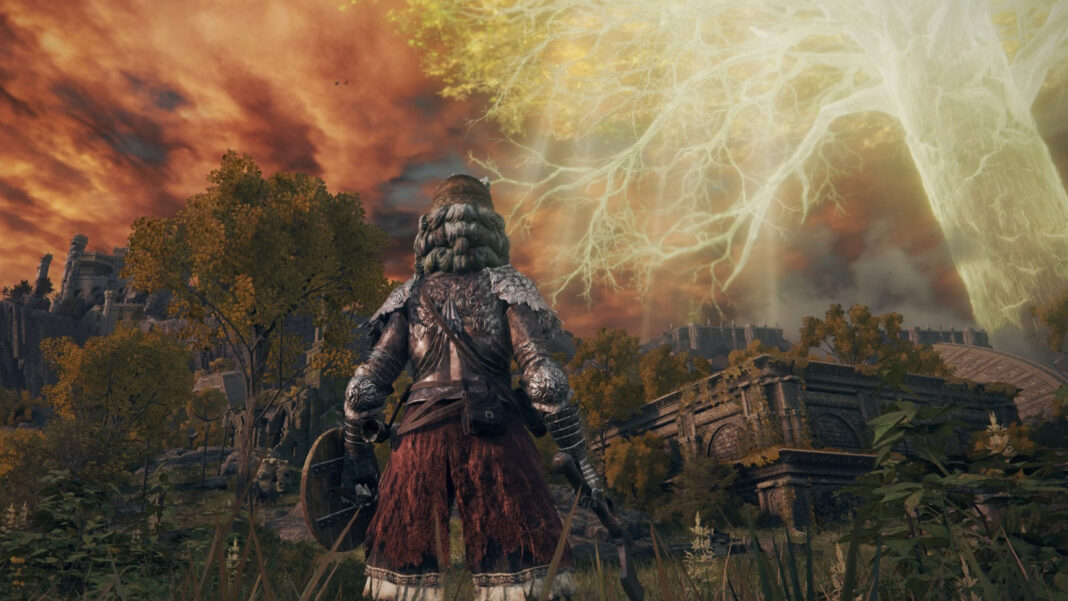 George R. R. Martin, the beloved novelist, has revealed why he gladly agreed to work on the open-world role-playing action game “Elden Ring” with Hidetaka Miyazaki and FromSoftware. Following in the footsteps of earlier titles such as Dark Souls and Bloodborne, the new game will allow players to freely explore The Lands Between, a distinct fantasy world. “Elden Ring” is a widely anticipated game, and Martin and Miyazaki’s partnership has done a lot to pique fans’ interest in the project.

George R. R. Martin, well renowned for his epic fantasy novel A Song of Ice and Fire, has been tasked with creating the ancient fantasy world of “Elden Ring”. Previous FromSoftware games have always been set in intricate and fascinating universes, with the games barely scraping the surface of each setting’s history. Martin was only responsible for the backdrop and lore of The Lands Between, while Miyazaki and FromSoftware were responsible for the plot of the open-world role-playing game. This practically means that the novelist’s role in the impending project is over, and George R. R. Martin was supposedly charmed with “Elden Ring” when he recently saw the concept in action.

George R. R. Martin explains why he agreed to assist write the world of “Elden Ring” in a blog post. Martin claims that Hidetaka Miyazaki and FromSoftware approached him about collaborating on the open-world epic and that he was already familiar with the team’s past work. Martin describes the team’s earlier projects as “beautiful art,” despite having only played old-school video games like Railroad Tycoon and Master of Orion. Martin enthusiastically volunteered to help write The Lands Between for use in “Elden Ring” because he has an intrinsic enthusiasm for world-building and a healthy admiration for Miyazaki’s work.

While most of the game’s background and lore are still a secret, a new “Elden Ring” story video provides fans a closer glimpse into The Lands Between’s environment. The game revolves around the inexplicable shattering of the enormous “Elden Ring”, with the relic’s destruction causing demigods to fall and darkness to spread across the game’s fictitious universe. Great battles rage across the globe, splintering The Lands Between and setting the stage for the player’s personal quest to reconstruct the “Elden Ring” in the game.

“Elden Ring” intends to give players an interesting fantasy scenario to explore, combining the world-building talents of George R. R. Martin and FromSoftware. The Lands Between’s open-world layout will only add to the game’s intricacy and immersion, with minor features concealed in unexpected places for players to discover. George R. R. Martin’s past familiarity with Hidetaka Miyazaki and FromSoftware, as well as his esteem for them, appears to have made this extraordinary partnership conceivable and highly effective.