Elden Ring has a plethora of fascinating weapons to pick from, but few provide the unique look and spectacular weapon skill of the Sword of Night and Flame. While the sword has some peculiar stat requirements, this is more than compensated for by its tremendous potency, which may quickly dispatch foes. Continue reading to find out where you can get your hands on this intriguing weapon.

Explanation of the Sword of Night and Flame

The Sword of Night and Flame is a straight sword with a distinct aesthetic style that takes 12 Strength, 12 Dexterity, 24 Intelligence, and 24 Faith to wield. While it can do significant damage with standard melee swings, the true show stealer is its adaptable double whammy weapon skill.

The Night Sword Flame’s weapon skill is simply referred to as Night-and-Flame Stance. You can use this talent to hold L2/LT and then follow it up with a light or heavy strike to unleash a tremendous onslaught of magic. A light strike generates an immensely strong magical beam that, with the appropriate build, may destroy bosses, whilst a heavy attack generates an aggressive fire AOE that can be useful for dealing out damage at close range.

The item description for the Sword of Night and Flame reads as follows:

Storied sword and treasure of Caria Manor. One of the legendary armaments. Astrologers, who preceded the sorcerers, established themselves in mountaintops that nearly touched the sky, and considered the Fire Giants their neighbors.

What is the location of the Sword of Night and Flame?

The Sword of Night and Flame may be discovered at Caria Manor, which is located in Liurnia of the Lakes’ northern region. Once you’ve gotten a little farther into the mansion, you’ll come across the Manor Lower Level Site of Grace, and it’s from here that you’ll begin the short journey to retrieve the sword. 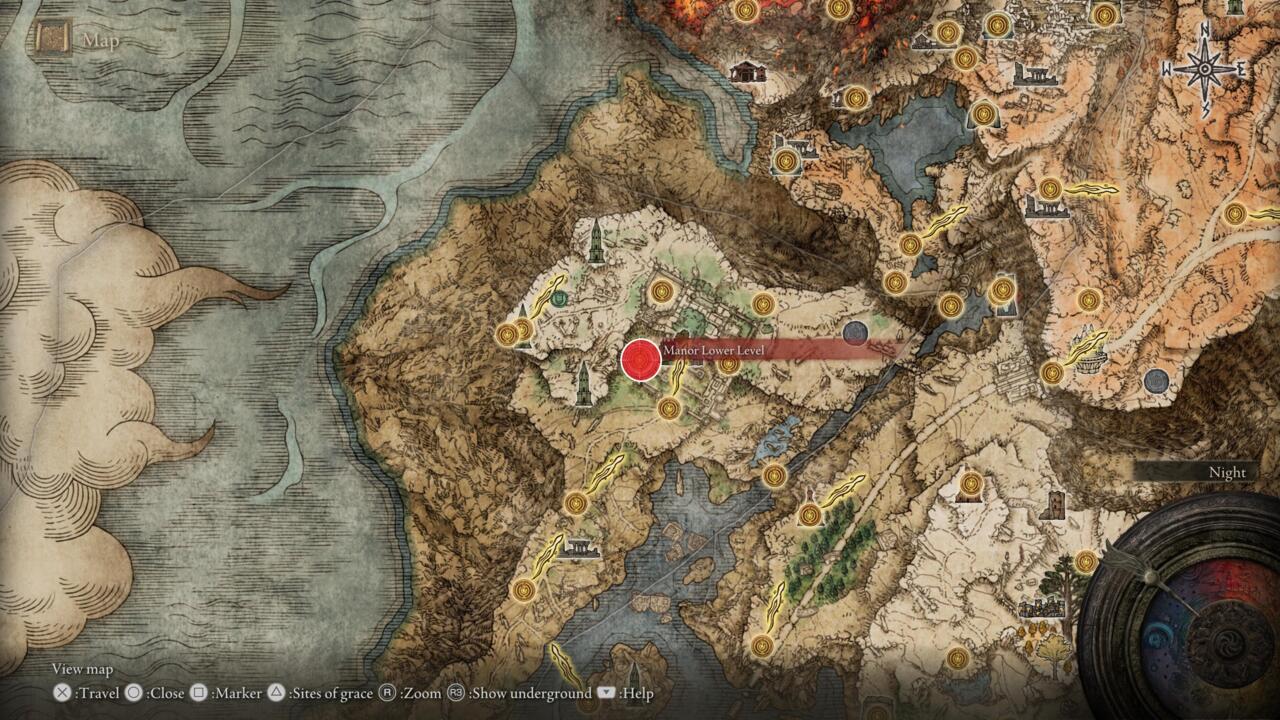 Head out onto the rather narrow paths from the Site of Grace. Continue straight across the first one, then turn left, and lastly right. Keep an eye out below you to the left as you continue this third boardwalk. You’ll see a massive roof from which you may jump. 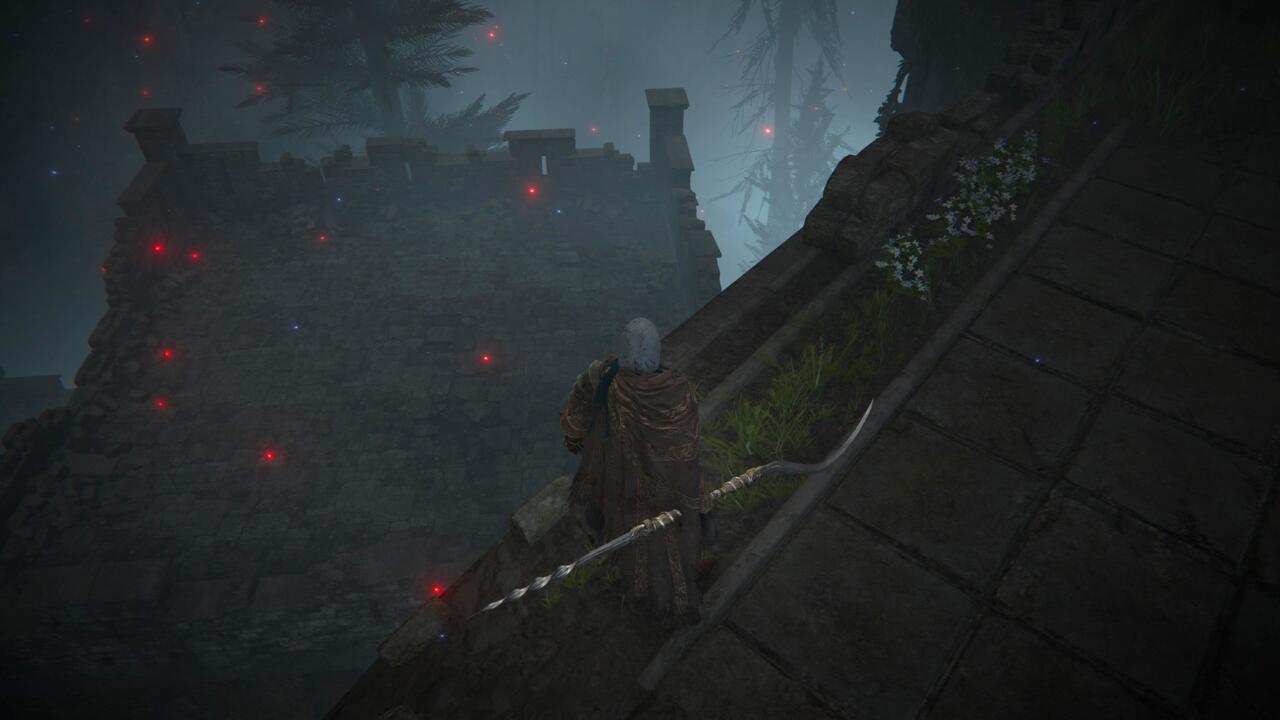 Once you’ve landed on the roof, all you have to do is look around for a ladder that will lead you into a chaotic area. Inside this chamber lies a chest containing the Sword of Night and Flame, as well as a door leading back out into the Caria Manor’s main area. With that, you’ll have one of Elden Ring‘s most sought-after weapons.