If you want to find all of “Elden Ring”‘s legendary spells, you’ll need to get your hands on Flame of the Fell God. Fortunately, you may obtain this strong incantation rather early in the game by fighting an easy boss in Liurnia of the Lakes. We’ll tell you just where to go to fight said boss so you can get the spell and get one step closer to finishing your collection in this guide.

The Fell God’s Flame is explained

The invocation Flame of the Fell God takes 41 Faith to cast. It conjures a massive fireball that erupts after a short period of time, igniting the surrounding area. It’s primarily helpful for providing AOE damage to slower, more stationary foes due to its sluggish travel speed. Anything else will most likely dodge the radius, wasting your FP.

The item description for Flame of the Fell God reads:

This legendary incantation is one of several that draws directly from the power of the Fire Giants. Releases a ball of raging fire said to be inhabited by a fell god. The fireball floats toward enemies and explodes, setting the area ablaze. Arghanthy, the chief guardian of the Flame, had kept this incantation a well-kept secret until it was stolen by Adan. The fell god still lurks within the Fire Giants.

Where can I discover The Fell God’s Flame

At the Malefactor’s Evergaol in southern Liurnia of the Lakes, fight Adan, Thief of Fire to get Flame of the Fell God. To get to the evergaol, proceed west across the marsh until you reach the long and skinny landmass, then turn east. 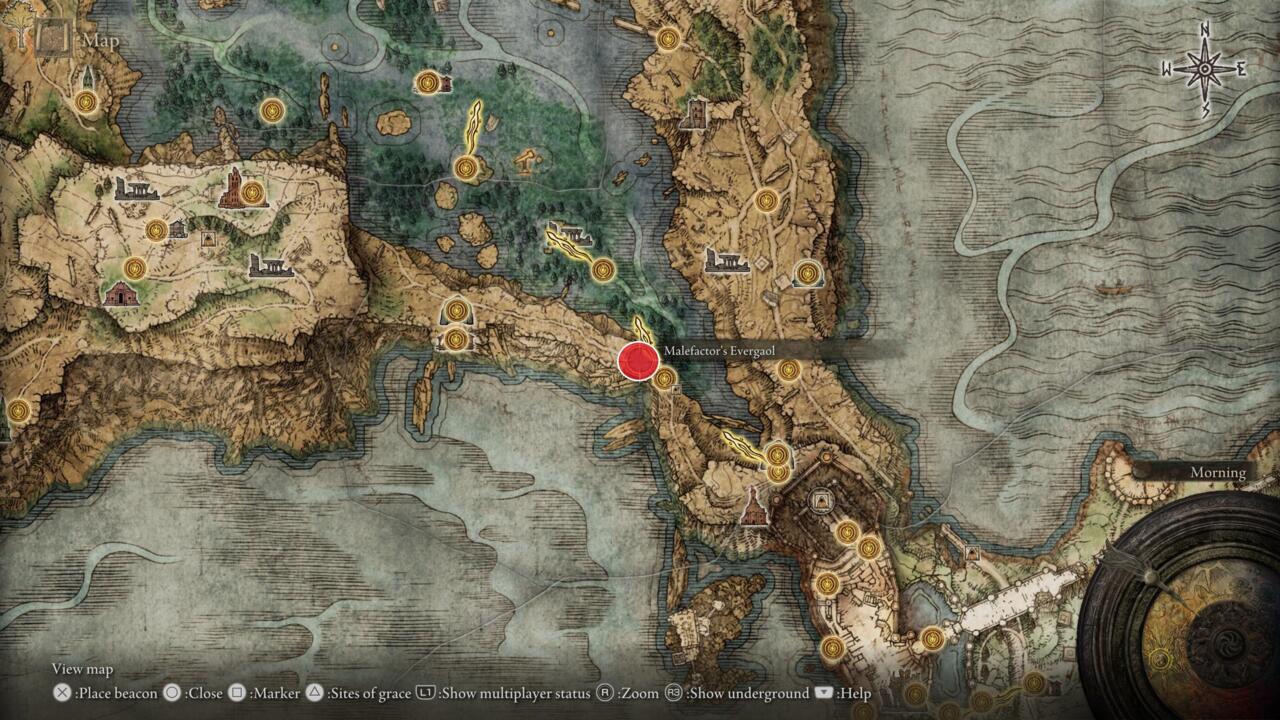 Thankfully, Adan, Thief of Fire isn’t a terribly difficult encounter. He’ll occasionally use Flame of the Fell God himself, along with a few other fire spells, but melee users may stun him with heavy weapons, while magic users can simply stay their distance and utilize spells to chip away at his health. And after he’s dead, you’ll get your hands on Flame of the Fell God.