Grab this talisman to raise your maximum equip load by a large amount.

You have a lot of options in “Elden Ring”, especially when it comes to what kind of armor and weaponry you may use. However, you may occasionally discover that your equip load has reached its limit, resulting in sluggish and inconvenient rolls. But don’t worry; the Great Jar’s Arsenal talisman will dramatically increase your equip load, allowing you to return to rolling like a crazy. We’ll tell you where to find the talisman in this guide, as well as solve a riddle you may have encountered along the way.

The talisman of Great-Arsenal Jar’s is explained

The talisman of the Great Jar’s Arsenal increases your maximum equip load by 16-19%. (depending on your current Endurance level). This makes it ideal for setups who don’t want to spend a lot of time on Endurance but still want to wear heavier armor.

The item description for the Great Jar’s Arsenal talisman reads:

A charm that resembles a great jar overflowing with weaponry. Vastly boosts maximum equipment load. The great jar grants this talisman to their warriors. Carry as much as you can — grow big and strong.

Where to find the Great-Jar’s Arsenal talisman

The Great-Arsenal Jar’s is earned by completing a mini-quest initiated by the Great-Jar himself, who stands outside a closed-off arena in northern Caelid. You may have previously encountered this colossal jar on your travels and wondered why his discourse is stuck at a mere ellipsis. That’s because the purpose isn’t to converse with him; it’s to impress him. 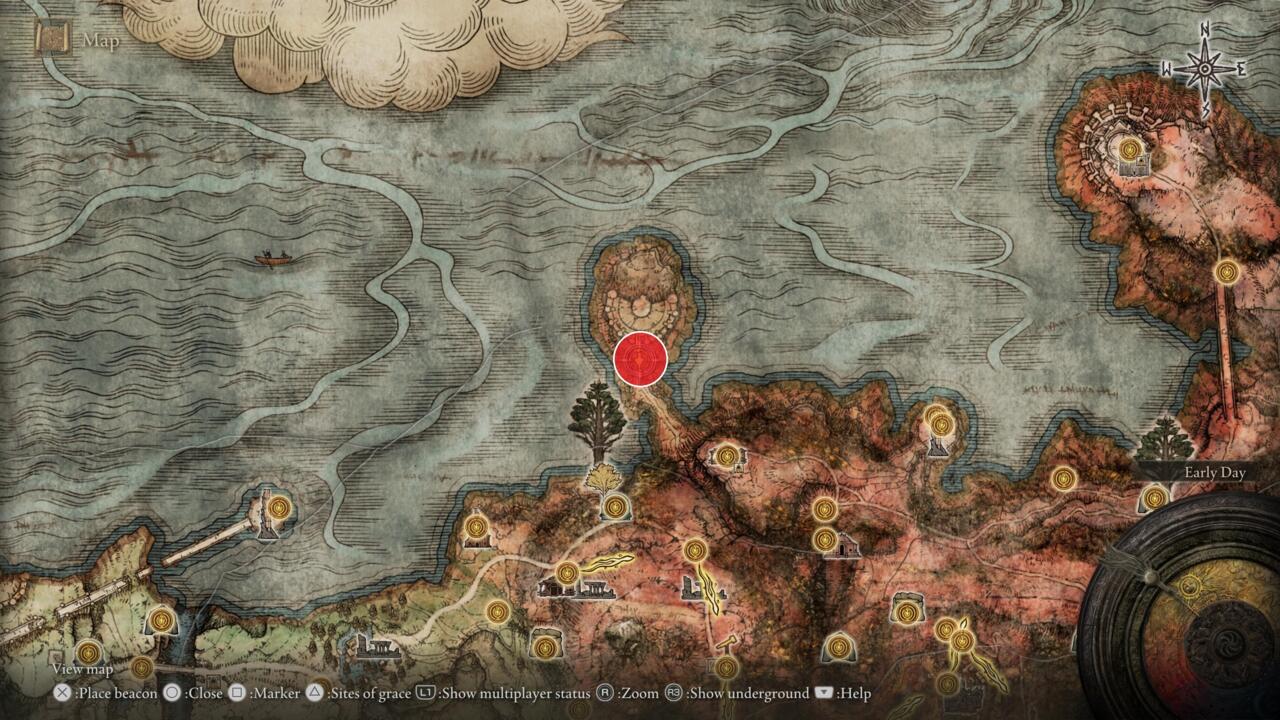 The site of the Great-Jar

Three red summon signs will emerge immediately in front of the Great-Jar once you’ve spoken to him. Each of them will call a randomized NPC known as a Knight of the Great-Jar, which you must beat in a single life to please the huge jar who will silently judge you like a jerk.

This mini-quest is best completed at a rather high level because to the great health and damage-dealing abilities of these NPC duelists. It’s not difficult at lower levels if you’re good at avoiding traps and making the most of your opportunities. You will, however, be rewarded with the Great-Arsenal Jar’s talisman if you opt to take on this challenge.

Ming-Na Wen In a Live-Action Trailer for “Elden Ring”