You’ll need Stars of Ruin to complete your quest for all of “Elden Ring”‘s legendary spells. This one, though, will need some work on your part in one of the game’s sorcery-related side-quests. But don’t worry; we’ve got all the information you’ll need to find this spell and add it to your collection.

Explanation of the Stars of Ruin

The spell Stars of Ruin takes 43 Intelligence to cast. It shoots homing stars towards adversaries, causing a lot of damage to their composure. As a result, it’s very valuable in PvP battles.

The item description for Stars of Ruin reads:

Legendary sorcery devised by Lusat, primeval sorcerers. Fires twelve dark shooting stars that pursue the target. This sorcery can be cast while in motion. Charging increases potency. When Lusat glimpsed into the primeval current, he beheld the final moments of a great star cluster, and upon seeing it, he too was broken.

What are the best places to look for Stars of Ruin?

Stars of Ruin may be found in Caelid’s Sellia Hideaway. While you can enter this extraordinarily well-hidden cave at any time, you’ll need an item obtained through a side-quest to obtain the spell. As a result, make sure you follow our Sorceress Sellen Quest Guide until you get to the point where she gives you the Sellian Spellbreaker and tells you to find Master Lusat.

Once you’ve obtained the Sellian Spellbreaker, travel to the area shown on the map below in northern Caelid. In this region, you’ll observe a sorcerer standing in front of a towering gravestone. There is an illusory wall behind the tombstone that you may break to gain entry to Sellia Hideaway. 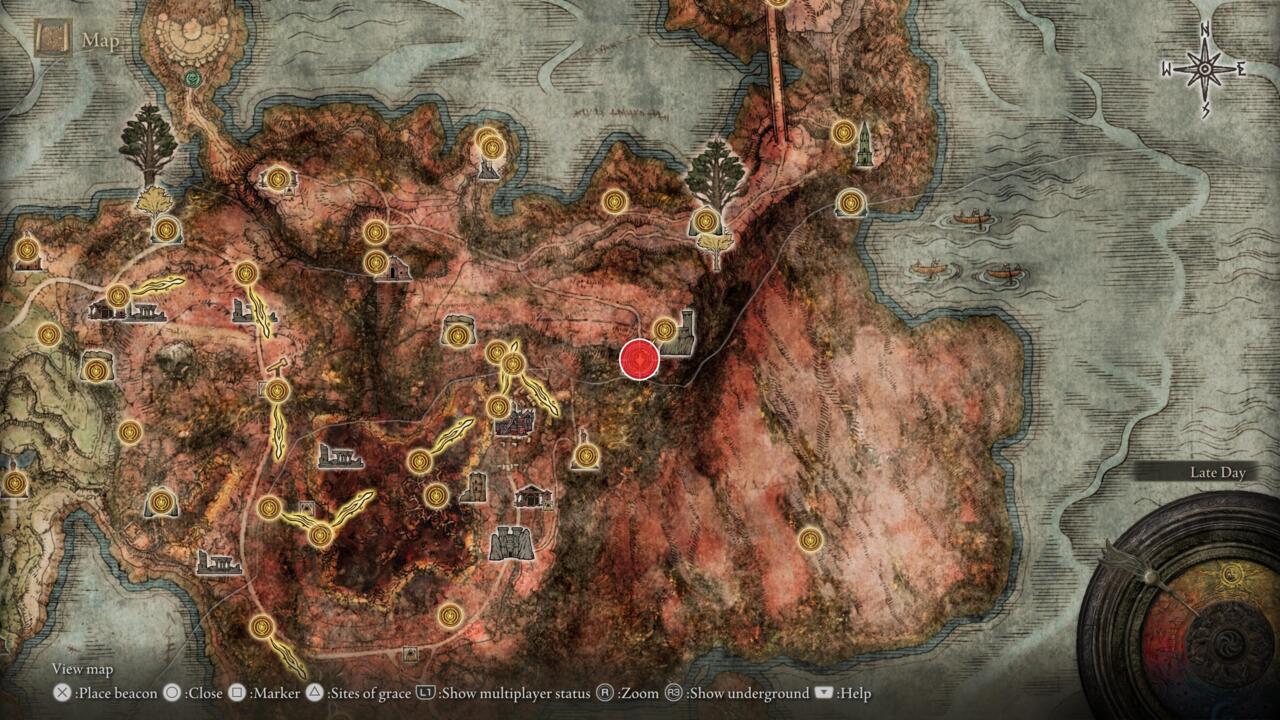 To go to Sellia Hideaway, break through an imaginary wall here.

Follow the straight path through this dark tunnel, killing the miners along the way. When you have the option of falling into a pit or traversing a crystal, choose the latter. Continue on, hopping over a few gaps until you reach another crystal leading down in the same way as before. If you see a crystal snail hanging out on it, you know it’s the proper one.

Following the crystals will lead you to a second pit. A barrier in the corner of this region may be opened using the Sellian Spellbreaker. Master Lusat may be found within, and conversing with him can gain you Stars of Ruin and advance Sorceress Sellen’s mission.