From Software’s role-playing games are replete with references to prior titles and typically contain many of the same weapons that fans have grown to love. “Elden Ring” is no exception, and one series mainstay that practically every Souls fan will be delighted to see return is the long and lethal Uchigatana katana. We’ll lead you in the right way to find it so you may use it for yourself.

The Uchigatana is a katana that can be wielded with 11 Strength and 15 Dexterity. While it isn’t the finest katana in the game, it is a respectable option for practically any sort of build, especially ones that focus in blood loss accumulation.

The Uchigatana’s default weapon skill is Unsheathe, which puts the sword in its tabard before unleashing it fast for an aggressive, high-damage assault. As a result, it is extremely valuable as an opening against unsuspecting adversaries.

The item description for the Uchigatana is as follows:

A katana with a long single-edged curved blade. A unique weapon wielded by the samurai from the Land of Reeds. The blade, with its undulating design, boasts extraordinary sharpness, and its slash attacks cause blood loss.

Where can I locate Uchigatana?

The Samurai starting class starts the game with Uchigatana, yet it’s still the simplest and earliest katana to obtain for everyone else. It may be found in the Deathtouched Catacombs in northern Limgrave. 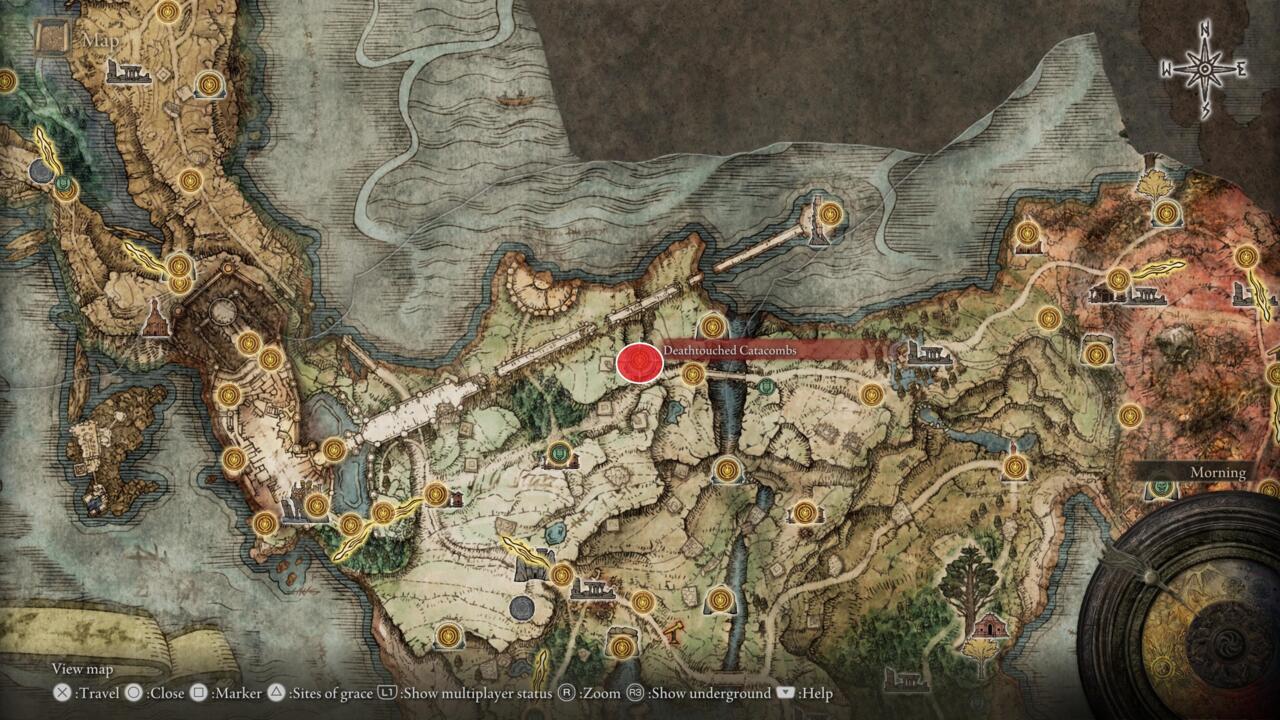 Follow the straight route down beyond the first skeleton you encounter from the dungeon’s Site of Grace, and then take the nearby steps down into a larger room. To the right of the stairs is an alcove with a small, relatively hidden entrance through which you can enter.

Simply follow the way forward and turn left into the next door after entering the door near the stairs. You’ll locate the Uchigatana on a corpse in this area, and you’ll be ready to take on the rest of the dungeon.