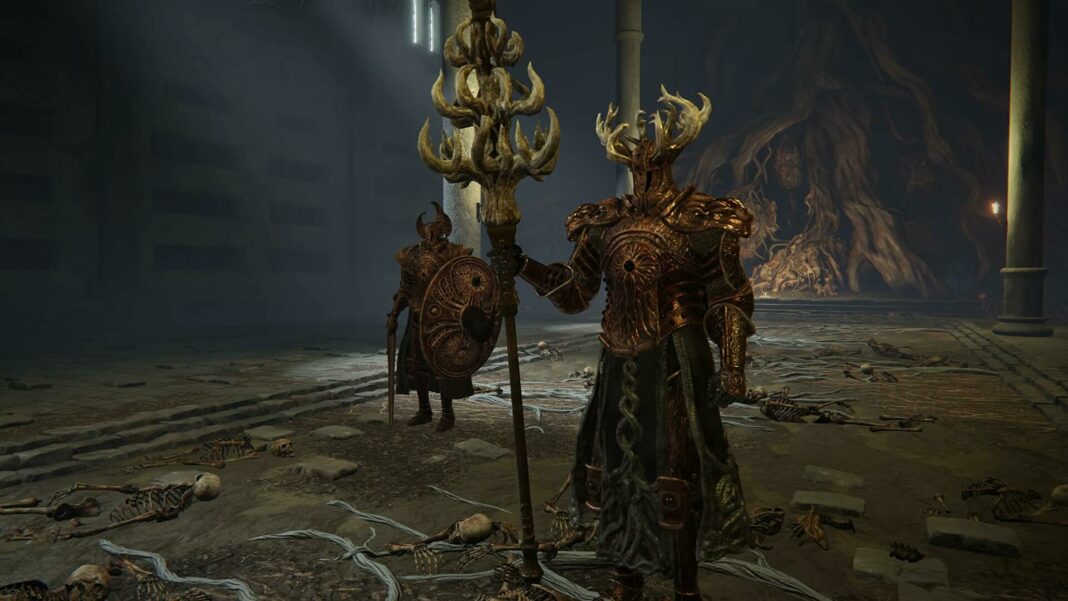 “Elden Ring’s” group boss fights have recently gotten a little easier thanks to a patch that was never even announced by FromSoftware.

Last week, YouTuber Illusory Wall (via VG247(opens in new tab)) posted the video below, exposing that FromSoftware has stealthily made various changes to “Elden Ring” without informing players. It turns out that “Elden Ring” patch 1.04 reduced the ferocity of boss encounters involving multiple enemies at once, such as the Valiant Gargoyles or the Godskin Duo.

When facing up against many boss characters, you’re now significantly less likely to be assaulted by them all at once, according to Illusory Wall’s study. The number of ‘principal’ attackers has been reduced, and boss characters that aren’t the lead attacker will remain in the background, acting far less aggressively than before.

This makes some of “Elden Ring’s” most infamous confrontations far more approachable to the ordinary gamer. You’ve probably heard players complain about the Godskin Duo being extremely aggressive at the game’s launch earlier this year, or the Valiant Gargoyles being a pair difficult to take on at the same time.

However, Illusory Wall points out that these adjustments haven’t touched every boss duo or group in “Elden Ring”. The Erdtree Avatar Duo and the Crucible Knights, for example, haven’t benefited from either of these adjustments. In any case, this fix should make most “Elden Ring” boss groups a lot less stressful than they were before.

Previous article1 Game Element Is Continuing To Be Netflix’s Biggest Horizon Challenge
Next articleNext Month, “God of War” Could Be Available on PS Plus