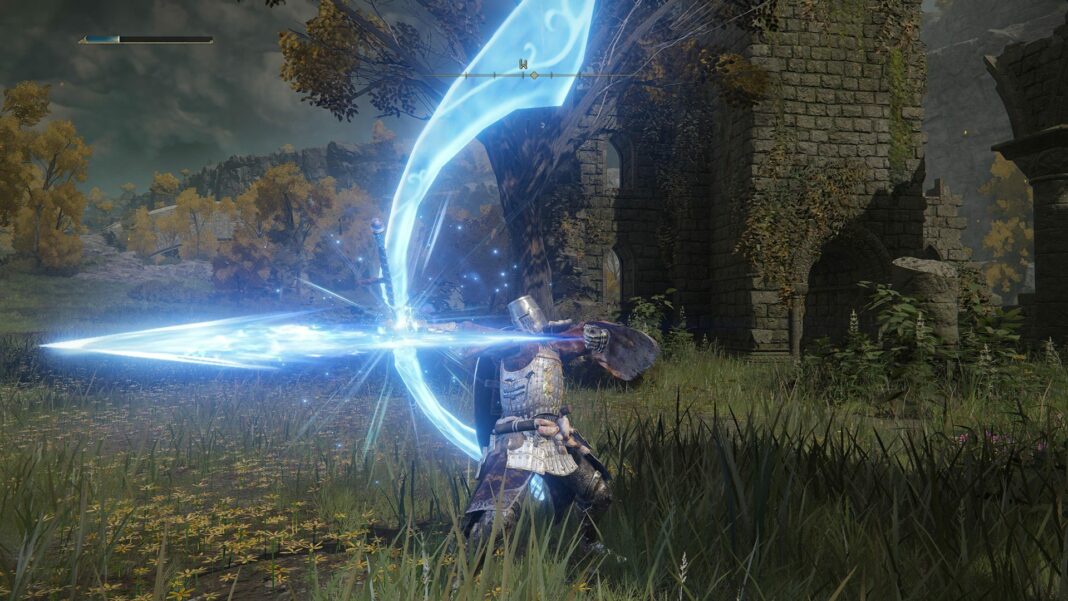 “Elden Ring’s” several beginning classes and immensely varied gameplay have been well received, but one hint has been unearthed that pushes players to use their Metal Gear Solid talents in an unexpected crossover. “Elden Ring”, an open-world action RPG, is already one of Twitch’s most popular games. While the latest game from the creators of Dark Souls has proven to be a struggle for many, “Elden Ring” goes above and beyond past FromSoftware titles in terms of assisting players in their progress.

FromSoftware’s games have earned a reputation for being challenging. “Elden Ring” includes hard gameplay that punishes players for making the same mistakes again and over, but it also has a lot of tools that may assist players grow. Players may summon support from ghostly NPCs or actual players thanks to new elements like the Spirit Ashes and the game’s much-improved coop multiplayer. A feature that allows players to post messages across the game’s universe returns from previous Souls titles. With a brilliant homage to Metal Gear Solid, one player’s post has been discovered to urge others to utilize stealth.

Reddit user Ravgn spotted one of “Elden Ring’s” lighted inscriptions that stated, “snake, Try stealth,” while attempting to overrun an opposing camp. According to GameRant, the helpful clue advises players to attempt being sneaky in one of the game’s first huge enemy camps, and it’s also a nod to Metal Gear Solid. The MGS series, which stars a renowned soldier known as Snake, is regarded as one of the finest stealth games of all time. Unlike the MGS series, “Elden Ring” does not enable players to hide in cardboard boxes or use a remote-controlled rocket launcher to blow up foes, but it does allow players to employ stealth to destroy enemies or avoid them entirely.

Although “Elden Ring” has experienced a few performance difficulties that have prevented the game from having a pristine launch, many gamers are enjoying it. Players have been able to test “Elden Ring” with a variety of playstyles thanks to the ten various starting classes. Some players love using the largest weapon they can find in Souls games, while others enjoy using the game’s strong magic spells. The game’s stealth mechanics, on the other hand, may be extremely rewarding. “Elden Ring’s” unique level design and diverse locations allow players to hide and even change into various items in order to avoid an attacker until the right opportunity to strike or flee arrives. In “Elden Ring”, several gamers have already made their own versions of MGS’ Legendary Snake.

Player communications in “Elden Ring”, like previous Souls games, might lead to secret monsters, important tasks, and hidden prizes. Hint messages may sometimes be pranks, such as encouraging players to jump off cliffs in the game in the hopes of discovering hidden sections, only to be met with the notorious “You Died” message. Messages glowing on the ground have been liked or hated since 2009’s Demon’s Souls, and viewing those rankings may occasionally assist players decide if the message is useful, creative, or a fantastic joke. The player who put the message will be healed if it is approved, so hopefully the Metal Gear Solid enthusiast who left the note in “Elden Ring” is getting a lot of healing.

Dr. Death Cast Appearances in Other Films and TV Shows