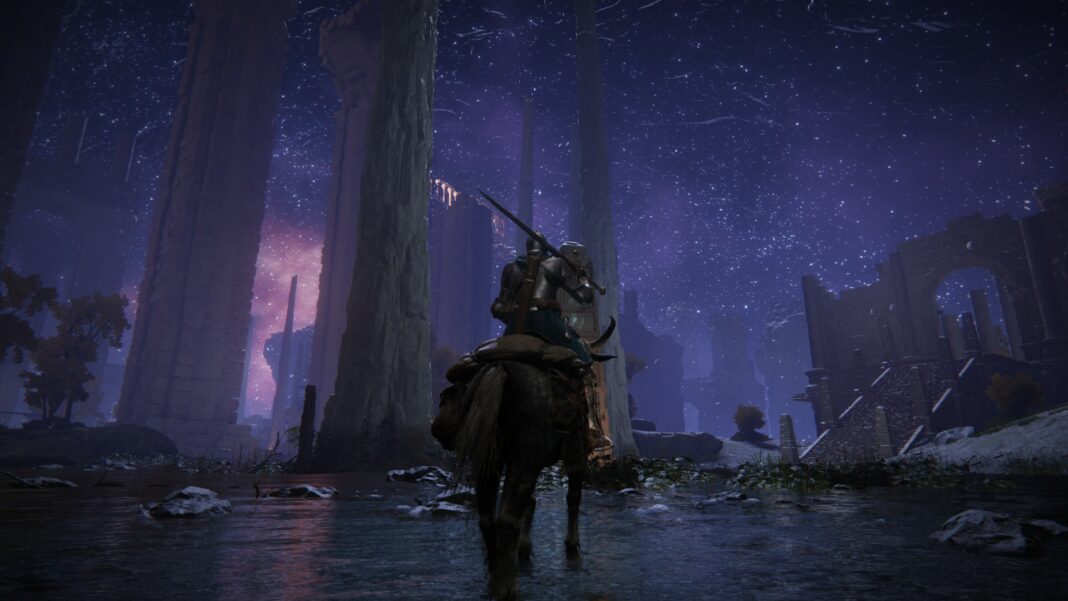 Welcome to “Elden Ring’s” Siofra River, an underground wonderland of beauty and suffering that you may have stumbled into before quickly realizing it was not a good place to stay. Siofra River contains a variety of late-game highlights, including two bosses that offer Remembrances and one of the game’s best Spirit summons. Even if you have a good set of gear, you won’t be able to visit the upper reaches of the River until you’ve completed one of “Elden Ring’s” major optional encounters.

In “Elden Ring”, how do you go to Siofra River?

To go to the river, you’ll need to take an elevator. The first is located in Limgrave, which is located northwest of Fort Haight. The Deep Siofra River Well can be found in Caelid’s Dragonbarrow, albeit its location and the place it leads to are far more perilous than Siofra’s original entry.

The Spirit of the Ancestor Must Be Resurrected

The Ancestor Spirit, a big deer eager to gift you its Spirit Ashes if you vanquish its earthly remains, is one of Siofra River’s early monsters. The Ancestor Spirit may be found in the Hallowhorn Grounds, although it can only be seen if the eight braziers scattered around and northeast of the river are lit. A swarm of phantom warriors prowl the terrain north of the riverbed. They may easily destroy you in one hit, especially the archers. If you tackle this encounter early in the game, be careful how you go, and utilize Fire and Holy damage to exploit the Ancestor’s weaknesses.

Take out the Horn Bow

A body can be found behind the stairs leading to the Hallowhorn Grounds. You benefit from their misery. The Siofra River may have been too much for this unfortunate traveler, but you may take their Horn Bow and use it to your advantage. The Horn Bow has a few unique properties that make it useful for any ranged class. The Horn Bow’s talent, Mighty Shot, improves the force of your bow blows, but the main draw is the magical damage it adds to each assault. It’s not only useful against magic-vulnerable foes, but it also means your magic arrows deliver nearly double damage.

Go on a search for Ghost Glovewort

When it comes to Spirit Ashes, you’ll discover Ghost Glovewort flourishing all over the place. These uncommon goods will be used to enhance Spirit Ashes with Roderika at Roundtable Hold. Unlike Smithing Stones, the number of Ghost Glovewort in the game is limited. Consider your options carefully before upgrading your Spirit Ashes. More Ghost Glovewort and Grave Glovewort can be found in the numerous vaults strewn across the Lands Between.

Nokron, The Eternal City, is a must-see

The western portion of the Siofra River, comprising the spires and destroyed structures just out of reach, is known as Nokron. They’ll remain out of reach until you beat Starscourge Radahn, at which point a meteor will fall from the sky, opening a passage inside Nokron. Several questlines, including Ranni’s and Fia’s, will be completed in this ancient territory. It also has a unique boss and the best Spirit summon in the game.

Resurrect the Spirit of the Royal Ancestor

The Ancestor Spirit’s Regal Ancestor Spirit is a more difficult version of the Ancestor Spirit. Before engaging it to fight at Nokron’s Hallowhorn Grounds, you’ll need to acquire another six braziers to revive it. You get a Remembrance for defeating the Regal Ancestor Spirit, which is similarly weak to Fire and Holy. You can buy Winged Greathorn or Ancestral Spirit’s Horn from Enia the Finger Reader at Roundtable Hold. If you haven’t already done so, you can replicate the Remembrance in Liurnia’s Mausoleum Complex, then bring it back to Enia to purchase the ability you missed the first time.

Take a look at the Mimic Tear

The Mimic Tear, largely recognized as the best Spirit summons by the “Elden Ring“ community, awaits you in Nokron. It’s the reward for defeating a boss south of Night’s Sacred Ground’s optional boss. The Mimic Tear, as its name implies, duplicates your current equipment and abilities. You can cheat this encounter by entering it naked and without a weapon, then rapidly equipping your standard loadout as the Tear forms. The Mimic Tear Spirit Ashes may be used to call a clone of yourself, making it a useful tool in “Elden Ring’s” more tough confrontations.

Become acquainted with a Demigod

And send them into the afterlife. Mohg, the Blood Omen, erected Mohgwyn Palace in Siofra River, though getting there will require some extra questing. Normally, the only way to go to Mohgwyn Palace is to use a teleporter in the Consecrated Snowfield, which is only available after completing the Haligtree Medallion. However, if you complete White-Faced Varre’s questline, he’ll escort you to Mohg’s palace for a meet-and-greet. This is a challenging battle, but if you win, you’ll gain nearly half a million Runes and a new Remembrance. You can reproduce Mohg’s Remembrance at any unused Mausoleum because he is a demigod.

Find out more about other “Elden Ring” game guides: