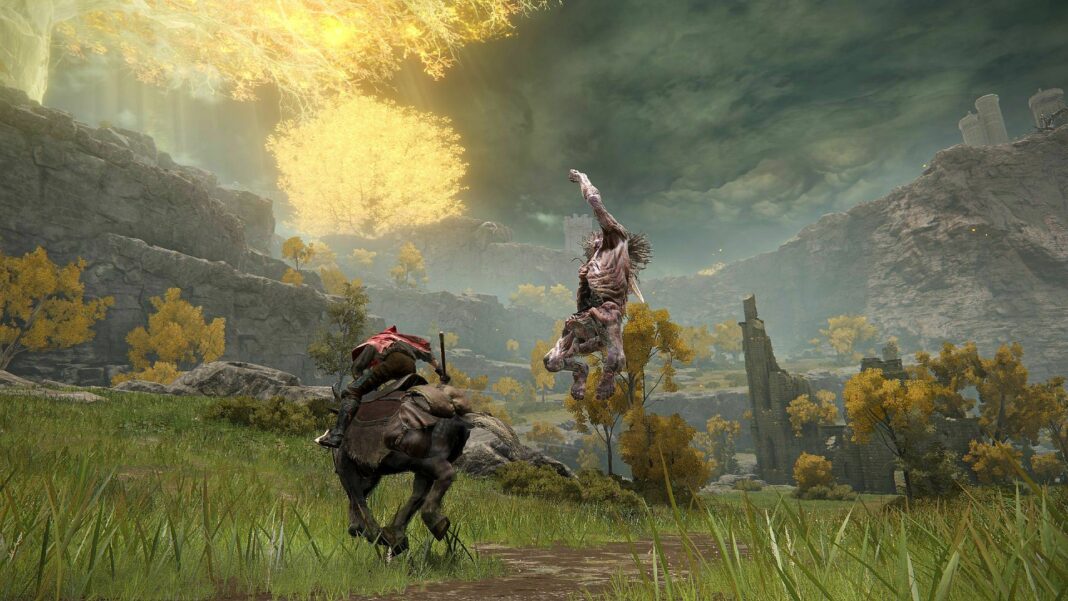 “Elden Ring’s” release is just hours away after years of anticipation, and gaming outlets and magazines have officially released their reviews, cementing the game’s position as the highest-rated FromSoftware title to date. Following on from some of the most highly praised games of all time, such as the Dark Souls series and Bloodborne, FromSoftware’s latest release, created in collaboration with fantasy author George R. R. Martin, has been one of the most anticipated releases on the horizon. While Martin has been impressed with “Elden Ring“, fans will have to wait until February 25 for it to be released.

“Elden Ring” will transport players to the new Lands Between realm, where they will assume the role of the Tarnished and train to become an Elden Lord. Last year, thanks to the hugely popular network test, which saw codes issued for a weekend of play, a few lucky players were able to playtest the game. The playtest received favorable feedback, despite the build resulting in data mining and a slew of spoilers being published online. While many fans were not chosen for the network test, it helped increase anticipation for the game, as many were thrilled with the combat, world design, fantasy-inspired plot, and history of “Elden Ring” even before it was released.

Those still on the fence about buying “Elden Ring” may be tempted by the game’s overwhelmingly positive reception, as seen by critic reviews and a Metacritic score of 98 (PS5), 94 (Xbox Series X), and 94 (PC). These ratings indicate that the game outperformed all previous Dark Souls titles, as well as Demon’s Souls, Bloodborne, and Sekiro: Shadows Die Twice. After garnering near-perfect scores from several publications and reviewers, the next FromSoftware game is already looking like a top contender for Game of the Year 2022.

“Everything about Elden Ring feels like a celebration of what FromSoftware has accomplished since the original release of Demon’s Souls, up to and including Déraciné and Sekiro: Shadows Die Twice. The open world genre is perfect for the developer’s penchant for hiding NPCs, quests, and items in obscure and hard-to-reach locations, and the Lands Between have been crafted in such a way that it’s nearly impossible to get too lost or overwhelmed at any given moment. Elden Ring is exactly what fans want it to be, and it very likely will become many people’s favorite FromSoftware title yet.”

“When judged on its own merits, Elden Ring is a phenomenal game that will disappoint very few. It has most of the components that fans of the genre seek: a wondrous aesthetic, a feeling of mystery that invites exploration, skillfully designed and intimidating adversaries, and rich gameplay with a lot of replayability thanks to the various classes and builds. In the end, Elden Ring is more than just an open-world Dark Souls. It is strong in its own right, with tweaks to the classic Souls blueprint that create a refreshing new experience that still feels familiar.”

“While minor technical issues and some dated graphics occasionally crop up, the art direction and world of Elden Ring is an absolute spectacle. It’s a very hard game, but one that affords you the chance to turn around, go off an adventure and come back later. And while it isn’t the revolution that Demon’s Souls was, it’s the closest FromSoftware have some to recapturing that magic once again.”

“Elden Ring is the natural next step for FromSoftware, which last delivered a huge fantasy world like this in Dark Souls 3. That game featured a sprawling, interconnected world, a vast armory, and an incredible amount to learn, wield, and discover. Elden Ring is that game amplified — it plucks the best from Bloodborne, with its compact, puzzle-like mini-dungeons, and Sekiro: Shadows Die Twice, which offered new levels of mobility and faster action.”

“FromSoftware doesn’t rewrite the medium’s rulebook, but does tear its own tenets asunder while reconstructing them into a cohesive whole that outclasses all that came before it. The Lands Between invites you to explore it with an unparalleled level of freedom, offering up a plate of seemingly impenetrable challenges and intimately constructed stories that are always a delight to indulge in. This is, without doubt, one of the best games in recent memory.”

“Elden Ring’s” stunning open environment, which offers a new change of pace when compared to other FromSoftware games, has been hailed in many reviews, as expected. Players will have more freedom of play than ever before when the world is opened up, providing new challenges as well as greater accessibility, which is critical considering the ongoing debate over the difficulty levels of games like Dark Souls, Bloodborne, and Sekiro: Shadows Die Twice.

It’s no surprise that “Elden Ring” received great marks based on the 2021 network test and FromSoftware’s previous game development experience. As with many games, it’s not reviewers’ assessments that will make or break a game, but player reviews, with fans’ first-hand impressions set to flood social media in the coming days. Although it may be argued that the game was always destined for critical and commercial success, “Elden Ring’s” extraordinarily good reviews – and its status as probably the best FromSoft game of all time – are likely to impress players.

Ozzy Osbourne on Randy Rhoads and Eddie Van Halen feud: “Randy failed to have a nice point to say about Eddie – they ended...