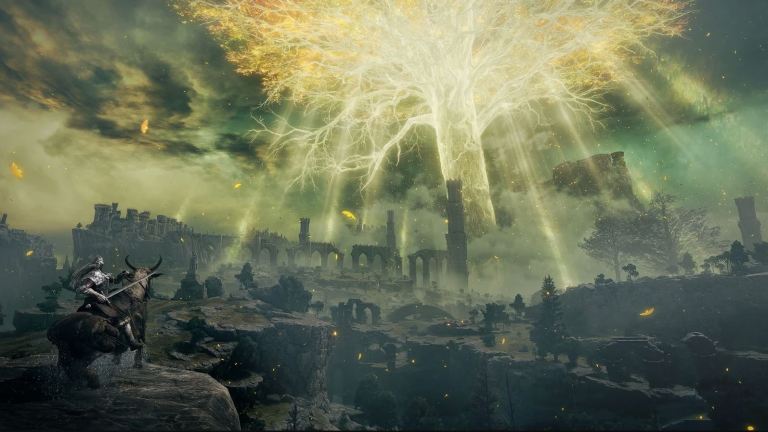 Recent ratings and minor leaks have provided convincing evidence that “Elden Ring” is nearing the end of its development. Its path into the public eye hasn’t been particularly long in comparison to other highly anticipated AAA games, having been first unveiled during E3 2019 with a mysterious cinematic trailer. Since its 2021 gameplay and release date reveal, FromSoftware leadership has been more open about its development, in-game content, and current state than many previous Soulsborne titles, with producer Yasuhiro Kitao most recently confirming “Elden Ring‘s” development was almost complete as of early October.

However, it looks that the game isn’t quite as complete as had been intended. The official “Elden Ring” Twitter account announced a new “Elden Ring” release date on Monday morning: February 25, 2022. This puts it about a month after the previously announced release date of January 21. Bandai Namco thanks players for their “trust and patience,” and points to the “Elden Ring” Closed Network Test, which will take place between November 12 and 14 (and for which participants can register now on the official Bandai Namco website), as the first chance to try out the game ahead of the new launch date.

ELDEN RING will release on Feb 25, 2022, as the depth & strategic freedom of the game exceeded initial expectations. Thank you for your trust & patience. We look forward to seeing you experience the game in the Closed Network Test in Nov.

The recently revealed Closed Network Test could be linked to a recent “Elden Ring” gameplay video leak, which showed the game’s protagonist traversing an open-world area in the Lands Between. Given that the November playtest is only a month away, it’s plausible that the leaker received footage of the build that will be available to Closed Network Test participants. The language in the “Elden Ring” tweet hints that the reason for the short, last-minute delay could be due to refinement, with the complexity of the game’s environment and mechanisms “exceeding initial expectations,” which could imply that some systems won’t be ready by January.

It’s understandable that “Elden Ring”, as the Soulsborne series’ first truly open-world game, has stumbled into development issues, prompting a postponement. A four-year production cycle for a game of this magnitude – “Elden Ring’s” globe size needs towers, fast travel, and other open-world genre features – is common, so one month’s extra wait isn’t as harsh as it could be otherwise.

Oxenfree 2: Lost Signals’ release date has been pushed back to 2023